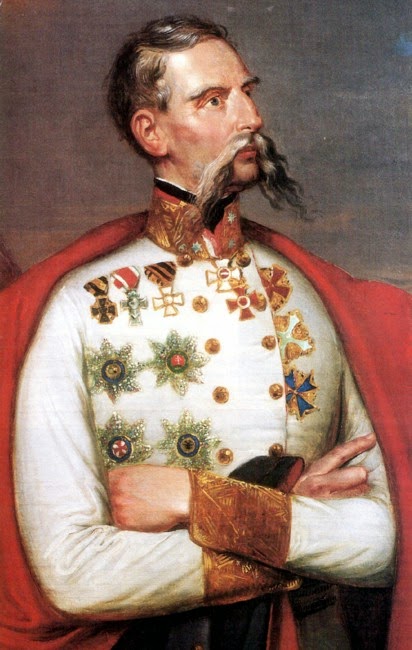 The story of General Julius Jacob von Haynau is somewhat illustrative of the problems which caused a steady decline in the fortunes of the Austrian Empire. A very controversial figure in his own time, loved by some, hated by others, his case is also indicative of the monarchist position in Europe today. During the Revolutions of 1848 he played an instrumental role in the preservation of the Hapsburg monarchy when the Austrian Empire teetered on the brink of destruction. Some regarded him distastefully as an unpleasant but necessary tool in the Austrian arsenal while others in Austria openly hailed him as a war hero and a savior of the monarchy, his troops dubbing him “the Hapsburg Tiger”. On the other hand, to others, particularly the Italians and Hungarians, he was known as the instrument of ruthless oppression and given more than one very unflattering nicknames by those he opposed. Yet, today, while Austria has forgotten him, there are those in Hungary who have not and so it is the critical view of the man that has lingered. Such criticism is, it must be said, not unfounded. He was a ruthless individual whose actions demonstrate why the Hapsburg monarchy was so hated by certain subject peoples. Yet, those ruthless actions were undertaken against internal enemies, people who von Haynau viewed as traitors pure and simple and thus not to be spared or pitied. 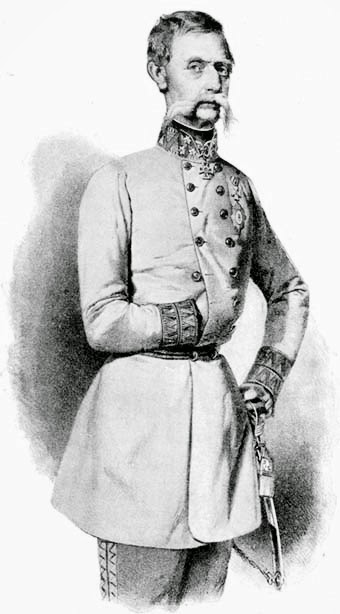 Strictly speaking, Julius Jacob von Haynau was a Hessian rather than an Austrian. He was born on October 14, 1786 in Hessen-Kassel, birthplace of Grimm’s Fairy Tales and source of some of the most prized German mercenary soldiers. Like many professional soldiers of history, von Haynau was of lofty though illegitimate birth being the natural son of the Hessian Prince-Elector Wilhelm I by Rosa Dorothea Ritter. It was the child’s paternal grandfather, Friedrich II, who supplied the famous Hessian troops to Britain’s King George III to fight in America. Wilhelm I recognized his son and made provision for his care and education. Like his grandfather (who had served with Frederick the Great), little Julius planned on a career in the army and because of his father was assured a place in the military as an officer-cadet. So, at the age of 15 von Haynau joined the Austrian Imperial Army in 1801. He proved a quick study and a capable soldier. With the outbreak of the Napoleonic Wars it was a particularly dangerous but essential profession. Still, he found time, on October 11, 1808 to start a family of his own, marrying Therese von Weber, appropriately the daughter of a high-ranking officer. The couple had a very successful marriage of over forty years before Therese died in 1850.

In 1809, only a year after his wedding, Haynau fought at the Battle of Wagram, where he was wounded in a crushing Austrian defeat at the hands of Napoleon. His father-in-law died the same year at the Battle of Aspern-Essling. It was a difficult period for Austria but von Haynau gained valuable experience in the art of war and continued to distinguish himself in numerous battles. His military star continued to rise as the Napoleonic Wars threw into sharp contrast where the talent and the incompetence was in the Austrian army. Even as a young officer von Haynau was known for being rather volatile and ill-tempered but very effective against the enemy. When he had an army of Frenchmen in front of him, his personality was a strength, his fury an asset but when battles were not raging he tended to clash with his superiors. Nonetheless, his violent tendencies on and off the battlefield were not an impediment to his career and he earned numerous promotions, rising to the rank of field marshal lieutenant during extensive and meritorious service from 1815 to 1847. He reached the pinnacle of his career with a reputation for fiery aggression and also with a deep-seated hatred of rebels, republicans and revolutionaries, no doubt due to experiences in the wars with France. 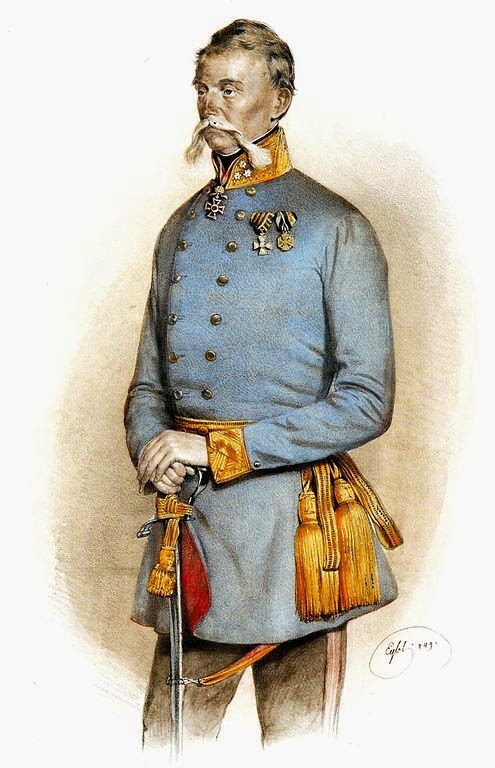 The Austrian Emperor had no more ardent servant and no more merciless guard dog that von Haynau. When revolutions began to break out and spread all across Europe in 1848, both his military talent and loyal ferocity became urgent necessities as the venerable Hapsburg monarchy stood in very real danger of total collapse. One of the first areas where rebellion broke out was in northern Italy, that region conquered by France but placed under Austrian rule after the Napoleonic Wars. Haynau arrived on the scene and set to work methodically suppressing the revolutionary outbreak. Austrian troops had withdrawn to their fortress and shelled the town of Brescia, causing considerable damage and then went on a rampage when the rebels surrendered. Haynau was unbothered by such actions. His was no ‘soft hand’ and brutal floggings were quite common in the period of Austrian rule but the most notorious actions he took, it should be remembered, were in reprisal to an atrocity by the rebels who massacred a group of wounded Austrian soldiers at a hospital in Brescia. Understandably outraged by such an infamy, von Haynau ordered immediate retribution, his Austrian execution squads working over time. This was, obviously, not cruelty simply for the sake of cruelty but was a natural reaction to a ghastly crime, something which is not always remembered. However, the violent temper of von Haynau meant that, while most of those who were executed were justly guilty, there were many innocent Italians who died as well.

Because so many were killed, and not just the guilty, von Haynau became a hated figure known to the Italians as “the Hyena of Brescia”. This was the image that became best known, while the atrocity of the rebels was often conveniently omitted of course. Still, it must be said that von Haynau was not terribly bothered by such name-calling and believed that such ruthlessness would instill fear and obedience. As such, being called horrific names was simply proof, to his mind, that he was succeeding in eliminating the enemies of his emperor. And there were certainly plenty of enemies to choose from, even as 1848 turned to 1849. One of the most serious rebellions to shake the Austrian Empire was in the Kingdom of Hungary and with so much trouble to quell in so many areas, defeating the Hungarian rebels was proving to be despairingly difficult. General von Haynau was recalled to Vienna from Italy and given orders to go to Hungary and put down the revolutionary forces there. So perilous was the situation that Emperor Francis Joseph had accepted the offer of assistance from Tsar Nicholas I of Russia who sent his reliable army in to aid in crushing the Hungarians. 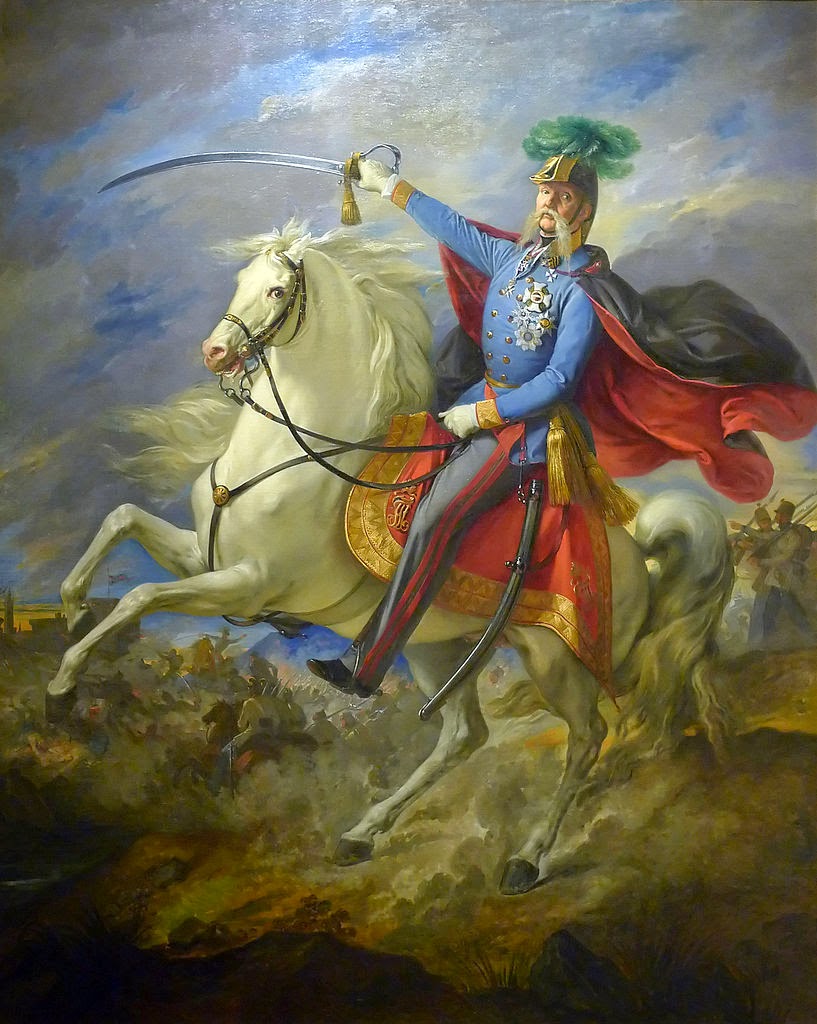 This gave von Haynau an added incentive. Not only was there his usual zeal to strike down harshly all those who opposed the Hapsburg monarchy, he also had to make sure that the laurels of victory were not taken by the Russians so that the locals would remember who it was who had brought them to heel. Haynau was convinced that the Russian army was not needed anyway and that, with his own troops who were veterans of suppressing revolt in Italy, the Hungarians could be easily dealt with by Austria alone. 1848 had been sufficiently disastrous that not everyone agreed and the helping hand of the “Iron Tsar” was not going to be refused. So, General von Haynau charged into Hungary with more zeal to succeed than ever before and, as usual, he was brilliantly effective at defeating the rebels and ruthlessly harsh in punishing their supporters. As in Italy, any Hungarian man or woman who was believed to have sympathized with the rebels were publicly flogged and all active participants were of course killed. The most famous (or infamous for most of Hungary) of these mass executions was the hanging of thirteen rebel Hungarian generals at Arad on October 6, 1849. For his success in suppressing rebellion, von Haynau was honored in Vienna and for leading them to victory his soldiers adored him. However, in Hungary he gained another nickname, “the Hangman of Arad”.

General von Haynau was appointed to a garrison command in Hungary when the trouble was over but, again, his temperament was not made for peacetime and he soon resigned after feuding with the local civilian officials. General von Haynau retired from the army and traveled around Europe, though his unsavory reputation reached across the continent and even to America. While visiting London he was assaulted by two laborers and more than once had to endure ugly scenes on his travels. He died on March 14, 1853 and was buried with all due honors for a man who had been a loyal soldier and defender of his Emperor and the Hapsburg monarchy. To much of the rest of the world, he was remembered as an almost storybook villain, his name being resurrected during the First World War even in Britain to stoke hatred of the Austrian enemy who most Brits were not sure why they were even fighting. 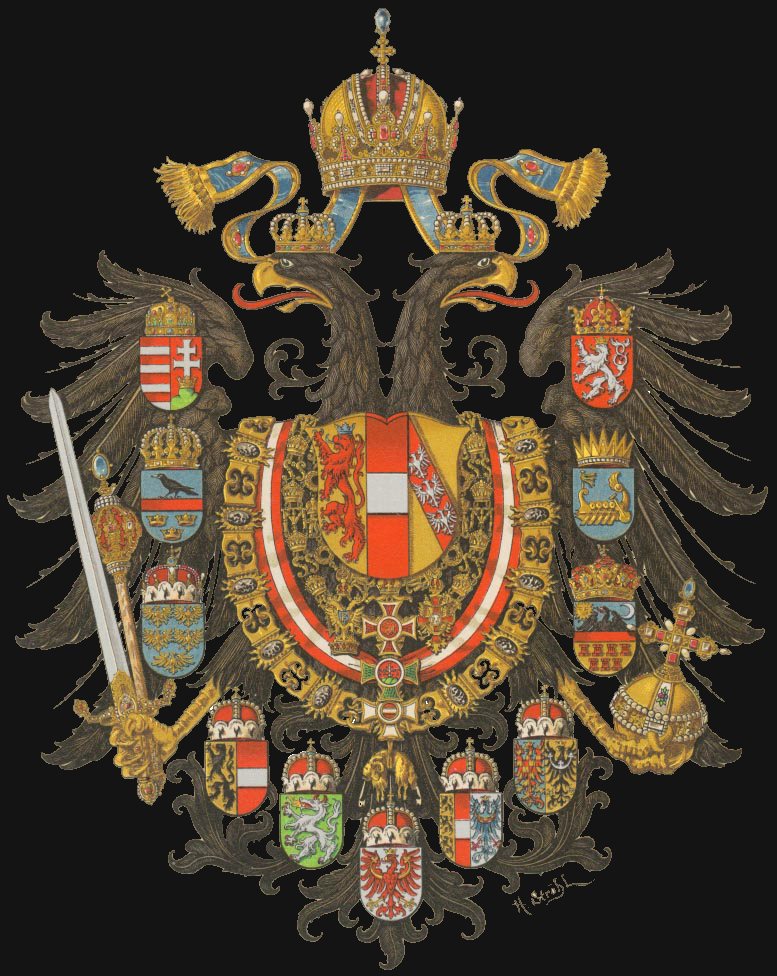 Was he harsh? Certainly, but his cruelty was cruelty with a purpose rather than simply being for its own sake and he was also a very effective soldier, a man who faced death and not just dealt it out. Today, when he is remembered at all, it is usually as simply an executioner or someone who had women beaten in public. This must be accepted as part of the reason why some were never going to be reconciled to Hapsburg rule, that is a price that comes with such measures. Yet, it should also not be forgotten that this was a man who had first faced death, seen battle and been wounded fighting in a gruesome world war spawned by a revolution and for him there were only two sides; the loyal and the disloyal. Today most tend to take for granted that anything and everything subversive must be tolerated but, in those days, treason was not taken so lightly and for very good reason. It is a judgment call as to whether the harsh methods of Haynau had an ultimately positive or negative effect but what is not disputable is that he was an excellent soldier, a loyal subject and an uncompromising defender of the Hapsburg monarchy.
Posted by MadMonarchist at 12:11 AM