The Example of Jordan 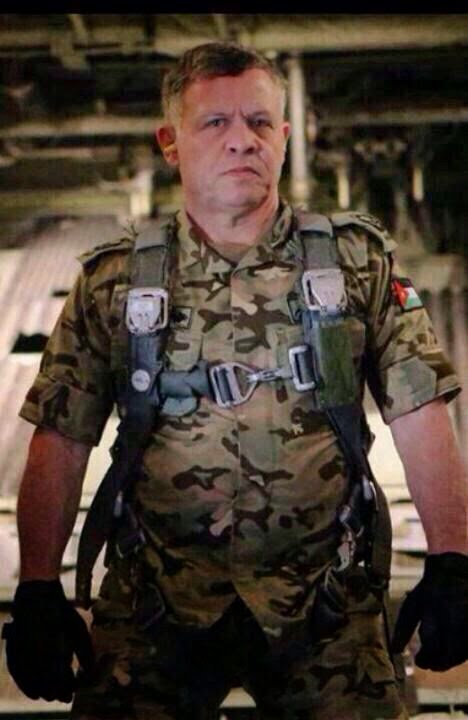 It was on this day in 1999 that Abdullah II succeeded to the throne of the Hashemite Kingdom of Jordan upon the death of his father King Hussein. The King of Jordan has been in the news a great deal lately with the horrific burning alive of a Jordanian fighter pilot by ISIS terrorists. King Abdullah, a trained combat pilot himself, put on his battle gear and called for swift retaliation against the barbaric criminals, inspiring people all over the world, from the United States to Japan, whose leaders could not or would not do the same in showing such a level of determination against the vicious enemy. With all of this in mind, it should be obvious to the viewing public that Jordan represents something of a ‘framework’ to solving many of the problems in the modern Middle East. Saying that it “should” be obvious, however, does not mean that it will be since no one seems willing to make the monarchist argument on the world stage. At a time when so many are praising the courage and leadership of King Abdullah II, this is the perfect time to point out that the Jordanian model should stand as an example to others of a monarchist solution.

The Kingdom of Jordan stands out in the Middle East as a country which, while having its share of problems and shortcomings as any country does, has a great record of strength and stability compared to those around it. Jordan is a small country, a little larger than the state of Indiana, a population of around six million with very little water and practically no natural resources to speak of. Its chief products has traditionally been barley, fruit and goats. It has nothing like the vast oil reserves of Iraq or even Saudi Arabia and there have been tensions between the native people and the very large number of Palestinians who make up a large part of the population. Yet, while neighbors like Syria and Iraq have had many more advantages, they have known numerous civil wars and spent many decades living under the heel of brutal socialist dictators while Jordan has carried on in internal peace and stability with a strong constitutional monarchy.

The King, like most in the region, has a great deal of power and is expected to actually rule his country and yet it bears almost no resemblance at all to its neighbor Saudi Arabia which is much more restrictive and where power is much more centralized. Likewise, while it is a Muslim country and the Hashemite Royal Family claims descent from the prophet Mohammed, it is not at all as harshly strict as Saudi Arabia is. Starting in the 1950’s women in Jordan gained much more freedom and it has a representative government with a bicameral legislature with the lower body being democratically elected and the upper body appointed by the King. If this sounds somewhat familiar, it should. After British and Allied forces drove out the Ottoman Turks in World War I the country of Transjordan (as it was originally called) was established with the Hashemite prince Abdullah ibn Hussein as Emir. From 1920 Transjordan was a British mandate that made steady progress toward independence so that by the 1940’s only a few British advisors remained. Total independence was recognized in 1946 but if any should doubt that the country was not practically independent before that, it is worth remembering that Jordan was neutral in World War II which, of course, it would not have been if it had been simply a British dependency. 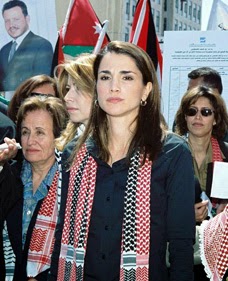 There were many problems, as with every other country in the region, concerning the independence of the State of Israel, Palestinian refugees and lingering ties with Great Britain, particularly as Arab nationalism became trendy in the 1950’s. However, Jordan and Iraq, which was also a Hashemite monarchy at the time, joined together in the Arab Federation or Arab Federal State in 1958 to counter the Egyptian-Syrian union (which was really Egyptian domination of Syria) known as the United Arab Republic. Neither lasted very long and the Iraqi monarchy sadly fell to a republican coup that ushered in an era of instability broken only by the stability of a brutal dictatorship. So, while Syria and Iraq have mostly been known for their wars and torture and tyranny, Jordan has gained a much better reputation around the world. Jordan is known as the country that made peace with Israel (though naturally tensions remain), the country with widely admired and respected leaders, male and female like King Hussein, Queen Alia, Queen Noor or King Abdullah II and Queen Rania today.

Everyone, in light of recent events, who is praising King Abdullah II for his bold stand against ISIS, should ask themselves why it is that Jordan is so often the home for refugees from places like Palestine, Iraq and Syria. They should ask why Syria and Iraq cannot have a ‘King Abdullah’ of their own, because the answer is that they easily could have! Iraq, in fact, did have and Syria had previously -even what is now Saudi Arabia had a Hashemite monarchy in the aftermath of the First World War. The Hashemites had led the Arab revolt against the Turks and were set to rule the newly independent countries that emerged from the fall of the Ottoman Empire. Sharif Hussein was to rule Arabia as King of the Hejaz but he was later overthrown by the Wahhabi-backed House of Saud who established Saudi Arabia as it is today. One son of his, Faisal I, became King of Syria with Prince Zeid (another son) as regent of Iraq and a third son, Abdullah, was made King of Transjordan. However, only the Hashemite Kingdom of Jordan has endured. The Hejaz fell to the Saudis, the Kingdom of Syria was overthrown by the French Republic and its monarch, King Faisal, instead became King of Iraq. The monarchy there endured somewhat longer but, as mentioned, was lost in a coup in 1958 when King Faisal II and the Royal Family were brutally massacred. None have benefited from such changes, I think any honest observer would agree. 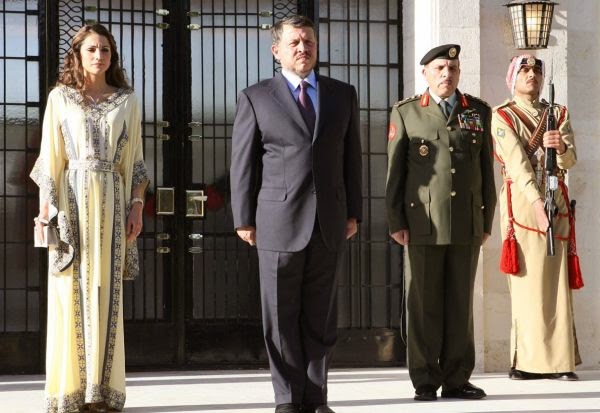 There are, of course, unique distinctions about the Middle East that make it a particularly difficult region to thrive in these days. However, as people today applaud King Abdullah II and call for greater unity and some sort of Arab coalition to wipe out the terrorist element, we should call attention to the fact that such a thing did exist, albeit very briefly, in the past and that it could, conceivably, come about again if only people and governments would follow the example of the formula that has proven the most successful. If things continue as they are, no one will suffer more than the Arabs. Already rebels backed by the Islamic Republic of Iran have brought down the government of Yemen, the elected government in Iraq is heavily influenced by Iran and the dictator of Syria and the powerful Hezbollah faction in Lebanon are practically Iranian owned. Someone is being encircled here and it isn’t Europe or the United States. This is not ’someone else’s fight’ but an Arab fight that the Arabs must take in hand themselves, as the King of Jordan has been doing. Other powers can give assistance but if we want real lasting peace and stability in the region some things have to change or, to be more precise, change back.
Posted by MadMonarchist at 12:09 AM