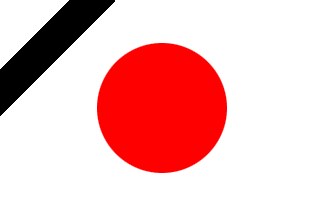 The terrorist organization ISIS is now claiming to have beheaded the second of their Japanese hostages, Kenji Goto (a Christian and father of three) who they had been offering to exchange for a female suicide bomber being held by the Hashemite Kingdom of Jordan. While most of the focus has been on the major republics involved in this conflict or those which are able to do something about it, monarchies like the United Kingdom and Japan have lost people to these barbaric criminals. Jordan has also been touched by it and other Arab monarchies have also participated in the campaign against ISIS, though not to the extent that most in the west would like to see. What, if anything, can the monarchies of the world do about this situation? Should they do anything at all?

The key question really is; what can they do? Unfortunately, things like the current social-welfare state that is so popular around the world has meant that there is not a single monarchy on earth at this point that is capable of any sort of extensive, independent, military operation. Even the most militarily powerful monarchy in the world (and the only one with nuclear weapons), the United Kingdom, has admitted that the British military has been reduced to the point that they can only take action in conjunction with another power, and the United States is "the only game in town" in that regard. It would be extremely difficult for the British to undertake any sort of rescue operation aimed at freeing ISIS hostages because British military resources are so scarce. As for Japan, such an operation is currently out of the question as it would be illegal because of the pacifist constitution the country has had since the end of World War II (and most American leaders would now like to see it amended and for Japan to strengthen its armed forces). And, in any event, such an operation would be likely to fail in any event as any hostages would likely be killed at the last minute. Even the United States, with all of its military resources and expertise, has failed at such missions.

So, is there nothing that can be done? To rescue current or future hostages, I would sadly have to say so. These people, and God bless them, have willingly gone to areas where they know that terrorists operate freely and where they are beyond the protection of their own governments. Some have gone for humanitarian reasons, some simply for business, but whatever the reason, my advice would be that it just isn't worth it -avoid the area entirely. However, as far as the overall situation with ISIS, no monarchy may be able to do much, but they are able to do something. Britain could send weapons to Kurdish forces fighting ISIS and Japan could send them some Toyota trucks that could be easily modified for military use. Beyond that, however, the situation becomes very, very difficult to navigate. For instance, in Syria, there are, broadly speaking, three factions: the dictator Assad, ISIS and the anti-Assad rebels such as the Free Syrian Army. Assad is on closest terms with powers like Iran and Russia, neither of which are friendly toward Britain. Russia is likewise hostile toward Japan and while Iran may not be, they are on very friendly terms with China and North Korea which are. So anything that helped Assad would not serve the national interests of Britain or Japan. The problem is, the anti-Assad rebels are often no better, in fact Kenji Goto first went to the area to rescue Haruna Yukawa who had been kidnapped by the Free Syrian Army. Both have since been be-headed by ISIS after returning to Syria. It is not uncommon for Syrian rebels to sell hostages to ISIS.

The local monarchies are in a similarly difficult position, though to some extent one of their own making. For years they promoted or at least allowed the spread of the sort of radical Islam that is now posing a threat to their regimes. They want to stop insurrection wherever it breaks out but it is also not good for their domestic popularity to align with non-Muslim states for any reason. This is something many, many people fail to understand when they look at the monarchies of the Middle East and are so quick to condemn them; they have their own dissidents to worry about and those dissidents are not opposed to them for upholding shariah law but rather for being insufficiently devoted to it. Even in Jordan, which is fairly moderate for the neighborhood, the elements that oppose the monarchy are more likely to have a problem with the King being friendly with the west or the Queen for hanging out with Oprah and Hillary Clinton than for the regime being too Islamic or authoritarian. It is because of this situation that I have said the best course of action would be to view the whole region as a minefield -mark it and stay out. Once things become more settled so that there is some power or faction it would not be detrimental to support, other decisions can be made.

If, however, that is not satisfactory, I would fall back on imperialism, no matter how distasteful modern popular opinion holds it. Be open and honest about it, but go in, choose someone to support, making it clear that he will be dropped in an instant if he doesn't stay friendly, and then give him all that is necessary to clean house on the terrorists. It would involve military intervention and one that would have to be sustained for some time. Personally, I'd like for the British to take a leading role in such an enterprise and insist that restored Hashemite monarchies be part of the end-game. But, Britain doesn't have the military muscle for that, nor would most of the British public be in favor of such a policy these days. Which, again, is why my most realistic advice would be to just stay far, far away from this troubled neighborhood, at least for the time being. There can be punitive strikes or covert operations as needed but for anything more, I couldn't see asking anyone's armed forces to do more until there is a viable goal that would be beneficial.

Additional Note: I should also add that when it comes to any confrontation with this enemy, I am firmly of the opinion that the "gloves should come off". They should be given no quarter and shown no pity. They are not common criminals and they are not legitimate soldiers or prisoners of war when captured. They are barbarians who should be wiped out. There is a reason why civilized countries, even before the Geneva conventions, adhered to certain standards of warfare; because if one side didn't, the other side wouldn't either. Playing by the rules with these types of animals does not uphold any moral superiority, it simply encourages people to be as ruthless as possible knowing that we won't respond in kind. They kill civilians, they are not acting under orders, they do not wear uniforms -they should not be treated with any degree of mercy at all. -MM
Posted by MadMonarchist at 3:14 AM