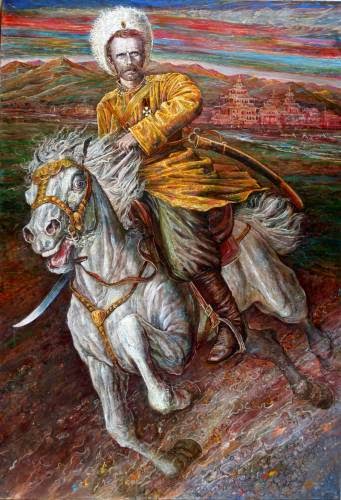 It was on this day in 1921 that the pan-monarchist army of White Russian General Baron Roman von Ungern-Sternberg (MM blog mascot) drove out the Chinese republican forces from the Mongolian holy city of Urga to restore the Bogd Khan ('Holy King') to his rightful throne. Sure, most consider him a murderous lunatic but he probably saved Mongolia from total extermination by his action. It was supposed to be the first step in an anti-communist, pan-monarchist crusade by the Baron, and a fine first step it was, but the ultimate goal was not to be achieved. At least not yet...
Posted by MadMonarchist at 1:41 AM