As most probably know, there is a large-scale protest going on in Hong Kong ostensibly over the issue of democracy. I say "ostensibly" because what is being contested here is a little more complicated than simply "democracy". The bandit government in Peking is not trying to withhold democracy from Hong Kong but rather to force on them a style of democracy more like that on the rest of the mainland where the government chooses the candidates the people in Hong Kong can vote for. In other words, the bandits in Peking have no problem with the people in Hong Kong electing their governor so long as the only candidates they have to choose from are all approved by the Chinese Communist Party. The bandits are, in this instance, caught in a tough position because it is becoming increasingly difficult to ignore the obvious fact that what is wrong in China, what is holding back this large country of immense potential, is the Communist Party itself. By allowing in a small amount of free enterprise they have seen China grow in prosperity but at the same time this runs counter to what the Communist Party has always stood for and it has given the people a sense of ownership and individual rights that were unheard of before. Hong Kong, initially, stood apart from all of this and continued to operate more or less as it had before as a British Crown Colony. But the bandits began to realize that this could not continue.

For most of China, the government was content to allow people a taste of private property and individual responsibility but never relented in their political totalitarianism. Hong Kong had both a free economy and political freedom and the bandits in Peking are afraid that, with the taste of economic freedom the rest of China has had, they will demand political freedom as well. This fear is not baseless. Already there has been a minor protest, a sort of "sympathy strike" in Shanghai by people supportive of the protesters in Hong Kong and who, by the way, stated they would also like some genuine democracy as well, meaning having more than one choice to vote for. So, the bandits in Peking are justly afraid that if they give in to the people in Hong Kong, other cities will follow their example and demand the same thing. What makes this even more absurd is the fact that democracy is not really the issue but the nature of the communist regime has forced it to be so. This is because Hong Kong did not gain such immense prosperity and become one of the areas of the greatest concentration of wealth in the whole world because of democracy but rather because of an almost accidental but nonetheless demonstrably wise policy of the British government. If one can even call it a policy as it was almost the lack of a policy.

What made the Crown Colony of Hong Kong such a success was what, to a lesser extent, made the American colonies such a success a few hundred years ago. In Hong Kong this policy went by the grand name of "positive non-interventionism" or what has been called in the history of the American colonies, the "benign neglect" of the British government. It means that the British colonial government in Hong Kong focused almost exclusively on maintaining order and security and left the people to their own devices otherwise. It was not because of democracy as there was no considerable amount of democracy in Hong Kong under Britain. The Royal Governor was appointed by far away London and yet the people had more freedom and prosperity than anyone else and didn't even mind, if they even noticed, the lack of democracy. There really was no need for it. Who cares if you elect the leader of your government when the government doesn't do anything anyway? All the Crown officials did was maintain the police, keep the streets open and see that contracts were enforced. Then there was also the British Empire (and after World War II the British ally of the United States) to scare away any foreign powers who might wish to do Hong Kong harm. As a Crown Colony, Hong Kong might not have been independent but the people were among the most truly independent in the world. The government did not interfere with their lives and competition drove success. 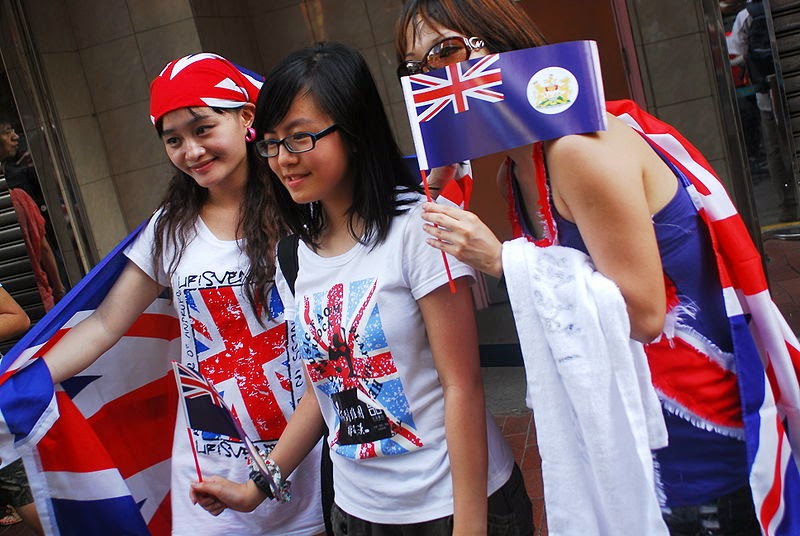 So, if the people didn't care about a lack of democracy before, why do they care now? Now they have to care because the Crown is no longer on hand to guard them. The British did not care if others in the empire followed the example of Hong Kong, in fact some did and still do to varying degrees, but the idea of a very small government that does not interfere with the economy or the everyday lives of the people is totally contradictory to communism, to socialism, to the system by which the Chinese Communist Party has always ruled, a system based on the idea that a huge government is essential to interfering with society in order to make everyone "equal". For the people in Hong Kong today, democracy is seen as the only possible defense they have against communist totalitarianism. It is a double-edged sword to be sure, and it is highly unlikely that Hong Kong would have become the success it is had it been in place from the beginning but at the moment, it is the only readily available weapon left in the arsenal. 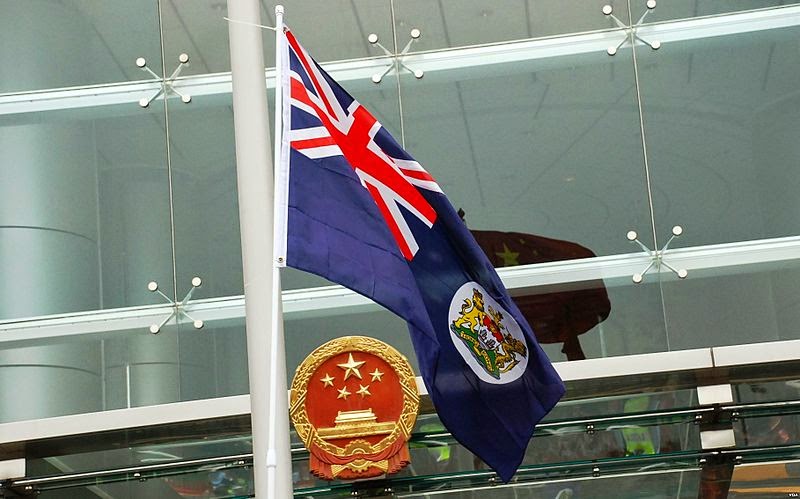 It may be worth pointing out that Hong Kong itself is a testament to the stupidity of those who paint with a broad brush all imperialism and, in this case, British imperialism in particular. As most know, I am a great admirer of the British Empire and yet, in my view, the Opium Wars and the way in which Hong Kong was seized was one of the more shameful pages of British imperial history. Yet, what in the end happened? Something good came from something bad. Hong Kong because one of the greatest success stories in the history of the world. This was not because of democracy but because of the monarchy, and that is not hyperbole or exaggeration. It was the Crown that allowed all people to rule themselves and there was no need to choose someone to rule them, it was the Crown that refrained from meddling in all sections of society so there was no need for democracy as a check on state power. The nature of the colonial administration was such that democracy was unnecessary. With very scant taxation at all, what need was there for representation?

Democracy is not a cure-all and if the protesters in Hong Kong achieve their desires, they will run the risk of being ruined by their own votes rather than the decisions of Peking. Yet, right now, there is no other viable alternative open to them and it would also be naive to think that the modern, liberal worldview (which so celebrates democracy even while seldom practicing it) has had no inroads on Hong Kong but given the choice between potential danger and certain danger it is no wonder the people of Hong Kong want to be the ones making that choice themselves. I hope they succeed and I hope there is no repeat of Tienanmen Square because this is a challenge to the bandits in Peking that positively terrifies them and they have shown no hesitation to resort to butchering their own people to maintain their grip on power. I hope it does not come to that, I wish there were other options to helping them but, more on that another time.
Posted by MadMonarchist at 1:55 AM