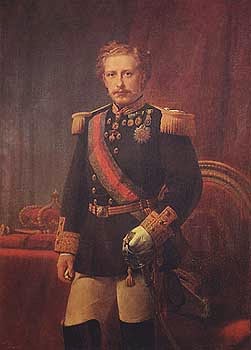 HRH Prince Luis Filipe Maria Fernando Pedro de Alcantara Antonio Miguel Rafael Gabriel Gonzaga Xavier Francisco de Assis Joao Augusto Julio Valfando de Saxe-Coburgo-Gotha e Braganza was born on October 31, 1838 in Lisbon, the second son of Queen Maria II and King Fernando II of Portugal. As heir to the throne he was accorded the titles of Duke of Porto and Viseu. His older brother, King Pedro V, after less than a decade on the throne, died in the cholera epidemic that swept the country in 1861, devastating the Portuguese Royal Family. As he had no heirs, the throne passed to his younger brother who became King Luis I on November 11, 1861 during a time of great turmoil in the world. Civil war was raging in the United States and Mexico, war was about to break out in South America between Brazil and its southern neighbors, in Italy a new kingdom had just been formed and in Africa the competition for colonial expansion was well underway. King Luis would do his best to guide Portugal through these troubled waters, an apt analogy considering his background was in the navy. He was given his first naval command in 1858 and had served in the navy for some time, visiting the Portuguese colonies in Africa. 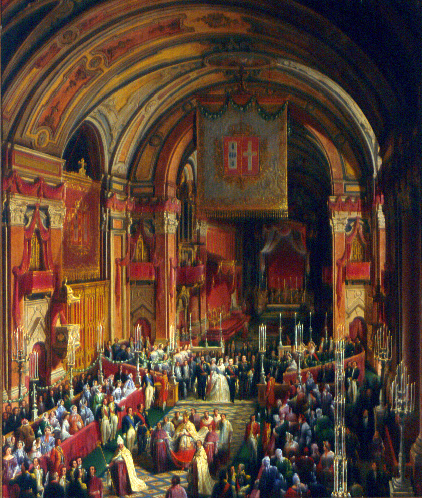 In 1862 King Luis married Princess Maria Pia of Savoy, daughter of King Victor Emmanuel II of Italy. She became much loved by the Portuguese people as the “angel of charity” and “mother of the poor” for her humanitarian work. It seemed a winning match and the couple would have two sons born in 1863 and 1865. A year later another child was stillborn and the King and Queen would have no more children together. The King did have one other son by a mistress and his infidelity is widely believed to have been the cause of the depression Queen Maria Pia fell into after several early years of what seemed like a happy marriage. This, perhaps, fits in with the rather renaissance character of King Luis. He was highly educated, cultured and possessed a great deal of intellectual curiosity. He spoke several languages, was an amateur painter, composed music and enjoyed playing the cello and piano. He had a fondness for literature, writing poetry and spent time translating Shakespeare into Portuguese. Oceanography was paramount in his scientific interests and he spent a great deal of his own money on oceanographic research vessels as well as establishing one of the first aquariums in the world, in Lisbon, which can still be visited today, originally to display his vast collection of marine life.

When it came to politics and government, unfortunately, King Luis was not to enjoy a very tranquil reign. There was constant power struggles between the liberal ‘Progressistas’ and the conservative ‘Regeneradores’ with the King naturally being partial to the conservatives. Portugal was in a precarious economic condition and, in an attempt to alleviate this situation somewhat, a consumption tax was passed which proved so unpopular that it sparked rioting in late 1867. Political problems boilded over on May 19, 1870 when a military uprising broke out with the support of the (long-time schemer) Duke of Saldanha who was serving a brief stint as Prime Minister. He lost his office over the affair though he might have lost more; the usually non-political Queen Maria Pia saying that if she were the king she would have had him shot. It was rather out of character but, on the other hand, an Italian woman with a fiery temper is hardly unusual either. It was also in 1870 that King Luis I considered the idea of putting himself forward as a candidate for the vacant throne of Spain but, probably wisely, he ultimately decided against it. As most know, it was another potential candidate for the Spanish throne that sparked the Franco-Prussian War of 1870/71. Such trouble was the last thing Portugal needed. 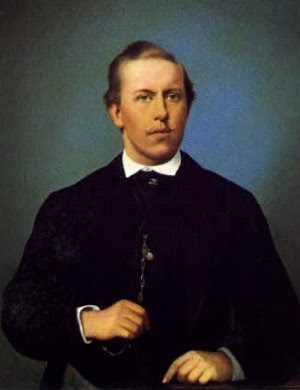 The Kingdom of Portugal had not been in the best of shape at the time of the invasion and wars with Napoleonic France and the situation had hardly had a chance to stabilize and recover since then. There was the split with Brazil, the “War of the Two Brothers” over the crown, problems with public health and modernization and a political scene characterized by corruption and power struggles edging out concern for the general welfare and the advancement of the Portuguese colonial empire. It all served to hamper Portuguese progress while other European countries surged further ahead. On the world stage, Portugal also suffered somewhat from the alliance with Great Britain, the oldest alliance in the world. In the past, Portuguese and British interests had never conflicted but tensions rose because of Africa. With the loss of Brazil, the Portuguese colonies in Africa became more critical than ever as leaders in Lisbon hoped that growth in Africa could revive the Portuguese economy. The largest colonies were Portuguese West Africa (Angola) and Portuguese East Africa (Mozambique) on the Atlantic and Indian Ocean coasts.

After the abolition of the slave trade, the Portuguese launched military expeditions to expand these colonies from small coastal settlements deeper into the interior of Africa. The famous “Rose-Colored Map” illustrated the Portuguese desire to cross the continent and join East and West Africa together into one large Portuguese holding that would stretch from coast to coast. However, the British were expanding north from South Africa rapidly and negotiations were further put on hold by the Berlin Conference which set out to settle the disputed claims of the various European powers in the “Scramble for Africa”. Concessions were made to both the French and the Germans to obtain their support for the Portuguese claim to the interior which was considered even more vital after the Berlin Conference recognized Belgian rights over the Congo, further limiting the potential area of expansion for Portugal. It was, however, Portugal’s long-standing ally of Great Britain which thwarted the plan represented by the “Rose-Colored Map”. The Portuguese claim could simply not be reconciled with the desire espoused by Cecil Rhodes of British control of Africa from “the Cape to Cairo”. 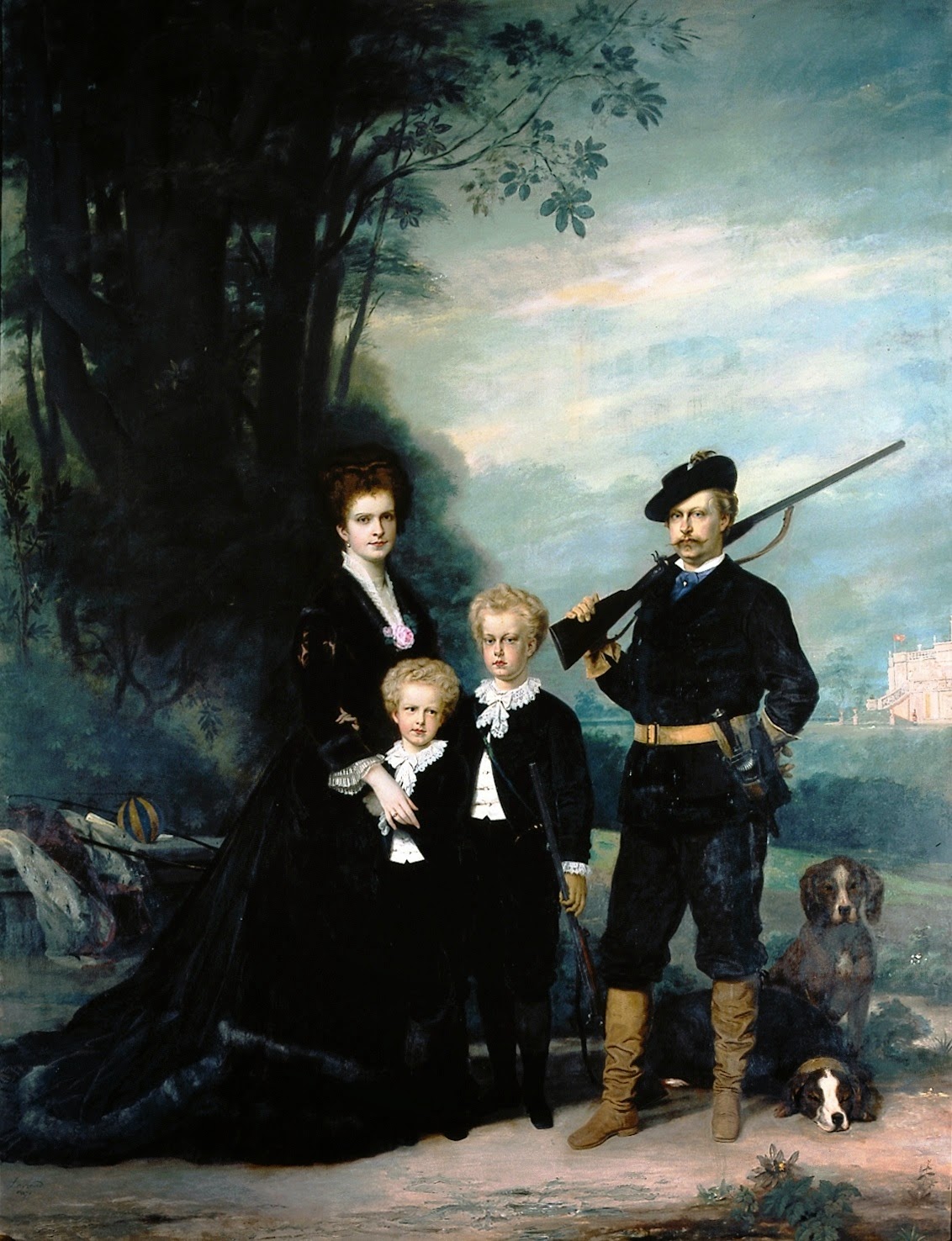 King Luis I, however, would not be around to see the resolution of this situation. Any effort to look beyond the constraints of petty politics were thwarted by infighting between the two major parties with the King coming under criticism by the progressives who accused him of favoring the conservatives. By the end of his reign a number of more radically leftist parties were formed such as the Socialist Party and the Republican Party, both of which wanted to sweep away the entire history and traditions of the Kingdom of Portugal. King Luis I was caught in the middle of all of this and it was not an enviable position. For a man who admired so much the beauty of art and music, the political situation around him became increasingly ugly until his sudden death on October 19, 1889 at the age of only 50. He was succeeded by his son, King Carlos I, who inherited a very troubled kingdom. In 1890 the British government issued Portugal an ultimatum which threatened to break off diplomatic relations with Portugal unless the Portuguese withdrew all forces from the highlands of the interior of Africa and recognized British control over the territory between Angola and Mozambique. Carlos I had little choice but to agree or face a possible war and the public was outraged. Most considered it a betrayal by their oldest ally and the republicans used it to spread opposition to the monarchy, accusing the King of “selling out” Portuguese interests.

Today, many unfairly blame King Luis for the ills that befell Portugal later and which ultimately brought down the monarchy. To do so is to hold him responsible for events which were far beyond his control. He was certainly not responsible for the wars that preceded his reign and he was not an absolute monarch who could rule however he wished. All he could do was try to bring the feuding political elites together but despite his best efforts they simply would not be reconciled. He was a thoughtful, well-rounded man who had every quality for a successful constitutional monarch. His people recognized him as such even if subsequent generations have not, calling him “Luis the Popular” and “Luis the Good”. Had he been a masterful statesman things may have gone better, presuming the politicians would have listened to him, but even as it stood, the public recognized that he was still the most upstanding man in the halls of power and appreciated him for it.
Posted by MadMonarchist at 12:07 AM