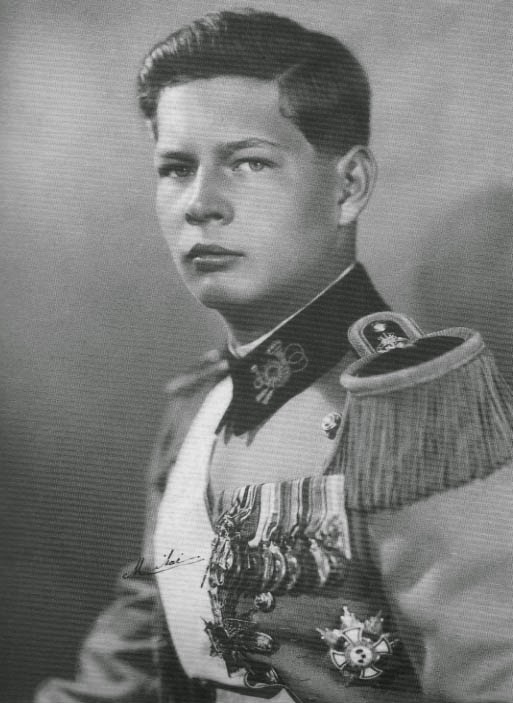 There is an increasing reason to hope that the cause of monarchy may be making a comeback in Eastern Europe/the Balkans. Montenegro (which we recently discussed) has restored its monarchy in all but name, just requiring one more step really to make it official; in Serbia the Crown Prince enjoys widespread support, has the backing of the Church and has established connections with many influential figures; in Bulgaria, despite some setbacks in the past, politicians supporting a restoration have made gains recently; in Albania the heir to the throne is working with the government; in Hungary, although still a republic, the official designation of the country has dropped the word “republic” in favor of “The State of Hungary” of simply “Hungary” and the new constitution at least makes reference to the Holy Crown (of St Stephen) as part of the national coat-of-arms. And, finally, there is Romania where support for the former monarchy seems to be growing. Certainly it would be great to see the monarchy restored in the lifetime of King Michael, a fitting tribute to him personally and the correction of a gross historical injustice.

As more politicians are running for office who have voiced support for restoring the monarchy, more people in the halls of power in Bucharest or those hoping to be, have started to shift in a more monarchist direction. In the current presidential race going on, several of the top contenders have said they would like to see the monarchy restored while others have obviously concluded that monarchist support is considerable enough in Romania not to be discounted. Because of this, politicians who have a history of republicanism and who have not endorsed the idea of a royal restoration have, at least, tried to assure the people that they admire the Royal Family and have the utmost respect for the King. Opinion polls are still not quite where we would want them to be, however, from listening to Romanian politicians one cannot help but wonder if they know something we do not. Even those who have been adamant about being republicans have begun to say that, while they favor keeping the republic, would be supportive of having a referendum on the subject so that the public can vote on whether to restore the monarchy or not. The staunchly republican head of state, President Traian Basescu (a former communist) has said that he has no objection to a referendum and that the former monarchy will be an issue that the government will have to somehow deal with. 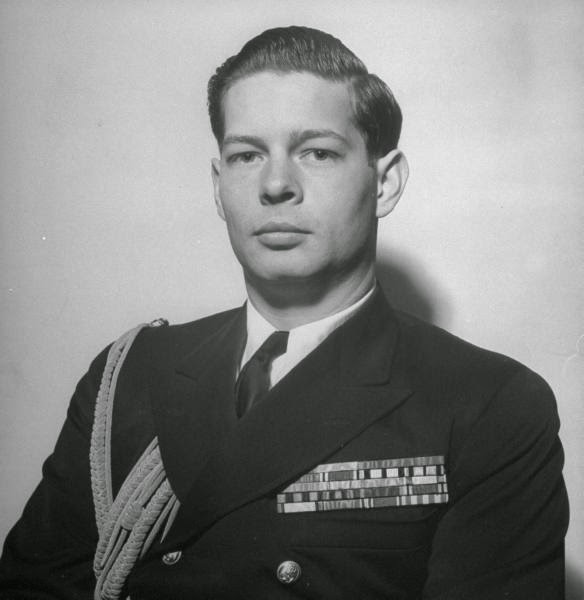 More and more Romanian leaders are saying that they either support the restoration of the monarchy or that, at least, they would not oppose putting the issue to a vote in a public referendum. This is, of course, positive news and would seem to indicate that there could be a groundswell of monarchist support in Romania. I would say there is every reason to be cautiously optimistic but keeping in mind that royalists have always had to fight against the odds. Once politicians have power and, aside from power, the most prestigious position in the country (head of state) they have never wanted to give that up. A public referendum that votes in favor of restoring the Romanian monarchy and a government that carries out this wish would be truly groundbreaking. Monarchies being restored is rare enough to be considered a positive phenomenon on its own and it is almost as rare to have a republic willingly give its people the chance to choose on whether to restore a monarchy that has fallen. When we look at modern examples of monarchies being restored, they have not looked like this. In Cambodia there were extraordinary circumstances. The Vietnamese had overthrown the previous regime, the United Nations was brought in and in that case the monarchy was restored without disturbing the existing rulers who had been put in place by Vietnam (and who have remained ever since). In Spain, Generalissimo Franco restored the monarchy in name fairly early on and then, rather than have a vote, designated Prince Juan Carlos to take power upon his death, after which the Spanish government made it clear that King Juan Carlos attained his throne based on hereditary right rather than the wishes of Franco.

That is an important point because, if the ruling elite in Romania were honest and honorable people (I know, it sounds absurd to even say) they would restore the monarchy immediately and then, if King Michael was agreeable and the political parties insistent, give the people a referendum on keeping it. That is because the current Romanian regime is completely illegitimate. King Michael lost his crown by the extortion of Soviet Russia and every government since his overthrow has been illegal. As soon as the communist bloc crumbled, the King should have been restored to his rightful place immediately after which a legitimate government could have decided where to take the country from there. If there is a referendum and if it ends in the way we would all hope, calling for the restoration of the monarchy, it would simply be recognizing what should already, justly, be the case -that Michael I is the King of Romania and always has been, by hereditary right and the long-established laws of the country. 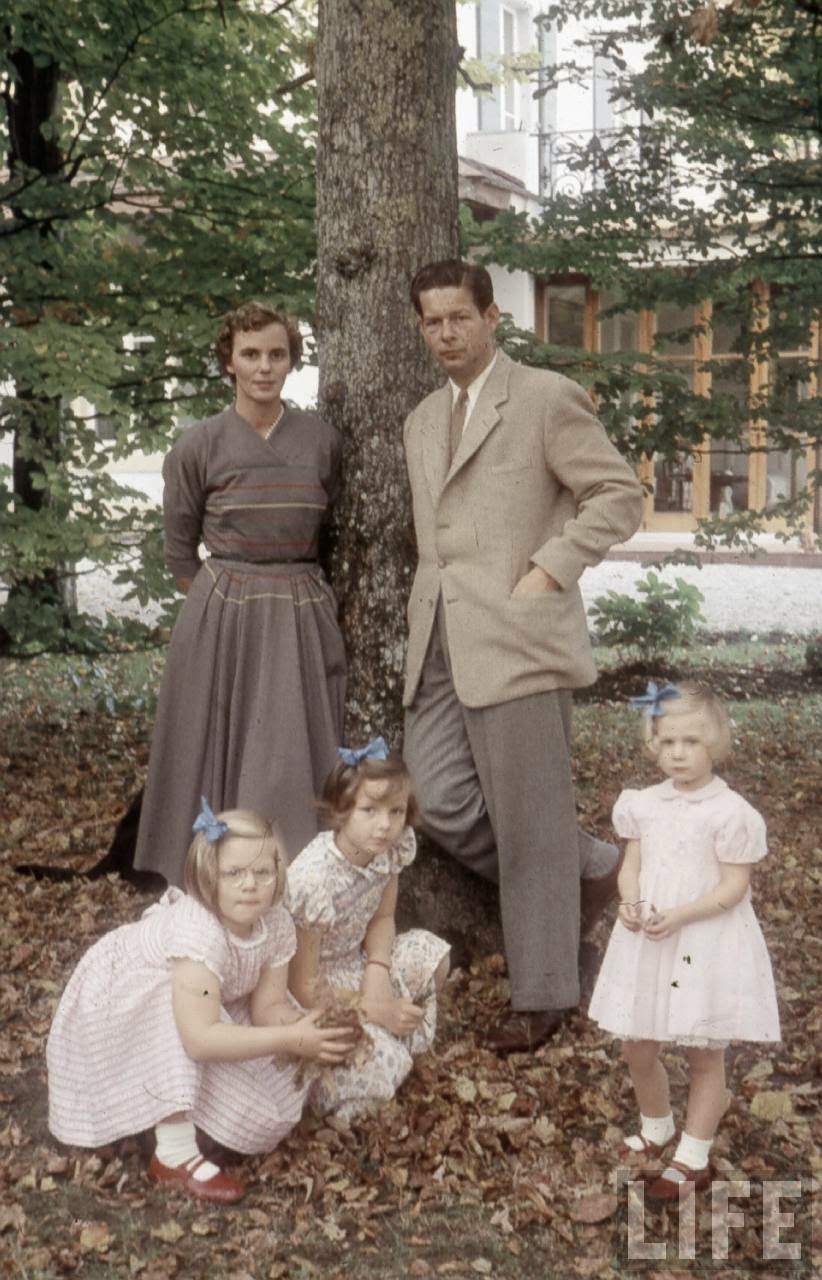 I would, of course, be in favor of the government declaring the restoration of the monarchy tomorrow (if not today) on that basis alone, that King Michael is the legitimate monarch and has been since his accession (whichever of the two you may prefer). The fact that so many seem to be at least somewhat supportive of a restoration without doing this tends to make me rather skeptical and the conspiratorial part of my damaged mind starts to run wild. As stated above, the public opinion polls about a restoration are still not where most monarchists would like them to (like, 100% in favor) and so I cannot help but wonder why there is this sudden burst of support for the monarchy or, at the very least, a fall-off in those who are adamantly opposed to it. Politicians seeking election are the most untrustworthy of creatures and I fear that there one or two reasons behind this depending on the individual politician. On the one hand, I fear this is nothing more than political pandering; politicians trying to gain the support of the monarchist minority by pretending to be on our side only to then forget their promises as soon as they gain power. I fear this is like Hitler sending Goering to Doorn to pay court to the Kaiser. They don’t mean it, they have no intention of following through on it but they are just trying to say sweet things to the monarchists to get their votes.

On the other hand, I fear this sudden shift by such prominent republicans towards a referendum on the monarchy (rather than an immediate restoration on legal grounds) is a case of the ruling elite trying to head the monarchists off at the pass (if I can use a little western jargon). In other words, if they think that there are enough Romanian royalists to make a referendum happen, to make them have to deal with the monarchy as an issue, they may be trying to do it now at a time when most polls show that there is not yet majority support for a restoration. They may want to have the referendum sooner rather than later because, as things stand now, they are confident that they (the republicans) will win and then they can dismiss the issue as having already been dealt with, ‘the public has spoken, the cause is finished’. We know from other examples that this is how republicans tend to operate. When a referendum goes their way, the issue is settled but when it does not, that simply means there have to be more referendums until the public ‘gets it right’. 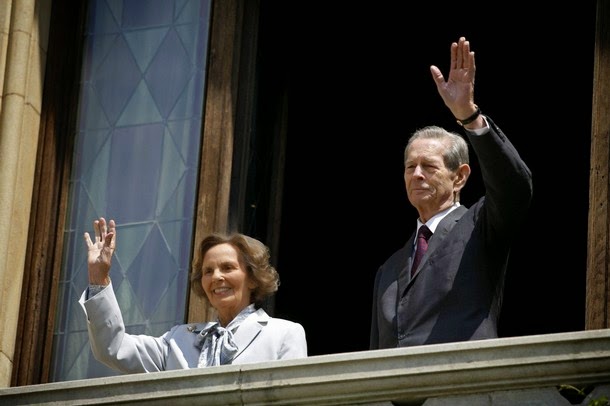 Again, everything that has happened has been very positive. It is good news and obviously preferable to the alternative. That being said, we have no reason to be too trusting when it comes to politicians and I will not desist in being critical until the monarchy is actually restored. I hope there will be a referendum, I would be glad to see one at a time when the public has been properly informed on the subject but just the promise of a referendum is not enough for me, nor would the referendum itself because this shouldn’t be about public opinion but rather about doing the right thing and restoring the last legal, valid, legitimate form of government Romania had before the period of communist enslavement. I would say to the loyal Romanians, support those candidates who support the monarchy but take nothing for granted and if they win, hold their feet to the fire to make good on their promises. Make it clear that your support is not unconditional and that the restoration of the monarchy is a non-negotiable issue. There is reason for hope here but no cause to be overly optimistic.
Posted by MadMonarchist at 12:06 AM