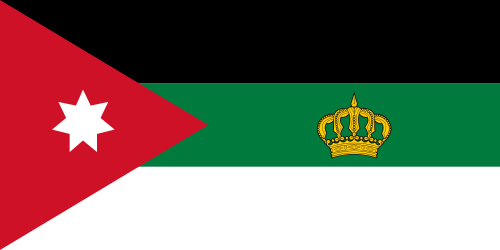 The word reached me on Monday night that, for the first time, bombs were falling on the areas of Syria dominated by the terrorist group ISIS. The military effort includes no Europeans with only France participating in the bombing of ISIS targets in Iraq but wanting no part of any attacks on the Syrian side of the border (at least not yet, others may join if they think it prudent later on). The coalition includes the United States of America, the Hashemite Kingdom of Jordan, the Kingdom of Saudi Arabia, the United Arab Emirates, the Kingdom of Bahrain and the Emirate of Qatar. Yes, ‘one of these things is not like the other’ and, certainly in my opinion, ‘one of these things just doesn’t belong’. An officially secular democratic republic fighting alongside five Islamic absolute monarchies. Why the United States is involved at all is beyond me. It is certainly not because it takes a military superpower to take on ISIS. The lavishly wealthy gulf states have the means to do the job all by themselves and being fellow Arab Muslims also have some advantages that America lacks. In terms of equipment, much of their military tech was purchased from the United States anyway. I would be pleased if the United States stayed out of this Islamic civil war and focused on keeping terrorists off of American soil and weeding out there sympathizers already in residence (which I think would also be good advice for Europe though Europe has more reason to be interested than America being as they are closer to the region and have economic ties with the areas involved).

Having a look back at my posts on Syria last year, I see that nothing has really changed. My position is still that this is none of America’s business and the U.S. President remains bewilderingly inconsistent. ISIS is not a direct threat to America or Europe and bombing Syria and Iraq into little pieces will do nothing to benefit American or European security, only preventing terrorists from gaining access to these countries and weeding out their sympathizers already in residence will do that. However, ISIS does pose a very real threat to the monarchies of the region and I am glad to see them taking at least a partial role in the campaign against them. The problem here, as I see it, is that there is no way to fight one group of bad guys without inadvertently assisting another group of bad guys. The ISIS fanatics are so nuts that they pose a danger to everyone in the region, whether it is the secular republics in Syria and Iraq, the religious monarchies or even the theocratic state in Iran. ISIS has threatened Europe, America and Russia as well as all of their co-religionists whom they deem ‘not Muslim enough’. Taking down ISIS means taking down a major threat to the Assad regime in Syria (which last year Obama told us was so terrible) and would also be doing a big favor for Iran and their allies that have been in control of Iraq ever since Saddam Hussein was toppled.

This is why I think it is prudent for Europe to stay out of it and would have preferred for America to do the same. No matter who wins, you still lose. What is most concerning is the threat posed to the monarchies of the region and I say that not simply as a monarchist but because these have been the most stable regimes in an otherwise very violent and chaotic region. They are under threat, they should be maintained and they should take responsibility for their own security and handle this problem themselves. There is at least some small excuse for optimism in the fact that, aside from America, all the current participants are Islamic monarchies. It holds out hope that they understand their situation and can, perhaps, offset any temptation by the Obama administration to try some idealistic nonsense that will only make things worse. This is also something that Saudi Arabia and Qatar in particular should have a hand in because they must accept at least some of the responsibility for the fact that it has come to this. Each have been in competition with the other in promoting their own brand of religious extremism and lately they have begun to feel the consequences of that. Qatar has been a major supporter of the Muslim Brotherhood that has helped destabilize the whole region and for that reason the other monarchies have put Qatar on the “naughty” list. The Saudis too have been spreading fundamentalism and, one must assume inadvertently, inspired a crop of fanatics who see even their kingdom as ‘not Muslim enough’.

Many liberal critics of the “War on Terror” in the west liked to point out that Osama bin Laden and most of the 911 hijackers were from Saudi Arabia. What they failed to mention was that these same people are not loyal to the government there and want the monarchy overthrown in favor of something similar to what ISIS has tried to establish; a fundamentalist theocracy. Through a combination of force and the largesse their oil wealth gives them, Saudi Arabia and the gulf states have been able to fend off any radical unrest within their own borders but Jordan has had a more difficult time. They have long been the most politically moderate regime in the neighborhood but they also lack oil wealth and bad economic times have been seized on by religious radicals to stir up trouble. This adds further stress to a system already pushed to the limit by refugees flooding into Jordan every time there is a crisis and the Syrian civil war certainly counts. For many in the country, the close ties between the monarchy and the United States and Great Britain and social things like the Queen being best buddies with Oprah and the like all work against them. This places Jordan, and to a lesser degree the other states in the region, in a difficult position. If they try to please the west, they anger the radicals which makes them dependent on western goodwill all the more whereas trying to please the radicals angers the west who then might not come to the rescue if there is trouble.

These countries need to make up their minds what sort of countries they want to be and forge ahead boldly. Trying to play both sides of the fence has not worked to their advantage. The west, particularly America, would also be well advised, in my view, to stop meddling and drop the conceit that they are responsible for any of this or have any solution to the problems in the region. As someone else recently said, speaking of Iraq, if money and military force could solve the problems there the country would be a paradise by this point. Right now, the only goal is (at least insofar as one can interpret the inconsistent rhetoric of Obama) to defeat ISIS and not to bring down Assad in Syria or do anymore nation-building. However, all the ingredients are present for “mission creep” in Iraq and arming Syrian rebels who started this war by fighting Assad and expecting them to drop that ambition in favor of focusing only on ISIS would be, in my view, unrealistic. What I would like to see would be for the west to wash its hands of the whole nasty business in the region and let the locals handle things. Sell the legitimate monarchies all the weapons they ask for but make it clear that they have to do the fighting. Iraq, like all the others, needs to put on their big boy pants and stop expecting American military power to come to their rescue whenever there is a crisis.

So, by all means, let the ISIS killers be wiped out but the Sunni monarchies need to take care that what follows does not end up strengthening the hand of Iran and their pliant friends in Iraq and Syria. That would set things up for further instability and conflict. My preference would be for the monarchies to take a more broad-based approach, let the minorities (ethnic and religious) know that they will be better off with them than with the Iranians or their puppets. If Assad should fall, I would not shed a single tear for the vicious tyrant, but would hope that what replaces him would be a restored Kingdom of Syria under the Hashemite heir. Perhaps they might even expel the Iranian puppets from Iraq and redraw some borders to extend some of the existing countries and more of the old Kingdom of “Greater Syria” under the said monarch. There is an opportunity here for something better for the Middle East but I do wish the western world would learn that it has to be something they take in hand themselves, it cannot be imposed by force. That is not to say it couldn’t be done but most western countries as well need to decide what they are going to be first just like those in the Middle East (and other parts of the world for that matter). At this point, all one can do is hope though, under the circumstances, that is a rather difficult thing to do. The idea that any of the countries mentioned above, certainly Saudi Arabia and Qatar, acting in accordance with any of my preferences seem extremely remote indeed.
Posted by MadMonarchist at 11:54 AM