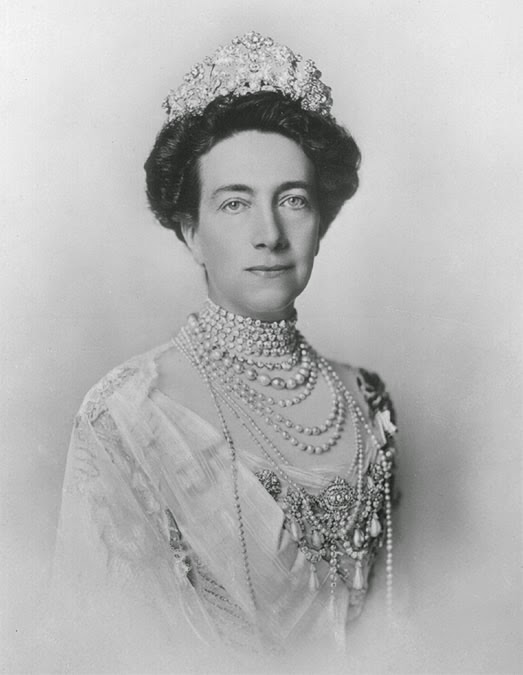 The young lady who would one day become Queen consort of Sweden was born Princess Sophie Marie Viktoria on August 7, 1862 in Karlsruhe to Grand Duke Frederick I of Baden (who had a Swedish mother) and Princess Luise of Prussia (the only daughter of Kaiser Wilhelm I). Perhaps strangely for a woman later known as a staunch conservative, she spent her childhood in fairly liberal surroundings, her father disliking court ceremony but having no animosity towards a little democracy. While still a teenager it was decided that she would be wed to the heir to the Swedish throne, Crown Prince Gustaf of Sweden and Norway. It seemed a natural choice. Her paternal grandmother was Princess Sophie of Sweden who was herself the daughter of a Swedish King and a Princess from Baden. In fact, because of these long family ties, she had ancestry in the old Swedish dynasty, the House of Vasa, which made the match quite popular in Sweden. To a limited degree, the marriage would mean the mingling of Vasa and Bernadotte blood for the future royals of Sweden. She was in her nineteenth year when she was married to the Crown Prince in Karlsruhe on September 20, 1881. 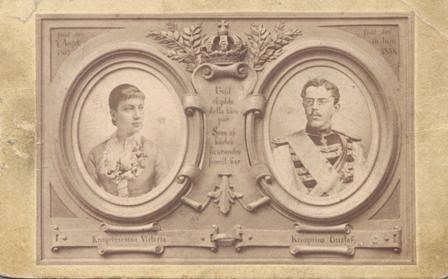 By this time, the German Empire was well established and, given that the Baden royals had also married in with the Prussian Royal Family, the wedding had the full support of the German government as a way of bringing Sweden and Germany closer together. Kaiser Wilhelm I and Kaiserin Augusta of Saxe-Weimar attended the ceremony as a display to the international community that the ties between the Kingdom of Sweden and the German Empire were strong. It all must have seemed quite idyllic. When the couple came home to their two kingdoms they were given an enthusiastic welcome in both Stockholm and Oslo as the people cheered their dapper crown prince and his charming young bride. The problem was that, while arranged royal marriages have worked out quite well (probably more often than one today might think), this one did not. The pair never really hit it off and it soon became obvious to those around them that this marriage was not destined to be a happy one. The reasons for this have been the subject of much speculation, usually revolving around the gossip concerning the sexuality of the crown prince but there were also rumors of infidelity on the part of the crown princess. However, both were products of royal training that stressed duty before personal happiness so there was never to be a divorce and their marital problems remained strictly private. 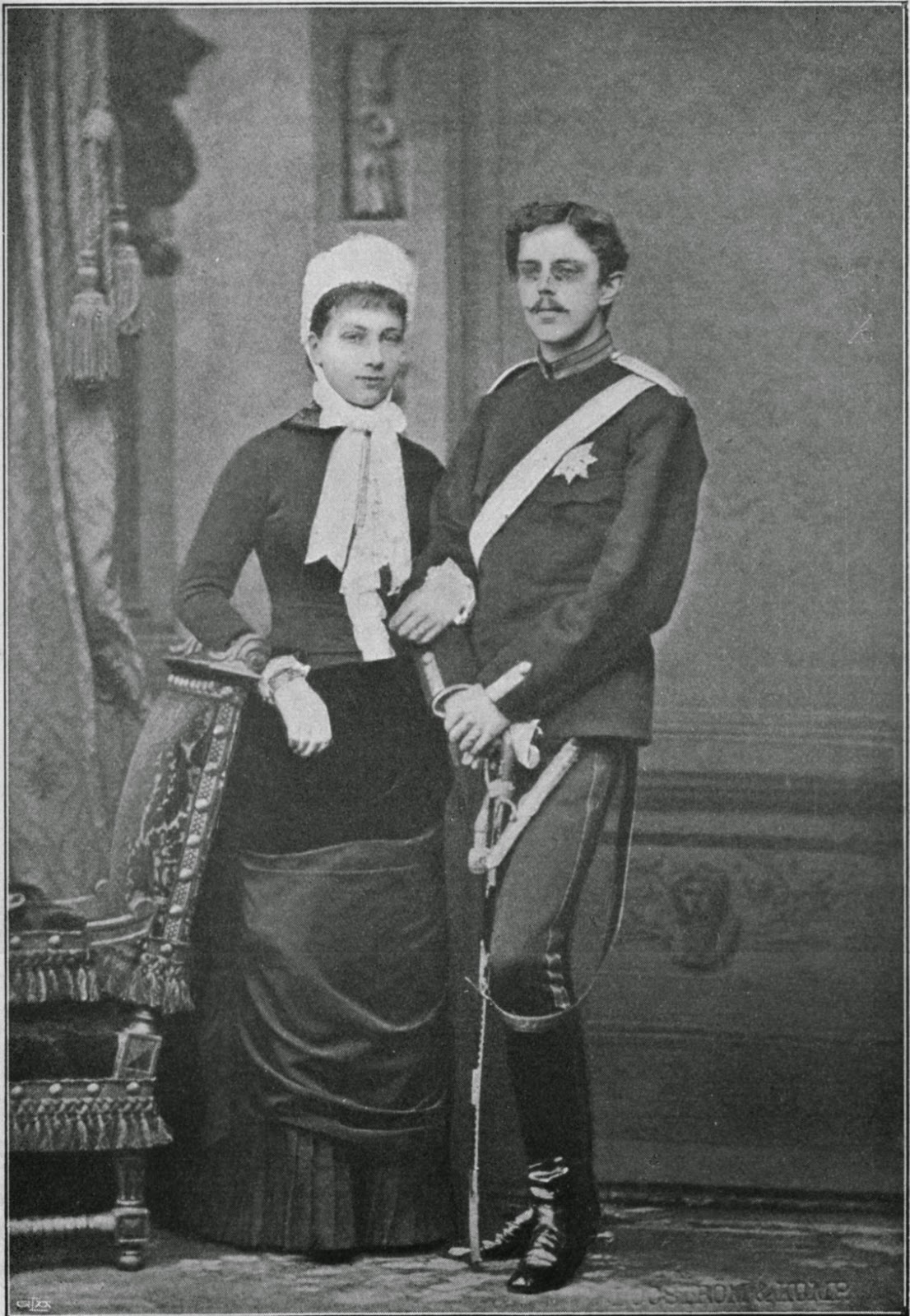 The Crown Princely couple did their duty by the monarchy to secure the succession and in 1882 a son and future monarch was born, Prince Oscar (later King Gustaf VI Adolf), followed by Prince Wilhelm in 1884 (who later married into the Russian Imperial Family) and finally Prince Erik in 1889. With three sons the future of the monarchy was safe and that mission being accomplished, the two separated in all but name. It was never official of course and, dutiful royals that they were, both put on a good public face and appeared together when necessary but they essentially lived separate lives. Crown Princess Victoria fell victim to post-partum depression after the birth of their first child and she went abroad. This became part of her regular routine and she invariably left the country when the weather turned cold as she found the Swedish winter intolerable. After a bout of pneumonia she was given a medical validation for this and so she spent much of her time in the warmer climate of southern Europe. This, of course, made her popularity drop in Sweden and also caused friction with the King and Queen who disapproved of the length and expense of her absences. This was, probably, at least somewhat unfair as the winters of Scandinavia would be difficult for anyone not accustomed to them and she was always very definite about being the Crown Princess of Sweden. 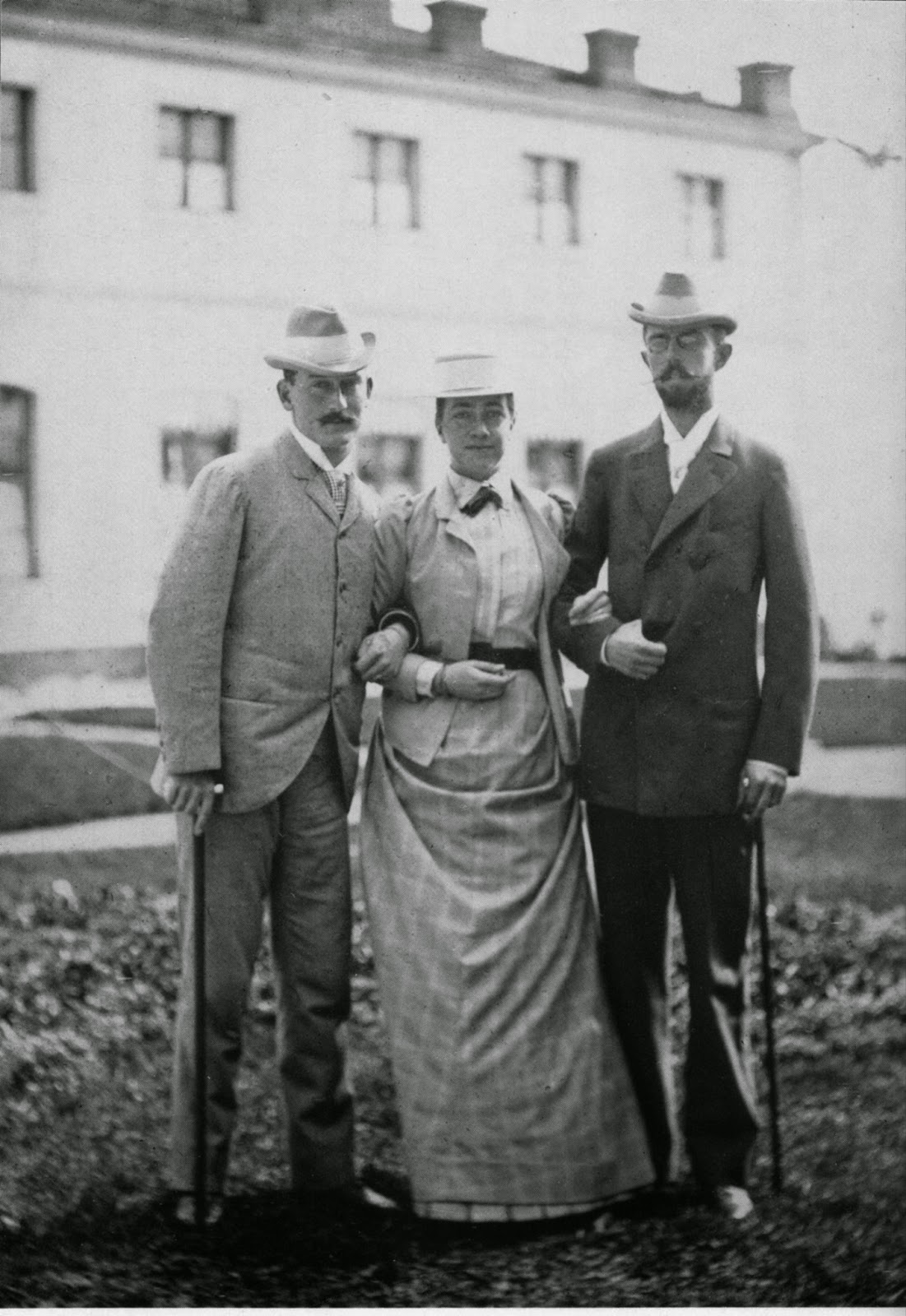 Nonetheless, her time away from the country undoubtedly led to the popular perception of her as being aloof and rather too “grand” for everyone else. This too is probably unfair. She was simply a very conservative royal who placed great importance on royal status in a way that, in a different time and place, would not have been at all unusual. Victoria of Baden was not the cold woman many made her out to be but she did not approve of royals marrying below their status, was very assertive and decisive and generally determined that things be done and that people behave in the proper way. In fact, she was quite an artistic person. She was an accomplished horsewoman, a good painter, an excellent photographer and a very skilled pianist with a great love for classical music. Even if she did not get a great deal of popular acclaim for it, she also supported numerous charitable works in Italy, Germany and Sweden, particularly after becoming Queen. That momentous occasion came on December 8, 1907 and despite only being in residence in Sweden during the summer time, left no room for doubt that she was the Queen.

Queen Victoria of Baden was not the type of royal who would be merely symbolic or keep her opinions to herself. She was very definite about maintaining friendly relations with her native Germany, was very upset about the separation of Norway from Sweden and detested the rise of trade unions and socialism in Sweden. For Queen Victoria, elected politicians were people who simply had to be tolerated and she had very strong views about keeping the politically class at a distinct distance from the Royal Family. She was a strong, strict, ‘by the book’ type of lady who did not hesitate to have members of the Royal Guard placed under arrest if they failed to salute her. When, on an official visit to Germany, she was made colonel-in-chief of a Prussian regiment (the Prussian army being famous for its iron-discipline) many thought she had missed her true calling. This caused a further drop in her popularity in Sweden after the outbreak of World War I in which Sweden was neutral but during which time Queen Victoria left no doubt that she was definitely on ‘Team Central Powers’. 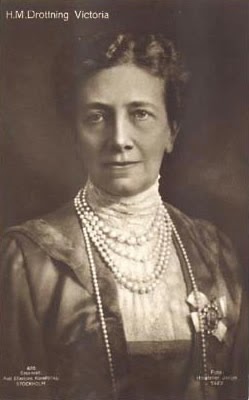 Once again, this may be overblown and is somewhat unfair. The Queen was from Baden and it should have come as no surprise that she would sympathize with her native land. Nor was she alone in this and she may have been made a scapegoat for that fact as some murmured that she was influencing the King to be partial toward the Germans. Yet, there was really no need for that as Sweden was neutral and would remain so and many Swedes did sympathize with Germany, particularly as Sweden suffered (as did other neutrals) from the British blockade. The Queen made no secret of her own opinions and she sent a gift to every Swede who volunteered to go and fight in the German Imperial Army. She visited Germany a number of times during the war, met with and corresponded with Kaiser Wilhelm II and set up her own committee to raise money for Swedish defense in case the kingdom was forced into the conflict. In fact, Queen Victoria was in her native Baden visiting her mother at the end of the war when the forces of the revolution moved to destroy the monarchy and evict her family from their ancestral home. They had to slip away and take refuge in the nearby home of a Swedish aristocrat and the new republican government gave orders that they were to be protected because if any harm came to the Queen of Sweden it would surely provoke an international incident.

The changes that came to Sweden during and after the war were very much to her disappointment but, with the fall of Imperial Germany, she lost what influence she had previously had in state affairs. Her marriage had been to strengthen ties with a regime that no longer existed and her health, which had never been robust, began a steady decline. Her last official royal duty on behalf of the Swedish monarchy was a visit to Finland and she settled for the rest of her life in the Kingdom of Italy. She did make one final visit to Sweden but it was strictly private. Queen Victoria of Baden died in Rome on April 4, 1930 at the age of only 67. Her remains to moved to Sweden and she was buried in Riddarholm Church in Stockholm.
Posted by MadMonarchist at 3:01 AM