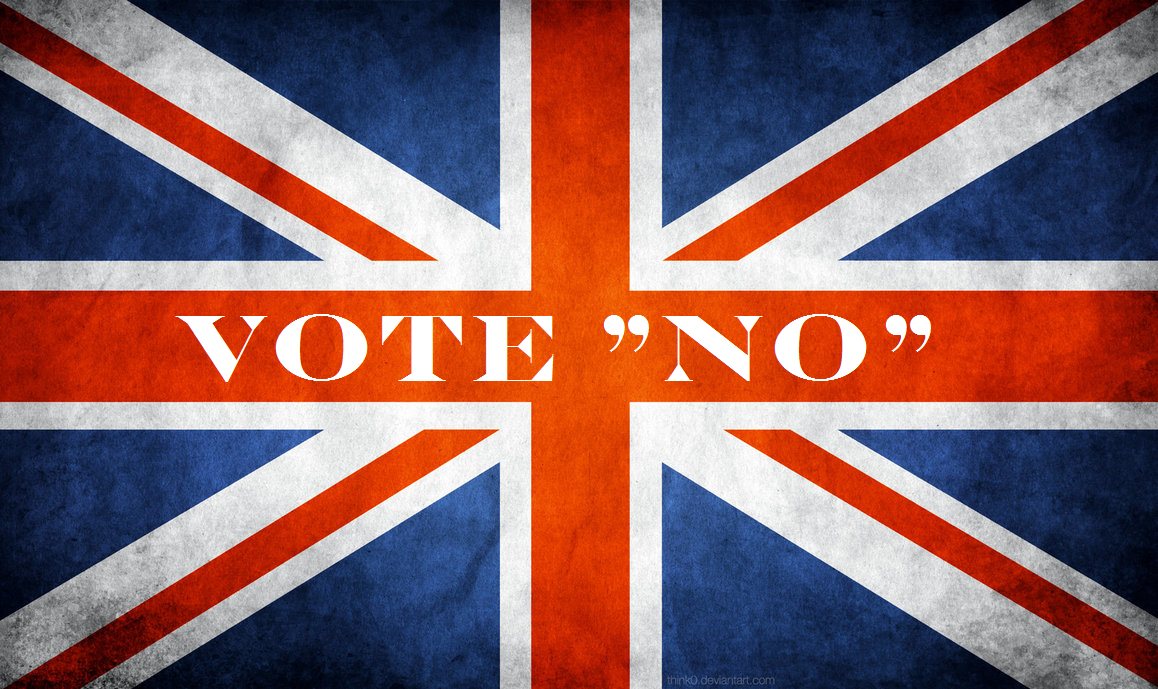 As is seen in this article from the BBC, HM the Queen made her first public comments about the upcoming referendum in Scotland on pseudo-independence, saying that the Scots need to "think very carefully about the future". Previously there had been reports, the unconfirmed sort from 'anonymous sources' that the Queen was worried about the vote but the Queen herself had never spoken about the subject until now. It is very revealing to see how some people have responded to this with the usual suspects howling that the Queen, by this simple statement to a person in a crowd, had violated the policy of royal impartiality. They took this simple phrase as a ringing endorsement of the "Vote No" campaign. Think about that for a moment. The Queen said nothing at all about how anyone should vote, only that they should think carefully before doing so. By their reaction, the "Vote Yes" side has admitted that they are banking on people NOT thinking carefully before casting their vote for pseudo-independence. Of course, this should come as no surprise given how they campaigned for giving minors the right to vote, hoping that the voices of the young and ignorant would drown out those of the mature and experienced. Personally, I have no doubt that the Queen is hoping the vote will be "No" but she has certainly not taken a side in the issue. The fact that so many are taking this simple comment to be indicative of the Queen doing that shows both how they are counting on people voting emotionally rather than thoughtfully and just how little they think of the Queen and the place of the monarchy in British -and Scottish- society.

One can also tell a great deal about what this means for Britain by who has come out in support of the "Yes" Vote by those beyond British shores. North Korean communist dictator Kim Jung-Un has come out in support of the "Yes" side as have a number of people in high places in Russia. In the case of Korea's portly potentate, it is as simple as one Marxist supporting another, in the case of Russia, they want Scotland to set an example that their own partisans can follow in breaking away from Ukraine, as has been done in Crimea and which is trying to be done in the eastern lands of the country. In the Kingdom of Spain, Catalan secessionists are saying that a "Yes" result in Scotland would boost their cause as have their fellow republican separatists in Quebec who are hoping that a "Yes" vote will revive their flagging cause. The result could have an impact on some republics but it is the monarchies I most care about and who seem to be the biggest targets for these types of things. Canada, Spain and Belgium are at the top of every list of monarchies threatened by separatist movements. However, it goes wider than that, reaching even the Far East where a Red Chinese official recently said that the Ryukyu Islands should be independent and not considered part of Japan at all. There has long been a minor separatist movement on Okinawa and China would love to see such a thing happen so as to weaken Japan and strengthen their claim to the Senkakus. Even in Australia, those campaigning for a republic and to abolish the Australian flag have said that a "Yes" vote in Scotland would give them a helpful boost in their own agenda.

That is a common theme throughout all of the reaction to this issue and all those supporting the "Yes" vote in Scotland. It is all being done by people who want to see these monarchies diminished and weakened on the world stage. The European Union would be glad to see existing European countries further divided so that they can expand their power. After all, such small "independent" states could hardly make it on their own and would have to rely all the more on Brussels. It does not matter to them that some separatist movements are being driven by more comparitively right-wing forces or ardently left-wing forces since, whether one is talking about Scotland, Catalonia or Flanders, they have all stated that they will be joining the European Union as soon as "independence" is won, which of course means that it isn't independence at all. They are being totally disingenuous as is seen by how the EU responds when any country talks about leaving. Likewise, it takes no great clairvoyance to imagine how Russia, the DPRK or PRC would respond to any effort by any part of their countries to break away. Obviously, the history of England and Scotland has not always been peaceful and friendly but it is a distortion to think that Scotland has always had the worst of it. Even as early as the mid-1700's many a historian has commented that the British army leadership was dominated by Scots, many PM's have been from Scotland as have many of the biggest forces in business in Britain. Even if we want to go back to when things were a little more tense, it seems lost on many that when Scotland and England first came together it was by a Scottish monarch becoming the King of England and not the reverse. Scots should think carefully about the future and should consider why so many who do not have the best interests of Scotland in mind are hoping they vote "Yes".
Posted by MadMonarchist at 1:05 PM