The Caliph of Islam in Turkey 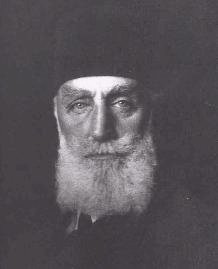 It was on March 3, 1924 that the last Muslim caliphate was officially abolished and Abdul Mejid II, the last Caliph of Islam (and heir to the last Ottoman Sultan, his cousin) was removed from his position and expelled from Turkey by the first republican and then secular government of modern Turkey. Looking back, perhaps because of all that has happened in the world of the Middle East since, it seems slightly strange that the two positions did not disappear at the same time or that it was the position of Padishah Sultan that was abolished first. To be denied the title of Sultan while still retaining the title of Caliph seems rather like telling someone, ‘we do not trust you to be the ruler of our country but we still believe you are the representative of God on earth”. Does not quite make sense to me. For Turks who hold fast to their faith and the system of traditional authority embodied by the Sultan and Caliph this can only be a sad anniversary. Yet, outsiders should consider the occasion as well. The fall of the caliphate has not yielded much benefit for anyone; Turkish or not, Muslim or not.

Whether things would be a great deal better if there was still a Caliph in Turkey no one can say, but it could only be an improvement. Look beyond the Turkish borders for a moment and consider the worldwide problem today with terrorism. There are people of the worst sort, who are both murderers and cowards, carrying out terrible and despicable deeds all in the name of Islam. They butcher helpless innocents and call themselves “holy warriors”. And no one should make any mistake about what is in the hearts of these criminals, after all, the terrorists who carried out the 9-11 attacks in America spent their last night on earth at a strip club. The faithful these are certainly not. Yet, they have fooled many people into thinking that they are and by making such a claim they have blackened the name of Islam, perhaps worse than at any other point in history. I say that because, even in the days of the Crusades, a Christian like King Richard I could look at a Muslim like Sultan Saladin and consider him a brave and worthy adversary. Even in those days of open religious warfare Christians could respect the gallantry of their Muslim foes who would send their doctors to care for the Christian King.

There were terrible things that happened of course, but things were more organized and certainly it would be helpful if there were a Caliph of Islam who could speak with authority in denouncing the atrocities of the terrorists who kill the defenseless and claim to be religious men. However, as beneficial as that could be, there is also the very real possibility that such a Caliph would be ignored. Would Arab and other Muslims react positively to a Turkish Caliph of Islam? The question must be asked, I think, because the Ottoman Empire, led by the Sultan and Caliph, was brought down in part by Arab and other Muslims rising in rebellion against the Turkish Sultan and joining with the Allies (primarily the French and British) in bringing down and eventually breaking up the Ottoman Empire; the last caliphate. When, in the midst of World War I, the Sultan formally pronounced a jihad against the Allied powers, he was, for the most part, ignored by the rest of the Muslim world.

There is also the question as to whether or not our increasingly anti-traditional world would even tolerate such a figure. Turkey, for some reason which completely escapes my comprehension, seems desperate to join the European Union and the E.U. has certainly not shown itself to be favorably inclined toward organized religion. Would they allow Turkey into the E.U. if the Caliph was restored? Personally, I think that would be all the more reason to do it but I’m not Turkish and most seem to want to join the European Union. However, although the amount of wider good a restored Caliph might do is debatable, one certain thing is that the people of Turkey would have a better form of moral guidance and by going that extra step to restoring the monarchy there would be greater consistency and a form of government more in keeping with Turkish traditions and hearkening back to the days when Turkey was a great nation, a major world power and not reduced to the status of appealing for favors from the EU government in Brussels. As far as the rest of the world is concerned, having the Sultan and Caliph back would do none harm and possibly be of great benefit in countries far distant as a voice of legitimate authority.