A World Without the Hapsburgs, Part I 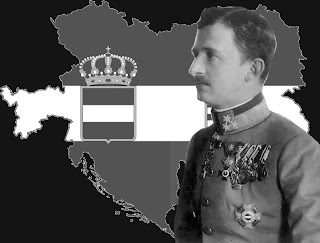 For most countries, when monarchy comes to an end there may be some wider repercussions but, for the most part, the impact is felt by the individual country in question alone. When it comes to the fall of the House of Hapsburg and the dissolution of that entity formerly known as Austria-Hungary, the absence of the monarchy has impacted numerous countries to the present time. Leaving aside the large or small pieces incorporated into other neighboring countries, there is still the Czech Republic, Austria, Slovenia, Croatia, Bosnia-Herzegovina, Hungary and Slovakia that, in their entirety, were formerly part of the Dual-Monarchy of the House of Hapsburg. How have these lands progressed on their own without the monarchy that once bound them together? The short answer, obviously, would be, ‘not very well’. Whereas the Empire of Austria-Hungary, that last bastion of old Europe, while not a major world power, was certainly on the top tier on the world stage and a force to be taken seriously; separately, each of these powers is today barely known to most people around the world. This was something that most realized even at the time of the fall of Austria-Hungary or at least in the immediate aftermath. 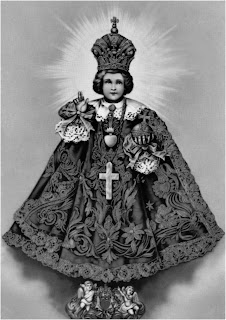 This can be seen most clearly in our first case; Czechoslovakia. The first, most obvious thing that stands out about Czechoslovakia is that it was exactly what critics had previously dismissed Austria-Hungary for being, only worse; an inorganic state (which most of Austria-Hungary was not) that lumped together two major and various minor nationalities into one political unit. This was undeniably a weakness for the Austrian Empire, later Austria-Hungary, but it survived as long as it did because it was never based on nationality and never pretended to be. It was based on loyalty to a shared monarch which, obviously, Czechoslovakia lacked and in due time it broke up into the Czech and Slovak republics which exist today. Even then, however, it broke apart much sooner but was artificially put back together after World War II with the imposed unity that came with communist military force. Czechoslovakia was beset by problems between the Czechs and Slovaks from the very beginning (though this is often overlooked) but it also contained other minorities which proved to be problematic and in the same way that certain minorities were a problem for Austria-Hungary. This was the case when it came to ethnic minorities that did not lack a state but which existed outside a neighboring nation-state.

What is perhaps most ridiculous about this is that it was so clearly recognizable at the time and of course the minority that would prove most problematic would be the German minority, right next door to an increasingly racialist nation-state after the Nazis came to power in Germany. This was obviously going to be a problem as can be seen in the case of Italy for example. When the Allies, rather than taking away from the spoils promised to Serbia, handed Italy the Trentino-Alto Adige many Italian leaders, civil and military, were less than overjoyed, specifically because they feared that a concentrated German-speaking population would mean nothing but trouble in the future (and all the while there were Italian-populated areas that went to the new Yugoslavia). So no one can claim that, in the aftermath of the Great War, no one could foresee such difficulties might arise as certainly did arise for Czechoslovakia regarding the Sudeten Germans. The only hope Czechoslovakia had for her survival was in collective security, trusting to foreign alliances to keep them from being taken apart bit by bit at the expense of their neighbors. Allied leaders may, perhaps, have had a problem explaining why this was superior to the collective security that had previously been provided by the union of Czechs, Slovaks, Germans, Magyars, Slovenes, and Croats etc under the banner of Austria-Hungary. Czechoslovakia was, essentially, simply a smaller and weaker version of Austria-Hungary which lacked the strengthening forces of shared history and the Hapsburg monarchy. 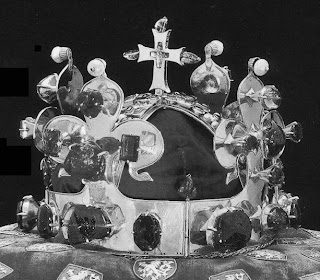 Under the House of Hapsburg, everyone at least had one monarch in common but, in republican Czechoslovakia, what did the Germans, Czechs, Slovaks, Poles, Ukrainians and Hungarians have in common? Moreover, whereas Emperor Charles I of Austria-Hungary had been prepared to federalize his empire, granting all groups equal status, in Czechoslovakia, despite what promises existed on paper, minorities were often treated badly. It may not be popular to say today in light of later events but the German population was really not treated terribly well and even the supposedly equal Slovaks were often frustrated by the fact that they came to hold a noticeably secondary status to the larger Czech community. The country eventually fell apart because of Nazi Germany, yet, the leadership of Czechoslovakia had always been more worried about the Hungarians and the “Little Entente” of Czechoslovakia, Romania and Yugoslavia was primarily aimed at Hungary. In one way this might be understandable as Hungary certainly had cause to be resentful as the Hungarians lost more than just about anyone in the post-war carve-up, but that is also partly why it did not work, because Yugoslavia and certainly Romania (at least when it came to Hungary) had more to lose than Czechoslovakia if war ever broke out with a Hungary intent on re-taking their lost territories.

So, in the end, Czechoslovakia fell apart. The Czech half fell under the domination of Hitler as the Protectorate of Bohemia and Moravia, Hungary and Poland took a slice and Slovakia only remained independent, essentially as a German protectorate, because Hitler, in so many words, told them that if they did not cooperate with him, he would let the Hungarians have at them. After World War II, Czechoslovakia was reestablished by Allied agreement, though with the Soviet Union taking a slice of territory in the east and they brought decades of oppression, murder and an ever higher rate of poverty to a country that had previously been fairly prosperous. They also, contrary to the very Catholic Hapsburg monarchy, imposed a campaign of atheism on the country that proved horribly effective. Particularly in the Czech Republic, religious belief has declined rapidly to the point that the republic is, today, one of the least religious countries in the world. It is bad. If things continue at the rate they are going, one of these days they will be putting the Infant of Prague up for adoption. And, of course, as mentioned earlier, on the first day of 1993 the Czech and Slovak peoples divorced and have since joined the European Union -another multi-national collection of countries with little to nothing in common. The more things change right?

Continued in Part II
Posted by MadMonarchist at 12:09 AM