A World Without the Hapsburgs, Part II

Continued from Part I 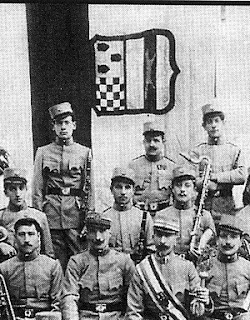 Much the same could be said for Croatia, Slovenia and Bosnia which were all more or less ceded to Serbia after World War I to create what eventually became the Kingdom of Yugoslavia but which was effectively the “Greater Serbia” that Serb nationalists had been longing for. In some ways things were better, but in others ways Yugoslavia was even more problematic than Czechoslovakia. One benefit was that the new created state was a monarchy, and even during the darkest days of World War II the monarchy was still able to unite many people, but it was the Serbian monarchy and an Orthodox monarchy and so was not as liable to be accepted by the great number of people who were not Serbian or Orthodox. True, the Hapsburg empire contained people of many different religious beliefs with Catholics, Protestants, Orthodox, Jews and Muslims but, outside of Bosnia perhaps, the largest majority of people in Bohemia, Moravia, Slovakia, Slovenia, Croatia, Austria and Hungary were Catholic just like their Imperial-Royal Family. And again, before, during and after World War I there was a renewed emphasis on nationalism and even without the religious differences there were bound to be problems between Serbs, Bosnians, Croats and Slovenes as well as other minority groups in Yugoslavia. 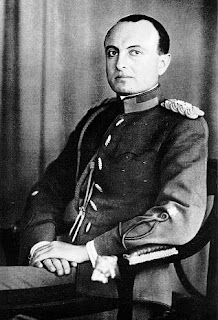 King Alexander I of Yugoslavia did his best to hold things together, outlawing political parties, regional distinctions (flags and such symbols), renaming things and centralizing power. How that may have worked in the long-run we will never know but in the short term it only embittered the nationalities further, though the King did have the good sense to ban the communist party which is always a smart move. The King was finally assassinated by a Bulgarian terrorist from a group that opposed Macedonia being part of Yugoslavia. He was succeeded by the young King Peter II, acted for by Prince-Regent Paul who was eventually forced into cooperating with the Rome-Berlin Axis. Ironically, the leaders of Yugoslavia, just like the last Emperor of Austria-Hungary, finally determined that the only solution would be to federalize their country but they were prevented by the outbreak of World War II. Prince Paul was overthrown in a coup, King Peter II broke with the Axis and embraced the Allies which prompted the German and Italian invasion of Yugoslavia. The country was divided up again and there was horrific violence and cruelty as a civil war was basically fought throughout Yugoslavia in conjunction with World War II. The bitterness and desire for revenge would last for many decades to come.

In the end, as with most of the other successor-states of Austria-Hungary, it was the communists who emerged as the victors and Yugoslavia was forcibly put back together under the dictatorship of “Tito” and was even almost merged with Bulgaria in what would have been an even bigger witch’s supper but Stalin nixed that idea. For some reason which eludes me, some people romanticize Tito’s dictatorship but, while certainly not as bad as Albania or Cambodia, it was a communist tyranny with all of the injustice, cruelty and suffering that goes with that. Today, amazingly, many people view Tito as some sort of romantic, revolutionary figure or the “good” communist dictator, for seemingly no other reason than that he wanted to be a dictator and not simply the stooge of Stalin in Moscow. This is a dangerous mistake. Just because Communist Yugoslavia was not as bad as Pol Pot’s Cambodia does not mean it was a picnic and the member states have still not recovered from the impact of communist rule even today. Additionally, as we all know, when Tito died in 1980 the country began to fragment in the absence of the dictator and within ten years bitter and brutal civil war engulfed the region as the former Yugoslavia broke up. 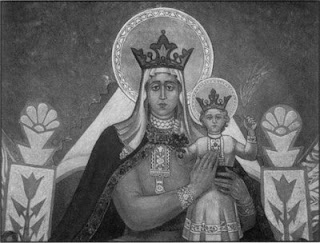 The break-up of Austria-Hungary was certainly traumatic but it was nothing compared to the horror of the conflict that accompanied the break-up of Yugoslavia with massacres, reprisals and accusations of ethnic cleansing from both sides. This revealed that the unity of the old Yugoslavia had always been a complete fabrication and as soon as the iron grip of tyranny slipped for an instant the long-smoldering rage between the member ethnicities erupted into a conflagration which finally took outside intervention to restore some semblance of peace and order. The immediate question, of course, is whether the Hapsburg monarchy could have made any difference in preventing this tragedy. No one can ever say definitively what ‘might have been’ but the most probably answer is clearly “yes”. Much of the conflict (certainly not all) was between Croats and Serbs and with Croatia inside Austria-Hungary and Serbia outside of it, these two could have brought their full force to bear against each other. Further, we have the historical record to show that in all the years of Hapsburg rule such a bloodletting never took place. It may not satisfy idealists, but one practical reason for this was that minorities were sufficiently divided between the Austrian and Hungarian halves of the Dual-Monarchy that no one group could come together in sufficient strength to cause much trouble.

It is also worth noting that most of the bitterness seen in the civil wars can be traced back to some extent with the creation of Yugoslavia itself but even more so events in World War II rather than to Austria-Hungary. After World War I there was some, for lack of a better word, “bullying” by the victors against their defeated foes. This was not uncommon; the Poles were sometimes unkind toward the Germans in their country, though in light of subsequent events they attract little sympathy. Then, during World War II, the tables were turned and horrible reprisals were meted out, often with the backing of the Axis powers, and then after the Axis defeat there were reprisals of the reprisals and hatred grew and grew. It is beyond the realm of possibility that this could have happened under Emperor Charles I or a potential “Emperor Otto”. A Hapsburg Emperor, and this is certainly in keeping with the character of Archduke Otto, would have discouraged nationalism and ethnic hatred and with his combined forces could have restrained such radicals were that to become necessary.

Concluded in Part III
Posted by MadMonarchist at 12:17 AM