Pope Francis I, What to Expect 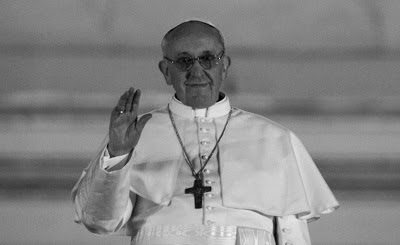 The main word that has most been used to describe the new Pontiff, even within the first few minutes of his reign, is certainly “humility”. From all I have tried to rapidly learn about Pope Francis I since his election, it seems to me that his reign will be one that will make reformers applaud and supporters of the status quo groan. That can only be a good thing as, from all I have read, there is evidently some very firmly encrusted corruption that has built up in the curia and most expect the pope from Argentina to be just the man to clean it out. If Pope Francis proves to be as upright and intolerant of corruption and wrongdoing as is his reputation, I can only applaud him for his morals and strength of conviction. Where his humility may be less than pleasing to some is in the externals of his position. It will surprise no one I’m sure that I am myself less than thrilled about this but when a pope takes the name of “Francis” and even in his first appearance on the balcony refuses to wear the traditional red mozzetta (if my dictionary is correct, I mean the red shoulder cape of course) and only temporarily donned the elaborate stole to give his blessing before promptly taking it off, I think it is safe to say that the high fashion in traditional style of Benedict XVI has passed into retirement with him.

The humble, simple nature of the new Bishop of Rome, formerly known as Cardinal Bergoglio, is certainly laudable. Everyone has probably heard by now how he declined to live in the Episcopal Palace in Buenos Aires, opting instead for a small, modest apartment; how he cooked his own food, carried his own luggage and took the train to work rather than be driven in his own car. The standards for papal simplicity have now been kicked up a notch since Paul VI and John Paul I and I think it is safe to say that papal coronations are gone for good. Perhaps he might make good on the musings of Paul VI to disband the Swiss Guard? Castel Gandolfo Palace might be donated as an orphanage but with Pope Emeritus Benedict XVI still on the premises I think the Apostolic Palace will be safe enough -he has to live somewhere and there are not that many options in a “country” the size of Vatican City. I heard one commentator remark that if Francis wishes to continue his humble means of transportation by making use of the Roman trains instead of the (horrendously named) “Popemobile” he better get used to arriving late everywhere. As I have said before with the abandonment of the Papal Tiara by Paul VI and the coronation by John Paul I, it is not that these were bad acts but that such gestures of humility are problematic because they are impossible to go back on and force future pontiffs to go to greater lengths to show their own humility. What will a future pope have to do to ‘out-humble’ Francis I? 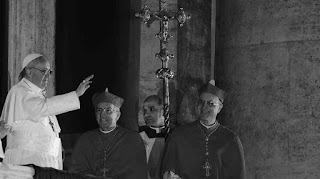 Monarchists who long for the ceremony of the coronation, it seems, will have to be content with the British (providing that ceremony survives the Prince of Wales of course) but, to try to be optimistic, perhaps this will help win over … someone. That is my problem with this sort of stuff, I must confess; I don’t know who this is supposed to impress. Humility is something in our character, it is not something dependent on our surroundings or material possessions. I have seen plenty of people who lived in a shack on nothing but a government welfare check and had the most arrogant and haughty attitude imaginable. On the opposite side, one of the most gracious, humble and compassionate ladies I have ever known in my life is married to one of the richest men in the state and lives in a huge house with a private pool and golf course in the back yard. I am sure popes in the past were perfectly humble even with all of the splendor and ceremony as it used to be. And, I doubt anyone who sees the Pope or the papacy as arrogant and vainglorious will be won over by any giving up of external trappings. I always thought the external things were supposed to be important to Catholics.

All that being said, I am not trying to criticize the Sovereign Pontiff on his first day. I thought his asking the public to bless him before blessing them was touching and if he can clean out the corruption in the curia, I think most would agree it to be a feat worth a mozzetta. These areas of dress and ceremony are relatively minor details (the major stuff being done away with long before now) and Pope Francis may yet impress many a great deal if he is, as many have described him, as upright and intolerant of wrongdoing so as to put the Vatican to rights. When it comes to more strictly moral issues such as the most often under attack these days; abortion, contraception, gay “marriage”, a male-only clergy and so on, Pope Francis I looks to be as intransigent in his defense of doctrine as the most ardent could wish. That, at least, is what I have been hearing and I have no reason to doubt it. At this point, having had two papal elections so close together, it is rather funny to see the media babbling on and on about whether the next pope will change the Church’s position on any of these subjects -as if any Roman Pontiff ever could. One may also just as well laugh as to cry when Catholics are interviewed on the street and say they would like to see a more “tolerant” man elected pope. Tolerant? Tolerant of what? Some sympathy for the Devil next too? 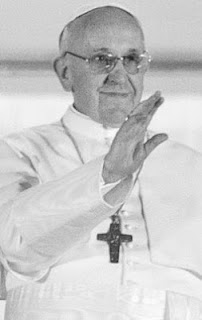 Finally, we have the nationality of the new pope. I did think his remark about the cardinals going to the “end of the earth” to find a new pope rather funny. It seems safe to say, at this point, having had a Pole, a German and an Argentine in succession that Italians can say “ciao” to the papacy. As the pope is Bishop of Rome and Primate of Italy it never seemed unreasonable to me that 80% of popes throughout history have been Italian but, evidently, that is another tradition that is no more. I would look for more national competitions in the coming years as everyone demands to have “their” first pope. However, the times are certainly changing, and Pope Francis may be the ideal man to ease Catholics through the transition, being the first South American pope but also being a man whose parents were native-born Italians. I have had my worries that, if this came to be, it might be bad for the already dwindling Church in Europe as people with already scant interest in the Church might come to see it as a “foreign” institution, however, it may be just as well to rip the bandage off quickly and let Christianity brush the dust off its sandals as it bids Europe farewell.

I know I caused some a bit of anxiety when, some months ago, I mentioned the fact that the European peoples are doomed to extinction in the not-too-distant future and that, at this point, nothing could be done to change that fact. Well, it seems, noted Catholic monarchist and author Charles Coulombe might agree with me. He said he would welcome a South American or African pope as the Church in Europe is just about dead and the future of Catholicism will be as a Latin American and African Church. It is only fitting then that the papacy begin to reflect the cultures and nationalities that will be the future of the Catholic Church. When asked about the nationality of Pope Francis, I heard Donald Cardinal Wuerl, Archbishop of Washington DC, among others, make the statement that “it was time” there was a Latino pope (Eva Longoria said it weeks ago, hmm…) and that says to me that there will be more non-Europeans in the future, probably fewer European electors. In that regard, Pope Francis may be blazing the trail for a Church that will probably always have to be based in Rome but which will have a noticeably non-European flock. It seems to me he will be a figure of transition, cleaning up the decay of the past to make way for gains in the future, bringing a new, simpler style to the papacy and easing Catholics into a less European future.
Posted by MadMonarchist at 12:32 AM