Thanksgiving Day, On the Bright Side 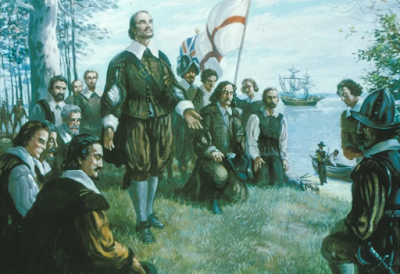 Tomorrow the United States celebrates Thanksgiving Day (though I myself do not) and someone online yesterday came at me with powerful volley against the holiday, probably having read previously that I do not celebrate it and expecting me to concur. I did somewhat but certainly not entirely. This was all the more strange in that this person did celebrate Thanksgiving and will be doing so again. If you think something is as bad as he seemed to, I would think the right thing to do would be to not take part. However, while I, myself, do not, I have said before that I have no problem with those who do and I have no special animus against the holiday. Giving thanks is good, we are supposed to give thanks all the time and these days a great many people have a serious lack of gratitude at every level in my opinion. So, having said before that I do not celebrate it and why I do not, I thought, in the interest of goodwill and truth, I would assuage any anxiety good monarchists might have about it.

The strangest thing the person I spoke to hit me with was the notion that Thanksgiving Day was some sort of Puritanical conspiracy to replace Christmas. Rest assured, there is nothing to such a notion. Thanksgiving was most widely celebrated in various ways at various times by people in New England who, early on, probably were not celebrating Christmas anyway (Puritans tended to dislike the holiday). By the time Thanksgiving became an official, national holiday the Puritans were long extinct and today Christmas (thanks to consumerism) is more apt to displace Thanksgiving Day than the other way around. So, I can hardly see how such an idea could have anything behind it. The Puritan origins are not something I am fond of, thanks to their embrace of republicanism later on, but it is entirely up to you and may depend on where you live if the Puritans had anything to do with it anyway. Ask any native of the Old Dominion state of Virginia and they will proudly tell you that the first Thanksgiving was not celebrated in New England at all but in Virginia by English colonists who were certainly not Puritans (depicted in the image above).

Texans, as I have written about before, know that both are wrong and that the first Thanksgiving in what would become the United States was celebrated in west Texas near what is now El Paso. However, to this day it is still a matter of debate as to where the tradition started in the English colonies, whether Virginia or Massachusetts. I may be biased but it seems to me the Virginians have the stronger claim, having it actually set out in a legal charter from 1619 whereas in New England it was simply a local custom with no official backing that I ever heard of. The New England Pilgrims, as I did mention before, professed their loyalty to King James I of Great Britain though I personally have my doubts about their absolute sincerity. There would, however, be little room for such doubts about the colonists of Virginia who were not Puritans and who even named their colony after England's most famous queen. Virginia, at least up until the War for Independence, was considered rather more on the royalist side compared to some others.

Thanksgiving Day did not become an official holiday until centuries later, even quite a while after the United States had already been established. It was first decreed in 1863 by President Abraham Lincoln and this had practically nothing to do with the early English colonists but was supposed to be a day of thanksgiving for the recent victories of the Union armies during the American Civil War. Needless to say, this meant that the holiday did not catch on in the south for a very long time. I might also add that in Canada the Thanksgiving Day holiday has very explicitly royalist origins, being first celebrated to give thanks for the recovery of the Prince of Wales after a serious illness and later moved to its current place on the calendar so as not to detract from the rather more solemn observance of Armistice Day after World War I.

I would say one of the good things about Thanksgiving Day is to call to mind the colonial history of America which is all too often forgotten, that life in what is now the United States did not suddenly begin in 1783 and certainly not in 1776 but goes back to those colonists from the Kingdom of England and the conquistadors of the Kingdom of Spain, the Voyageurs of the Kingdom of France and so on and so forth. It can be an occasion to highlight the European roots of the country, its existence as a product of Western Civilization and that every last corner of this land was once reigned over by hereditary monarchs. America has its roots in the empires of Britain, France, the Netherlands, Spain, even Russia and to lesser extent a few others and those roots are not republican or anything to do with the revolutionary claptrap that is still being sold to people today. For myself, family gatherings have lost their appeal as not many of my family are left at this point and I will be spending the holiday alone. However, I do not think there is anything inherently wrong with it, giving thanks is good, focusing on the family is good and if you choose to celebrate it, I wish you all the best and hope you make the best of the occasion.

Posted by MadMonarchist at 5:01 AM