Story of Monarchy: The Ulus of Jochi 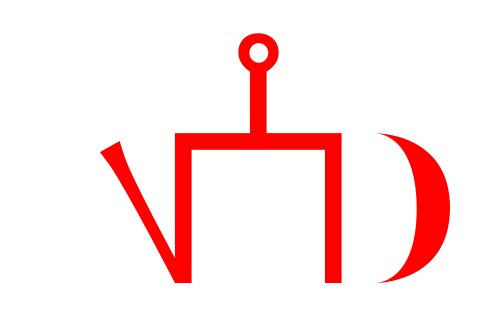 It seems to me that one of the most significant former powers that is all but forgotten today, at least in the western world, is the Ulus of Jochi. Presumably it is more well known in Eastern Europe and Central Asia where it was most dominant but it was a state that everyone should at least be aware of. The Ulus of Jochi (also later known in the west as the Golden Horde) was the dominant power of central Asia for quite some time and it had a significant impact on the course of history in Russia, Europe and the Middle East as well as Central Asia as various people banded together in opposition to the common threat of the dreaded Golden Horde. As the name implies, it has its origins in the career of Jochi Khan, eldest son of the great Mongol conqueror Genghis Khan (Ulus of Jochi simply means the ‘lands/state/realm/territory of Jochi’) who, during the reign of his father, had played a leading part in the Mongol conquest of Siberia, Central Asia and Persia. He was to inherit the westernmost portion of the Mongol Empire when Genghis Khan died but as Jochi predeceased his father the Ulus of Jochi went to his son Batu Khan who is generally regarded as the true founder of this khanate which was part of the wider Mongol Empire.

Ogedei Khan succeeded his father as Great Khan (or Emperor) of the Mongols while the Ulus of Jochi were divided between Batu Khan (who received the Blue Horde) and his brother Orda (who received the White Horde). Before he could concentrate on “nation building”, however, Batu assisted Ogedei Khan in his conquest of the Jin Dynasty of Manchuria while his brother fought Bulgars, Cumens and other peoples in the west. After Manchuria was conquered (it would be left to Kublai Khan to conquer southern China), Batu Khan turned west and took on the formidable task of conquering the Russians. It was a brutal and bitter struggle but, in the end, Batu Khan was successful and the Russian states and all those in the area of modern Russia were devastated from Moscow to the Crimea. He conquered Ruthenia and drove the Cumens into the Kingdom of Hungary but when he demanded that these refugees be expelled, King Bela IV of Hungary not only refused but had the Mongol messengers killed (the Hungarians had a history of dealing with the Cumens, as we have covered previously, having earlier employed the Teutonic Knights against them). Batu Khan was outraged at this defiance and vowed to conquer Hungary and all the land to the Atlantic Ocean. Given that the man had just conquered Russia one can perhaps forgive him for being a bit arrogant.

The Mongols swept westward, conquering Poland, Hungary and Bohemia, besting the forces of the Holy Roman Empire, alarming all of Europe and prompting the Pope to call for a crusade against them. Fortunately for Europe, the Mongols were not to stay long. The death of Odegei Khan prompted a power struggle and Batu Khan, reluctantly, returned home to press his claim to become the next Mongol Emperor. However, that came to nothing with the throne going to Guyuk Khan and so Batu returned to the west to focus on expanding his own central Asian kingdom. He further consolidated his rule and established his capital at Sarai in what is now southern Russia (near what is now Selitrennoye). Batu became so powerful that some believed Guyuk Khan considered him a threat and was preparing to move against him when he died in what is now the western Chinese province of Xinjiang. Batu Khan had reached such a position of influence that he was in large part responsible for placing the next Mongol Emperor, Mongke Khan, on the throne. Batu Khan set up the Princes of Vladimir and St Alexander Nevsky was one of his tributaries. Batu Khan died in 1256 as the master of central Asia and none of his successors would ever be able to outshine him. 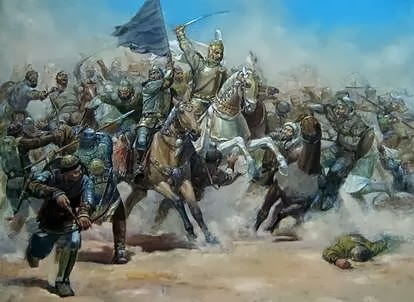 Eventually, leadership of the Ulus of Jochi fell to Batu’s younger brother Berke Khan. His reign lacked the smashing conquests of prior years but he still attacked with great ferocity against Lithuania, Poland, the Teutonic Knights and Hungary, even declaring war on the King of France. He is also most remembered for converting to Islam and allying with the Mamluks of Egypt against the Persian-centered Ilkhanate (another successor state of the empire of Genghis Khan). He died fighting his fellow Mongols for power while the overall state of the Golden Horde declined, though he did manage to force the Byzantine Emperor to pay him tribute. He also, just before his death, backed a winner in the person of Kublai Khan who would become Emperor of the Mongols, founder of the Yuan Dynasty in China and rule the largest land empire in history. However, after his death, the Ulus of Jochi was again paralyzed by infighting for power, eventually drawing in Kublai Khan himself. And, of course, in the meantime there were devastating raids into tributaries such as Lithuania and Bulgaria. There was even another invasion of Hungary which proved ruinous but which was a failure. During this time it was the Hungarians who most often proved to be the sentinels of Europe against Mongol invasion (or “Mongol” invasion as the vast majority of the troops were not Mongolians at all). There were also struggles between the Muslim and Buddhist members of the ruling family but eventually it was Islam that would dominate.

In 1313 Uzbeg came to the throne and made Islam the official, mandatory religion of the Ulus of Jochi, banning Buddhism and the traditional shamanism of the Mongols. Still maintaining the alliance with the Mamluks and even marrying into the Egyptian Royal Family, the Jochi were becoming further and further removed, in both blood and custom, from their Mongol roots. Uzbeg held Russia by setting the local princes against each other and kept his state running by periodic raids into Europe as far as Serbia and Greece. He involved himself in power disputes within the Muslim world and met with setbacks at the hands of the Poles and Hungarians before the spread of the Black Death brought ruin and an end to any dream of the Golden Horde expanding into central and western Europe. As the years past and the Golden Horde descended more and more into civil wars territory began to be steadily lost. The Lithuanians began to rebel and push back, the Russians began to rise in rebellion and it was only by an alliance with the emerging Polish-Lithuanian Commonwealth that the Golden Horde was able to hold Russia and reassert control over it. 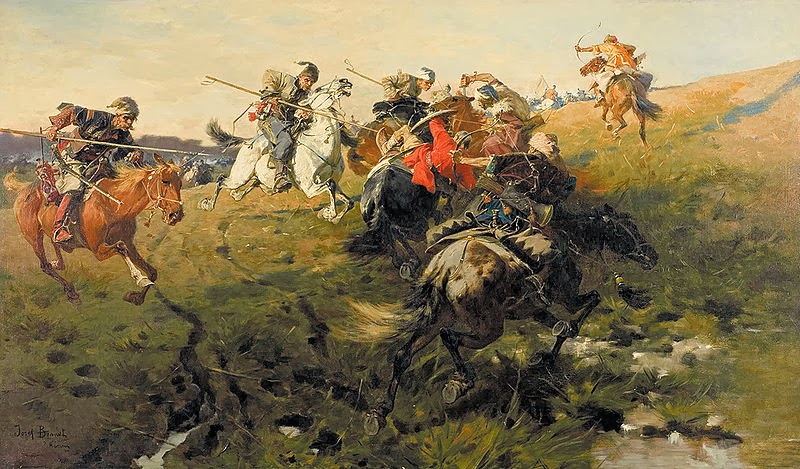 Eventually, however, the Golden Horde was brought down by various powers chipping away at the periphery. The Russians began to unify and rise against them, the Moldavians fought back, the Turks were expanding from the south and by that time the last ties with China and the Mongolian homeland had long been cut. A last, desperate invasion of the Kingdom of Poland was mounted in 1491 but it was defeated and very soon what had once been the Golden Horde was reduced to being the Crimean Khanate, a vassal of the Ottoman Empire. The last Khan of the Ulus of Jochi was forced to flee to Lithuania and died in prison. Eventually, the Russians would unite and the last remnant of the Golden Horde would be annexed to the Russian Empire by Empress Catherine the Great.

Although not always given a high profile, the Ulus of Jochi had a profound impact on world history and the development of many countries we know today. It was the western frontier of the great Mongol Empire founded by Genghis Khan. Russia united and became the strong country we all know, famous for immense endurance, after being ruled for quite a long time by the Tartars. The effect this had on the history of Russia and the Russian national character cannot be dismissed. The Polish-Lithuanian Commonwealth was formed, in part, because of the shared threat they faced from the Golden Horde. The Hungarians proved themselves matchless warriors and gained the support of western Europe for standing on the frontline against Tartar expansion and much of the expansion of the Ottoman Empire came about because of the weakening of the Ulus of Jochi. As a monarchy, it was not terribly stable or effectively managed, but its life, though long past, left a legacy that is still felt even today by the peoples of central Asia and Eastern Europe.
Posted by MadMonarchist at 12:05 AM