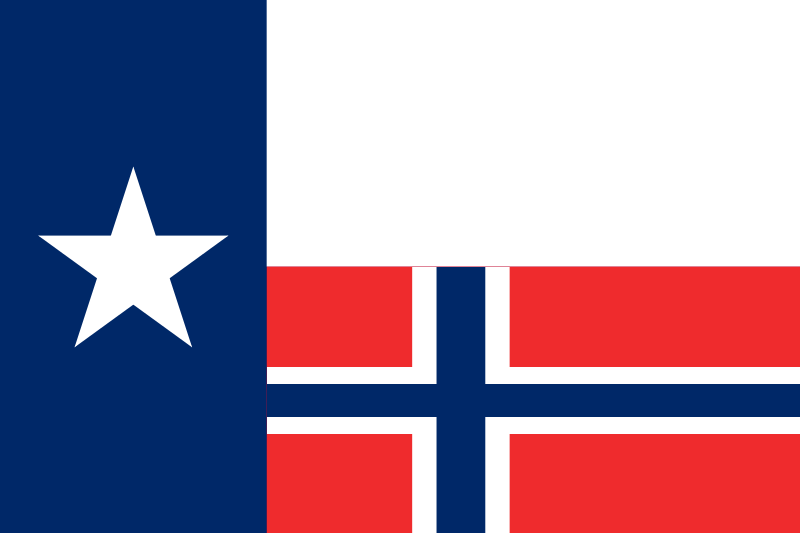 Texas and the Kingdom of Norway have had a relationship that began more recently than some others but which is also quite strong and has grown significantly stronger lately. Norway had little to do with Texas during the colonial period or independence but that changed after Texas joined the United States. Almost immediately at that point, in 1845, the first Norwegian colony in Texas was established when Ole Reiersen bought 1,476 acres of land in Henderson County. Along with his son Johan he recruited fifty families from Norway to come and settle on his land in Texas. At the time, the Kingdom of Norway was in personal union with the Kingdom of Sweden and the colony the Norwegians established was originally known as Normandy, just like the coastal area of France many are familiar with and for the same reason. Normandy (the one in France) was so named because it was settled by Vikings or Northmen, hence the name Normans and their land being known as Normandy. What is less clear is why, after some time, the Norwegian colony in Texas stopped being called Normandy and became known as Brownsboro. 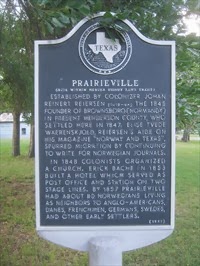 Unfortunately, this original Norwegian colony did not thrive as the Norwegians had a harm time adapting to the harsh Texas climate. They were used to the harsh climate of Norway with its extreme cold but were not prepared for the extreme heat of Texas. Reiersen also claimed to have warned the Norwegian pioneers about where they should and should not settle but that they did not take his advice and settled “in very unhealthy places…in the bottom lands”. Whether this was true or just an effort by Reiersen to explain away the failure of his colonial venture without attaching blame to himself we will never know but the fact is that things were fine until the full force of the Texas summertime heat began to be felt and suddenly everyone got sick. Everyone. The most common ailment was malaria though the Reiersen family was unaffected, living on a hill that put them high above the malarial lowlands. Still, those Norwegians fortunate enough to survive were heartier for it and moved further west, settling in the Four Mile Prairie near Dallas in 1848.

One of the most famous Norwegian-Texans to settle there was Elise Amalie Tvede. She was already a well known journalist and advocate for women in the Kingdom of Norway when, at the age of 32, she came to Texas in 1847. At the Four Mile Prairie Norwegian colony in Van Zandt County she settled down and married Wilhelm Waerenskjold. She became a prolific writer, first simply as a way to help people deal with the loneliness of her fellow Norwegian-Texans. She wrote letters to everyone telling them about the latest news in the community and, being a natural talent, she also began to write articles about life in Texas for publications back in Norway. She would often visit her neighbors who, it was said, treated her “like a bishop” because of her refined, dignified manner as well as her fame because of her literary ability. Long after her death in 1895 her name has lived on for the colorful accounts she left behind about her first-hand experience as one of the early Norwegian pioneers in Texas. Despite the rough start, the Norwegian presence in the Lone Star State was set to grow and expand in the years to come. 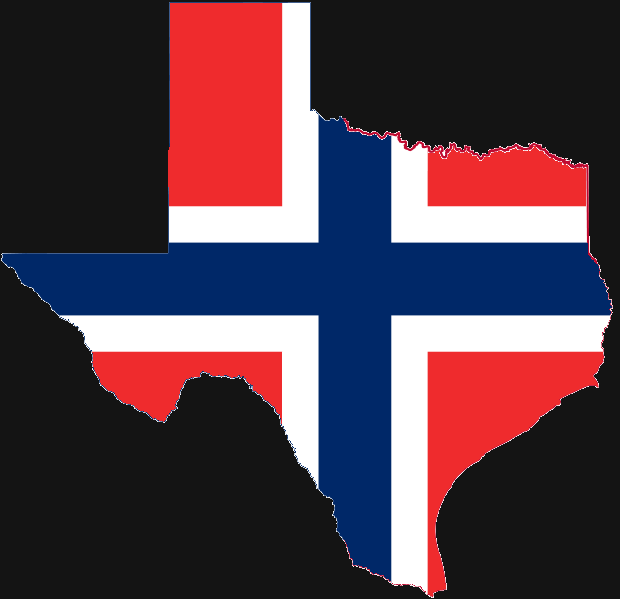 There were 105 Norwegian Texans according to the census of 1850 and their presence was expanding. Cleng Peerson came to Texas after exchanging letters with the first known Norwegian settler to Texas, Johannes Nordboe (who settled near Dallas in 1841) and he brought two other men with him named Ole Canuteson and Carl Engebretson Quaestad. They scouted the area around the Bosque River and when Bosque County was established in 1854 they were among the first settlers. More Norwegians came and soon a thriving settlement called Norse was established there. Immigrants from Norway continued to come to Norse until 1872 and Norwegian customs remained the rule rather than the exception into the early years of the Twentieth Century.

In 1909 a land developer in Chicago named Anders L. Mordt sold land in the northernmost reaches of the Texas panhandle in Hansford County to a group of Norwegian immigrants living in the Midwest. That was where most Norwegians had settled in the United States but not all were that impressed with it and were inclined to move to the more wide, open spaces of northern Texas. A new settlement was started that became known as “Oslo on the Plains”. Anders Mordt went to considerable expense to get this new settlement going; building a school to attract families with children and donating land for a church. He also started publishing a local newspaper in the Norwegian language. It became quite a busy, little community for a few years but, unfortunately, did not last long as the settlement was wiped out in a drought in 1912 which caused most families to move away. Still, the Oslo on the Prairie has never been completely forgotten.

By 1900 there were over a thousand Norwegian-Texans but by 1940 the number shrank slightly and, by that time, Norwegian had ceased to be spoken by most people. However, traces of Norwegian architecture and Norwegian names can still be found in the old settlements and an annual smorgasbord is still held at Our Savior’s Lutheran Church near the old town of Norse. In 1975 the Norwegian Society of Texas was established to preserve the cultural heritage of Texans of Norwegian ancestry and by 1990 94,096 Texans described themselves as of Norwegian descent. One of the strongest ties that still bind Texas and the Kingdom of Norway is the Norwegian Church Abroad or the Norwegian Seamen’s Church which was founded in 1864 and has spread all over the world, including, of course, to Texas. These are social and cultural centers as well as religious ones and provide a little taste of ‘home away from home’ for Norwegians with Norwegian food, drink, newspapers and television.

A Seamen’s Church was established in Pasadena, near Houston, Texas as well as The Seamen’s Church Institute. HM King Harald V of Norway first visited Texas in 1984 and planted a magnolia tree at the church. In March of 2005 Texas was treated to a follow-up royal visit when Their Majesties King Harald V of Norway and Queen Sonja visited the Seamen’s Church. They were greeted by children in bunads and cowboy outfits and a special recital by the church children’s choir. Hundreds crowded outside to catch a glimpse of the royal couple and the King watered the same magnolia tree he had planted on his earlier visit. Describing the reception, the King said, “Our impression is that it is good to be Norwegian in Texas. Thank you for the warm and impressive welcome”. In 2013 Their Royal Highnesses Crown Prince Haakon and Crown Prince Mette-Marit also visited Texas and again, Houston was on the itinerary as well as Fort Worth. The main purpose of the visit was for the Crown Prince to attend a conference on offshore oil drilling, something which is a major industry in Texas and Norway. The Crown Prince said he could learn a lot from the many years of experience Texas has in the oil business. The visit to Fort Worth was to inspect the facilities of Lockheed Martin from whom Norway had purchased 52 new F35 fighter jets. So, in terms of settlement, royal visits, shared business enterprises and trade, the bonds of friendship between Texas and the Kingdom of Norway go back quite far and have only grown stronger and closer over the years.
Posted by MadMonarchist at 12:10 AM