The Attempt at a Royalist Syria 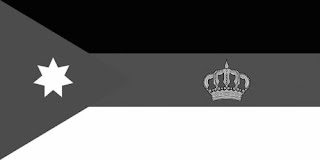 Today, with all of the controversy over Syria, it is worth remembering that Syria, as we know it today, was originally a monarchy even if only a short-lived legal formality. Why is this worth remembering? The answer should be self-evident. When one looks at all of the confusion, disorder and violence that has accompanied the so-called “Arab Spring” all of the worst bloodshed and all of the governments that have actually been overthrown have been republics. Tunisia, Libya, Egypt (all republics) have had upheavals and now Syria though it remains to be seen, at this point, if the government will survive or not. Monarchies have known turmoil during this time but none have fallen and none of the unrest has occurred on the same level as that seen in republics. The Kingdoms of Morocco, Saudi Arabia, Jordan and, to a lesser extent, the Gulf micro-monarchies have all been shaken but none have fallen nor have they degenerated into civil war. It should be obvious to any impartial observer that monarchy has been good for the Middle East and North Africa whereas republics have only caused confusion and disorder. Even when the republics have been stable it has only been because of the rule of barbaric tyrants who enforced such stability through the butchery of their own people. So, what about the original, Syrian monarchy? To understand the situation, as is not uncommon, one must go back to the First World War.

For centuries prior to that conflict Syria, like most of the rest of the region, was part of the Turkish Ottoman Empire. As soon as the Ottoman Empire entered the war on the side of the Central Powers, the Allies, primarily Great Britain, began to make diplomatic overtures to the Arab population. This campaign proved to be a resounding success with the Arabs, armed and equipped by the British, rising up against the Turks and fighting alongside the Allies, primarily Britain and France. The Arabs were led by Hussein bin Ali, Emir and Sharif of Mecca since 1908. Although not a nationalist by nature, Sharif Hussein had grown alienated from the Ottoman Empire since the takeover of the “Young Turks” in Constantinople and the subsequent effort to restructure and modernize the empire. When the British reached out to him, he first demanded their support in the creation of what amounted to an Arab empire that would include all the territory between Egypt, Turkey and Persia and with himself supplanting the Ottoman Sultan as the new Caliph of Islam. The British would not agree to all of this but nonetheless Sharif Hussein led the Arabs in revolt against the Turks in 1916 on the understanding that there would be an independent Arab state when the war was over and the Ottoman Empire was carved up. However, his aims ran contrary to the Sykes-Picot Agreement made by Britain, France and Russia to partition the territory of the Ottoman Empire between them.

The Sykes-Picot Agreement was secret, at least until the Bolsheviks took over Russia and made it public, to the embarrassment of all concerned. It ran rather contrary to what the western Allies at least had been saying about national self-determination as one of their justifications for war. Contrary to what some may think, that idea was not invented by U.S. President Woodrow Wilson, though he certainly made it worse by emphasizing it even more than Britain and France did (Wilson himself later admitting that he had spoken in ignorance when he did so. Oops. Yeah, thanks for that Woody). What is today southern Iraq, Jordan, Palestine and points south were claimed by Britain (with promises of a Jewish state in Palestine coming as early as 1914) with northern Iraq, Lebanon and Syria being claimed by France (Russian gains were to have been in northern Turkey and around Constantinople). The British, with the Balfour Declaration, tried to invalidate the agreement but also renounced any promises made to the Arabs. In any event, under a different name, most of the territorial claims made in the Sykes-Picot Agreement became a reality after the war was over with Palestine, Jordan and Iraq becoming British mandates and Lebanon and Syria becoming French mandates. At the time, of course, there were no such countries and pretty much everything between what is now Saudi Arabia and Turkey was referred to at the time as Syria. The Arabs also had considerable forces on the ground and were determined to claim the territory they wanted regardless of what the Allies in Paris thought.

The problem was that the Arabs were not very united, nationalism still not having replaced the more prevalent tribalism of the region. In Mecca, Sharif Hussein was declared “King of All the Arabs” by the clerics there but it was an empty title. In Damascus a congress was convened but the feuding Arabs were crippled by internal divisions and the situation stagnated. Finally, the idea of an outright Arab empire was dropped but what was hoped for next almost amounted to the same thing. The region was to be divided up between Sharif Hussein and his sons. This is when the Kingdom of Syria came into being, the first independent state of Syria as we know it today though, at the time, it was much larger than modern Syria. Sharif Hussein reigned as King of the Hejaz though he was in a constant struggle against the House of Saud and their Wahhabi supporters (a struggle, obviously, he would eventually lose -ironically the fight had predated World War One but, in those days, the Ottoman Turks had helped keep the Saudis and the Wahhabis in check). What is today Syria, Palestine and northern Iraq were declared the Arab Kingdom of Syria under King Faisal I (son of King Hussein) with Prince Zeid (another son of King Hussein) declared regent of Iraq. Another son, Abdullah, became King of Transjordan.

This was not exactly the Arab empire some had originally envisioned but it was not far removed with Hashemite monarchs reigning over the entire region, though Palestine was never going to remain as the British were intent on keeping the promises they had made to the Zionist movement in 1914. There was simply no way to reconcile the agreements made by Britain and France with the promises for a “Greater Syria” made to the Arabs. Because of this, neither Britain or France recognized Faisal as King of Syria and this would prove problematic since France insisted on exclusive influence and certain controls over Syria. Having been on the throne for only a few months and with chaos still reigning throughout much of the region, King Faisal felt he had little choice but to agree to the conditions of the French republic. This, however, proved unacceptable to the fiery, pro-independence faction which demanded defiance to any limitations on Syrian independence. It was an embarrassing situation for King Faisal who, under intense pressure from his people, was obliged to denounce the agreement he had just made and assert complete independence for the Kingdom of Syria. The French republic responded by announcing their intention to rule directly and dispatched troops to enforce French authority.

On July 14, 1920 French General Henri Gouraud sent an ultimatum to King Faisal, demanding that he surrender. With no foreign powers recognizing his government and with his own military lacking heavy weapons, King Faisal felt he had no choice but to surrender rather than see his people butchered in a fight they had no realistic chance of winning. In spite of this, his minister of war decided to defy the King and confront the French army. The result was the disastrous battle of Maysalun in which the Syrian forces were easily crushed. Damascus fell a few days later and the remnants of the Syrian army fled the country or surrendered to the French. King Faisal was officially deposed and forced out of the country, going into exile in Great Britain. There were rebellions later on, none of which were successful, and under one name or another direct or indirect French rule was maintained in Syria until 1946, a Republic of Syria having been created along the way. The exiled King of Syria was not out of the picture however. When the British effort at direct rule over Iraq proved rather problematic, King Faisal I of Syria was brought back to the Middle East and enthroned as King Faisal I of Iraq. Hashemite rule and the Kingdom of Iraq lasted until 1958 when King Faisal II was murdered in a military coup. As an aside, only one of the Hashemite monarchs was able to persevere. The Kingdom of Syria was brought down by the French, the Kingdom of Iraq was brought down by nationalist radicals and the Kingdom of the Hejaz was overthrown and replaced by the Kingdom of Saudi Arabia. Only the Emir of Transjordan, later the Kingdom of Jordan, under King Abdullah remained and the Hashemite dynasty still reigns in Jordan to this day. 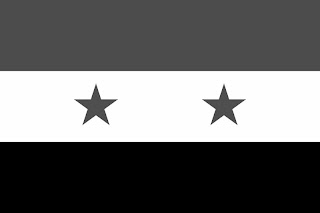 As most know, the subsequent history of Syria (and Iraq for that matter) stands in stark contrast to the relative peace and stability of the Kingdom of Jordan. After the departure of the French the Syrian Republic was rocked by numerous coups, rebellions and disastrous wars. In 1958 Syria was merged with Egypt to form the United Arab Republic but another military coup in 1961 took Syria out of that union. It was one coup after another for a short time until a dictatorship was established by the Arab Socialists of the Ba’ath Party (which had branches in Syria and Iraq). There were still coups and factional feuds within the Ba’ath Party that ruled Syria which, of course, further ruined the country. This was a dictatorship where the trains did not run on time, so to speak. Stability, but certainly not peace and calm, came for a time with the coming to power of Hafez al-Assad in 1970. He held power until his death in 2000 when he was succeeded as President by his son, the currently embattled Bashar al-Assad. Again, the contrast could not be more stark between the republics of Syria and Iraq, both of which ultimately fell to brutal Ba’athist dictatorships, compared to the Hashemite Kingdom of Jordan which has maintained order and stability, with friendly relations with countries all over the world and which is a respected country by almost everyone in the region.
Posted by MadMonarchist at 12:07 AM