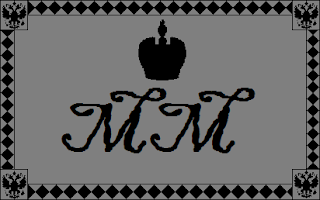 We begin this week in the Far East where Their Imperial Highnesses the Crown Prince and Crown Princess visited disaster evacuees in Fukushima. Red China has recently expressed environmental and public health concerns over the defunct nuclear plant in Fukushima, you know, the Red China that has air you can see and rivers full of dead pigs -yeah, they’re concerned Japan may be hurting the environment. In news that really isn’t news, last Monday HM King Norodom Sihamoni appointed Prime Minister Hun Sen to another five-year term in office after opening the national parliament to a fairly sparse crowd. Hun Sen’s Cambodian People’s Party was the only group of lawmakers in attendance as the opposition boycotted the opening on the grounds that Hun Sen winning every election since the invading Vietnamese first put him in power smells a bit of fraud. The Cambodia National Rescue Party led by Sam Rainsy called it the “one-party parliament” and asserted that it does not represent the Cambodian people as a whole. Also some sad news in southeast Asia as on September 16, 2013 Dona Martina Kinena Ximenes da Silva, daughter of the late King of Sikka in Indonesia passed away. She was married to the Raja of Larantuka, Raja Don Lorenzo III, enthroned in 1941 and a center of Catholicism in Indonesia. She was thus the last Queen from the era when the royals held official status in Indonesia. She will be missed.

On the near eastern front, the Ottoman Empire made the news last week as researchers in Hungary, searching for the tomb of the celebrated Ottoman Sultan Suleiman the Magnificent found the remains of an entire town near the village of Turbek. In events of more recent concern, analysts are saying that the Emirate of Qatar is losing influence these days after the abdication of their monarch on June 25 and with Saudi Arabia emerging as the primary backer of the anti-Assad forces in Syria. The Paris-based Observatory of Arab Countries marks the ousting of the Islamic Brotherhood from power in Egypt by the military as the start of the decline in influence for oil-rich Qatar. The state, known for its Al-Jazeera television network and considerable support for the Muslim Brotherhood helped bring down Gaddafi in Libya and has been supporting the rebels in Syria only to see that not everyone is buying what the Brotherhood is selling and the Saudis taking on a bigger role in Syria. However, Qatar still supports Islamist movements in many areas, including Syria, where the current government of republican Turkey is also assisting in the support for Islamist rebels against the Ba’athist dictatorship. And, over at the United Nations, King Abdullah II of Jordan has asked for more foreign assistance in handling the crisis being caused by the huge numbers of Syrian refugees seeking safety in the peace and stability of the Hashemite Kingdom of Jordan. The King told the General Assembly, “…I say here and now that my people cannot be asked to shoulder the burden of what is a regional and global challenge”. Outside the UN, rather than the King, it was his glamorous Queen Rania who attracted the attention of photographers. Later, at the Clinton Global Initiative, the style Queen of Jordan presented an award for leadership to Malala Yousafzai, a Pakistani teenager shot by the Taliban militia for promoting the idea of education for girls in New York City (that is, the award was given in NYC, no one was shot there for trying to educate girls -with the public education system in NYC neither girls or boys are educated).

In Africa there has been a bit of royal news making the headlines. In the Kingdom of Swaziland, the last absolute monarchy in Africa, a pro-democracy activist won a seat in the national parliament for the first time despite an African Union mission complaining that certain political parties were barred from participation. Jan Sithole, president of the Swaziland Democratic Party won a seat and said that others of his party did as well but he refused to name names. Their participation was criticized by some who wished for pro-democracy groups to boycott the process entirely. As it stands now the King appoints two-thirds of the upper house as well as the prime minister. Others are elected from amongst candidates chosen by hand-picked chiefs loyal to the King -something the pro-democracy crowd is not happy about. Also, not far away, in the neighboring Kingdom of Lesotho, Britain’s Prince Harry has teamed up with Prince Seeiso of Lesotho to help herd boys in that small country. And, at the other end of the continent, journalist Ali Anouzla was arrested in the Kingdom of Morocco on the charge of defending and inciting terrorism after posting a link to an Al-Qaeda video on his news website. The free press people are complaining but, really, an Al-Qaeda video; what was he thinking?

In Europe, moving from south to north, HM the King of Spain kept busy with official duties in the days running up to another hip surgery. It comes at a bad time as the Royal Palace has been trying to improve the public image of the King by highlighting how hard he works, his many engagements and obligations only to have to keep postponing things because of medical problems, all the while trying to tramp down speculations about the King abdicating in favor of HRH the Prince of Asturias. In any event, the Royal Family rallied around the monarch to support him in this difficult time and, fortunately, the surgery seemed to go well with the King reportedly “stable, comfortable and in good spirits”. The hospital manager called the monarch’s recovery, “highly satisfactory”. We wish His Catholic Majesty a swift recovery and for many more productive years on the Spanish throne. Farther up the Mediterranean in Monaco, the Princely couple were absent having lots to do at the UN. Prince Albert II called for reinforcing the UN’s emergency relief office and Princess Charlene was welcomed to the Big Apple by First Lady Michelle Obama. Closer to home the newlyweds Andrea and Tatiana Casiraghi made their first post-nuptial public appearance last week.

The Low Countries were a mix of good and bad news this week. First, the good news, the Grand Duchy of Luxembourg gained a new royal with the wedding of Prince Felix and Claire Lademacher, now Princess Claire, at the Basilique Sainte Marie-Madeleine. A very happy and handsome couple, we send our congratulations and wish them all the best and a lifetime of wedded bliss. Less pleasant was the not surprising but still infuriating display of treason mixed with plain rudeness by republicans in the neighboring Kingdom of Belgium. It was to be expected that there would be problems when the new King Philip and Queen Mathilde, as part of their tour of the provinces, visited the notoriously rowdy city of Antwerp in Flanders. Several hundred loyal people showed up to cheer and display proper, warm Flemish hospitality but just as many traitors showed up to boo and heckle the new King and Queen, among other things shouting, “Death to Belgium”. What refined, civilized people republicans are. All other “joyous entries” have been just that, Antwerp has the dubious dishonor of being the only city to display such vile behavior to the new King and Queen. Finally, in the Kingdom of The Netherlands, some unfortunate news as well. Princess Beatrix (the royal formerly known as Queen) had a fall at home and broke her cheekbone, requiring surgery. The 75-year old former monarch was operated on Sunday. We wish her a speedy recovery.

Forging ahead, things were busy but not necessarily earth-shattering for the Scandinavian royals recently. The Crown Princess of Norway was talking about AIDS in New York at the Clinton Global Initiative, Queen Sonja teamed up with the Duchess of Cornwall to tour a cancer center in Scotland and King Harald V had an area on the eastern part of the Arctic archipelago of Svalbard named “King Harald V Land” in his honor. The Norwegian King and Queen are also being urged to call off a trip to the Republic of Turkey because of the record of that country when it comes to the media and freedom of the press. Currently Turkey has more journalists in prison than any other country. Across the border in Sweden, the King said goodbye to the ambassadors from Japan and the bandit government in Peking and opened a new tourism office in Stockholm. Prince Daniel visited Lund with Prince Daniel’s Fellowship and down in Denmark, a special story was done by “The Australian Women’s Weekly” called “A day in the life of Crown Princess Mary”. She’s still a pretty big deal in her native land (Down Under) and she’s pretty big in Denmark too of course; biggest thing in Denmark since Reptilicus (maybe).

Finally we finish up with the royals of the British Isles (and apologies, I did not plan on this being the longest royal news report ever) where little Prince George of Cambridge got his passport for his upcoming trip to Australia, commemorative coins released for his christening and his Duke and Duchess mom and dad got a new “married” coat of arms approved by HM the Queen. The Richard III Society has withdrawn funds pledged for the late King’s tomb beside they thought the design was terrible and a petition for a parliamentary debate on where to bury the Yorkist king failed to garner anywhere near the 100,000 signatures necessary. There just never seems to be any good news related to King Richard III. We were though very pleased to hear that the Duke of Edinburgh was back at the barbeque in Balmoral (hurrah for Prince Philip!) but we were much less impressed to see uncouth busy-bodies lashing out at the Earl of Wessex simply for wearing a necktie that included scenes of the great, glorious and beautiful traditional Spanish sport of bullfighting. Meanwhile the Duke of York visited the Socialist Republic of Vietnam and met with the chairman of the National Assembly Nguyen Sinh Hung on strengthening economic ties between Vietnam and Great Britain. The Prince of Wales has kept very busy, among other things by promoting environmentally friendly cabinets. I don’t really have anything to say about that one.
Posted by MadMonarchist at 12:06 AM