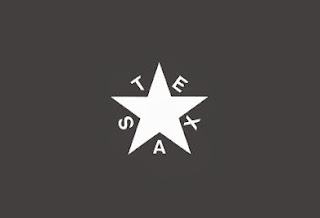 It sounds absurd to be sure and, in this case, it certainly was. However, it says something about how paranoid early Americans were about monarchs and the monarchies in Europe. The time was January 10, 1836 in the middle of the Texas War for Independence. The source of this conspiracy theory was Colonel Francis W. Johnson, one of the four (yes, four) men claiming to be commander-in-chief of the Texas army. This was after the main Mexican garrison of Texas in San Antonio had surrendered and paroled back to Mexico. Many Texans hopefully thought the war was over but one audacious Scotsman named Dr. James Grant had rallied support, mostly among the aggressive and impetuous volunteers newly arrived from the United States, to make a (rather ridiculous) assault on the Mexican city of Matamoros across the Rio Grande. Colonel Johnson went along with this plan by his co-commander-in-chief Grant as did commander-in-chief General Sam Houston, at least so long as he thought he would be in charge of it. When he found out otherwise, Houston turned into an opponent of the hair-brained Matamoros expedition. He spoke out against it and tried to influence the volunteers to abandon the enterprise and remain in Goliad with their commander-in-chief Colonel James Walker Fannin Jr. Keeping up? Well, suffice it to say that with an undisciplined army of volunteers, raised on the most overblown and romanticized tales of the American War for Independence and the War of 1812, Colonel Johnson decided to try to win the volunteers over to the attack on Matamoros by waving the threat of a monarchial conspiracy. He said (and please forgive my inability to refrain from commenting):

To arms! then, Americans [note: not Texans -MM], to aid in sustaining the principles of 1776 [note: not 1824 -MM], in this western hemisphere. To arms! native Mexicans, in driving tyranny from your homes, intolerance from your altars [note: a swipe at Catholicism, the at least nominal faith of many Texan leaders -MM], and the tyrant from your country. In this very hour the crowned despots of Europe have met in unholy conclave, to devise the means of crushing liberal principles [if only that were true -MM]. Louis Philippe of France, faithless to his oath, now sits side by side with the monarchs of Russia, and Austria, and Prussia, and Spain, and the minister of Santa Anna is seen among them. Before this, it is more than probable that the freedom of Mexicans has been sold to the tyrants, that European force is to sustain the diadem on the head of the traitor Santa Anna [and he was a traitor, to the King of Spain, which would make one wonder why Spain would wish to help him -MM]. Not only Texas and Mexico, but the genius of liberty, demands that every man do his duty to his country [look out there Frank, you’re starting to sound like that great monarchist Lord Nelson there -MM], and leave the consequences to God. Our first attack will be upon Matamoros; our next, if Heaven decrees, wherever tyranny shall raise its malignant form [bringing democracy to the world, even in 1836 folks -MM].


Now, lest anyone here become so outraged as to direct their vitriol against the whole of the great state of Texas, let me say that Texas Governor Henry Smith, who was also against the whole hair-brained Matamoros scheme, was no less outraged himself at this shockingly aggressive and dangerously jingoistic pronouncement by Colonel Johnson. In fact, so opposed to the whole expedition was he that Governor Smith soon lost his job, though he denied the right of the provisional government to do that to him. This led to Texas having two rival governments and four rival commanders of the army at the same time (yet they still managed to win the war thanks to years of rampant republican incompetence in Mexico -imagine that). It should go without saying that there was not a word of truth to anything that Johnson said. Of course there was no conspiracy of European monarchs to stamp out “liberty” in the Americas. Expecting that level of solidarity between the monarchs of France, Spain, Prussia, Austria and Russia was definitely expecting too much. Oddly enough, given the memories and callbacks to 1812 and 1776 it seems that Great Britain was the only major European monarchy not included in this ‘vast, right-wing conspiracy’.

It seems also particularly unfair that, among all of these crowned heads of Europe, the only one Colonel Johnson singled out by name was the hapless French King Louis Philippe. In fact, after the Republic of Texas won independence from Mexico at the pivotal battle of San Jacinto in April of that year, King Louis Philippe was among the first foreign leaders to recognize the Republic of Texas and establish friendly, diplomatic relations (one can even still visit the old embassy of the Kingdom of France in Austin). One also cannot help but wonder how someone like Colonel Johnson, in the wilds of northern Mexico, commanding a ragtag army of, well, probably tens of men at that point, was so well informed about the secret conclaves of European monarchs? However, as it happened, and as we have discussed before, Santa Anna did, in fact, send a delegate to Europe to see about importing a royal to Mexico but this was around six years after Colonel Johnson made the above declaration and, even then, one cannot help but be cynical as to the sincerity of the man who had betrayed King Fernando VII of Spain, Emperor Agustin I of Mexico and was then hailed as a hero for thwarting the Spanish attempt to retake Mexico at the siege of Tampico (and it should also be remembered that this Spanish expedition stood no chance at all of conquering Mexico and was defeated by coastal illness rather than Santa Anna).

What is clear from this is just how much anti-monarchy paranoia there was in the American psyche of that time. This was the era of American presidents like Andrew Jackson who gloried in their humble origins and congressmen like Davy Crockett who boasted that in all the time he served as a magistrate he had never read one page of any law book. We can see from such attitudes how the class hatred first incited by men like Thomas Paine had worked out. Monarchy and aristocracy were so vilified and the common man so glorified that the result was a ‘race to the bottom’ in which everyone seemed determined to out-do each other in their crudity, origins in poverty and ignorance. Unfortunately, such attitudes remain alive and well in many quarters of America today and in many other countries around the world. At the time, thankfully, this little outburst by Colonel Johnson was generally treated with the seriousness it deserved; which was very little. The expedition never made it anywhere near Matamoros and the scattered remnants were defeated by the Mexican column of General Jose Urrea though, as we know, the Texans eventually won the war (thank God). And, just to show how absurd the above rant by Colonel Johnson was, the Kingdoms of France, Belgium and The Netherlands established diplomatic relations with the Republic of Texas. The United Kingdom did as well, at least in fact but not in name for fear of offending Mexico (it was rather like the situation with Taiwan and Red China today when it comes to foreign diplomatic relations). The British were even pleased with the Republic of Texas as a potential third power in North America that would balance out the growing United States and for that reason even tried to work out a deal for the Mexican recognition of Texas independence in exchange for Texas staying out of the United States though, alas, the Mexicans rejected such a proposal.
Posted by MadMonarchist at 12:08 AM