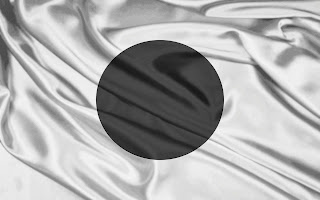 Recently, tensions have been raised dramatically between the State of Japan and the People’s Republic of China (as well as the Republic of China on Taiwan to a lesser extent) over a small group of rocky, uninhabited islands known in Japan as the Senkaku islands and as the Diaoyu islands in China. Unlike the previously discussed dispute over the Falkland Islands, the Senkakus only recently became a controversial issue and, fortunately, one does not have to go back so far in history to trace the origins of the dispute. That, in itself, however, is something worth giving a moment of consideration. Certainly in Japan it is not seen as merely coincidence that the two Chinese republics only decided to lay claim to these minor islands after evidence of mineral resources was found in their vicinity, and after Japan had adopted a constitution that embraced pacifism and after the American occupation of Japan had ended. In other words, China only “discovered” that the Senkaku islands had “always” belonged to China after they learned they might be worth something and after the point when their claim would have meant a dispute with the United States rather than an officially pacifist Japan. As with the earlier case looked at, it should be made clear at the outset that the Chinese claim is blatantly ridiculous and there should be no doubt that the Senkaku islands are Japanese sovereign territory. So, how did this dispute come to be? Let us take a look at some history first. 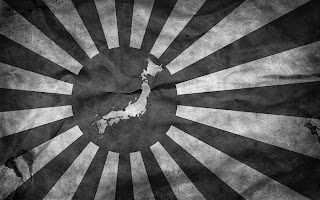 Almost every territorial dispute involving Japan essentially comes down to an effort by the neighboring republics to change historical events that were disadvantageous to them following the defeat of Japan in World War II. For the most part, the Chinese claim that the Senkakus were a part of the Great Ming Empire, arguing that they were either a part of Taiwan or a part of the Okinawa-based Ryukyu kingdom which was a vassal of China (and a vassal of a Japanese daimyo at much the same time). One should keep in mind that Red China has used a similar argument to lay claim to other foreign, non-Chinese lands in the past. For example, because Tibet and Mongolia were vassals of the Manchu emperors, communist China claimed Tibet and Mongolia to be “Chinese”. Tibet was occupied and no doubt Mongolia would have been as well were it not already a part of the Soviet Union in all but name at the time. However, what is seldom mentioned is that China refused to deal with any foreign power unless they took the position, at least formally, of being a tributary of the Emperor of China. By that logic, Korea and Vietnam, for example, could both be claimed as “Chinese” territory. However, in the case of the Senkaku islands this is particularly absurd since the islands are unoccupied, have always been unoccupied and China nor Taiwan nor the Ryukyu kingdom never made any effort to formally claim them. They were simply rocks in the ocean that belonged to no one.

The first formal claim on the islands came in 1895 when the Empire of Japan formally incorporated the islands and installed markers on them to clearly show them as being Japanese territory. No other power had ever even attempted to do something similar at any point in the past. In fact, Chinese records dating back to the Ming dynasty clearly show the islands being labeled as non-Chinese territory and more recent Chinese maps and documents list them as belonging to Japan and label them with the Japanese rather than the Chinese names for them. The best China can do is to point to some “discovered” historical maps which show the islands labeled in Chinese. However, these merely prove that the Chinese knew of their existence, not that they were Chinese territory. Furthermore, words alone have never been deemed enough to lay claim to a territory. One can claim to own anything in the world but unless some effort is made to actually possess such a territory, the claim is meaningless. Recently, the Chinese republics have become quite adept at finding historical maps that show just about everything around them as belonging to China. Thankfully, these are all meaningless to the current dispute as they do not take into account the many international agreements and treaties made in the intervening centuries. After all, there are historical maps which show Florida belonging to Spain, most of France belonging to England or Poland belonging to Russia yet they have no bearing on the current legal status of any of these places. 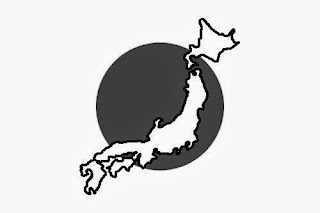 Realistically, the Chinese are forced to deal with this fact and so tend to argue their case based on the Treaty of San Francisco which a defeated Japan was forced to sign by the victorious Allies after World War II. In this treaty Japan was forced to renounce Taiwan and all the islands belonging to it, basically undoing the Treaty of Shimonoseki in which Taiwan became a Japanese colony following the Japanese defeating China in the First Sino-Japanese War. However, as stated above, the Senkakus had never belonged to Taiwan and so were not part of the lands handed over to China according to the Treaty of San Francisco. In fact, by that same treaty, the Senkakus were clearly designated as a part of Japan and thus came under the jurisdiction of the occupying forces of the United States, grouped as part of the Ryukyu Islands and the Chinese never objected or protested at all to this assertion at the time. This is significant, because the Chinese did make other objections to the treaty concerning territory they wished to claim. China was not represented at the San Francisco meeting because there was a civil war going on and no one could decide which side to invite; the United States wanted to invite the nationalists and the United Kingdom wanted to invite the communists so neither side ended up attending. The Chinese protested, however, claiming the Paracel, Spratly and Pratas island groups as their own but said nothing about the Senkakus.

In fact, as late as 1969 officially Chinese documents still listed the Senkakus as Japanese territory. During the American occupation, U.S. forces even used a couple of the islands as a bombing range for American aircraft and yet, during all that time, China raised no protest. Surely, if they truly believed these islands were Chinese territory, they would have at least raised their voices slightly when they were being bombed by American aircraft, but, not a sound was heard. The situation only began to change in 1969 (the same year the Chinese still say the Senkakus belong to Japan) when the UN identified potential oil and natural gas reserves in the area surrounding the Senkaku Islands. Suddenly, as if by a miracle, the bandit government in Peking became interested. Yet, they still said nothing until 1972. What happened in 1972? Purely by coincidence I am sure, this is when the United States ended its occupation of the Ryukyu Islands, including the Senkakus, handing them back over to Japan (the Allied occupation of Japan having ended in 1952). So it was only then, once oil and natural gas had been discovered and after the United States was no longer responsible for the area, that the Chinese republics suddenly announced to the world that the Senkaku Islands had “always” been Chinese.

The idea that anyone at all could be taken in by such blatantly dishonest and self-serving tactics is, frankly, astounding. Regardless of what any historical Chinese maps label the islands, the facts are these: the only country to ever actually make a physical claim on the Senkaku Islands is Japan, the only country to ever actually occupy the Senkaku Islands (in a short-lived business venture) was Japan and before the UN discovered potential oil and gas reserves in the area there was no disagreement at all that the Senkaku Islands belonged to anyone other than Japan. The fact that these were Japanese islands and did not belong to China (or Taiwan) was made clear by their being included in the U.S. occupation of Japan and in subsequent defensive treaties between the United States of America and the State of Japan, the Senkaku Islands were clearly included as Japanese sovereign territory just as Chinese official records show the islands as belonging to Japan right up until China thought they might be worth something. One would also be foolish not to view this dispute in context since Red China has similar disputes with many other neighbors, particularly in the Southeast Asia area concerning islands in the South China Sea, all of which China suddenly took an interest in when oil and/or natural gas deposits were found to be in the area. Similar disputes involve the Chinese republics with The Philippines, Malaysia, Vietnam and Brunei all because China has discovered mineral deposits in certain areas. Communist China, ironically enough, has no other motive than the profit motive when it comes to their sudden claim on the Senkaku Islands.
Posted by MadMonarchist at 12:12 AM