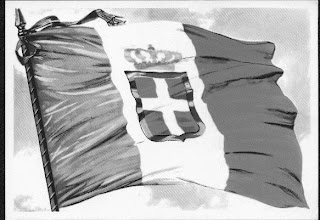 The financial woes of the Italian Republic are now, thanks to the E.U. and global finance, a matter of international concern. It is a crisis that has been a long time in coming and definitely puts the lie to those who claim that monarchy is financially burdensome while a republic is some sort of bargain. Surely, in economic terms, there is no greater example than modern Italy of what a poor return on public money a republic can be. That the monarchy was inordinately expensive is an argument only the foolish or truly ignorant could ever accept. Why is that? Because, one could certainly point to the grandeur of the royal residences, the glittering pomp and ceremony and the splendor of royal progresses to make the ignorant believe that the monarchy must have been a huge drain on the public purse. However, most of this came from the private accounts of the House of Savoy from money raised by their own properties and not from the public trough. Even then, in times of economic hardship, the King of Italy drastically renounced his income, cut back expenses and handed over valuable and extensive properties to the state. Has any of his republican successors done likewise? Certainly not and quite the contrary in fact. What has been done is to replace the monarchy with one of the most expensive and top-heavy republics in the world.


How many people, in or outside of Italy, are truly aware of this? How many of those who have loaned money to the safekeeping of the free-spending republican politicians are aware of this? How many are aware that the Italian Chamber of Deputies actually has far more members than the House of Representatives in the United States (which, for those unfamiliar with geography) is very many times larger than the Italian Republic? Not only is the government bigger, which means that there are more politicians to pay, but they are paid quite a few times more than their American counterparts as well (and rest assured that American Congressmen are in no danger of going hungry). In fact, Italian politicians are amongst the most highly paid and lavishly compensated in the entire world! So, what do Italians today have to administer their country? A republican government that is bigger than most, more expensive than most and more ineffctive than most as well. Bigger is not better and for as much as they cost the Italian taxpayer the government has clearly not provided value for money. Further, despite the promises of democratic republicans, they are by no means more accountable. When the people vote to cut the pay of their politicians, their votes are ignored and, of course, presiding over it all now is Prime Minister Mario Monti, an EU financial bureaucrat who was never elected to any office in Italy ever! 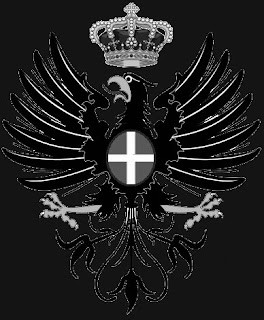 In addition, the tax-and-spend policies of the republican government have been digging Italy into a deep financial pit for decades. It was under the socialist prime minister (no surprise there) Bettino Craxi that the Italian national debt rose to be greater than the entire gross national product of the country -and that was in the 1980's! Things have hardly improved since as the current state of affairs clearly demonstrates. Recently, the European Union mandated that Italy would have to give help in the bail-out of Spanish banks and loan money to Spain at 3% interest. However, due to the fact that Italy herself is quite broke, Italy will have to borrow money to give that loan at 7% interest! What sort of economic and mathematical idiot thought up that "brilliant" plan? With leaders like that, is it any wonder that Italy finds herself on the brink of economic ruin? Probably not, considering that even the largely ceremonial office of President is currently held by a former member of the Communist Party, an ideology not known for creating economic prosperity around the world to say the least.


Italy would be better off to rid themselves of the lot of these overpaid, under-performing members of the political class, restore the lire, restore the monarchy, trash the tangle of regulations that strangle growth and incentive, leave the EU and pursue again a policy of "sacred self-interest" in which only those policies are pursued which will be to the benefit of the Italian nation. As things stand now, the people are disenchanted with their government, over taxed, over regulated and rapidly growing frustrated and divided. No country or government is ever without fault and certainly the Kingdom of Italy was not free from error. However, the Kingdom of Italy was brought down by intrigue and betrayal at the end of a world war while the Italian Republic is being brought to its knees simply by corruption, idiotic policies and carelessness, all of which amount to "business as usual" in the realm of the republicans.
Posted by MadMonarchist at 12:29 PM