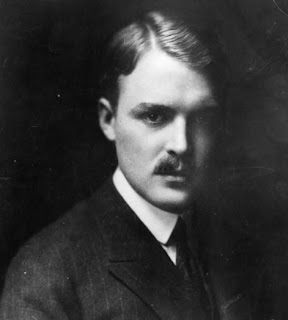 HSH Prince Pierre of Monaco, Duc d’Valentinois was born Pierre Marie Xavier Raphael Antoine Melchior Comte de Polignac in Kerscamp on October 24, 1895. His father was the French Maxence Melchior Comte d’Polignac and his mother was the Mexican lady Susana Maria de la Torre y Mier. His family was one of the oldest and most elite aristocratic families in France. One of his ancestors was a sister of Madame de Montespan and another was Yolande de Polastron, Duchesse de Polignac, one of the favorite friends of Queen Marie Antoinette. Described as charming, sensitive, suave and elegant the multi-lingual aristocrat was a common feature at elite parties in France and Monaco where he attracted the attention of Princess Charlotte of Monaco, the only child of Prince Louis II. 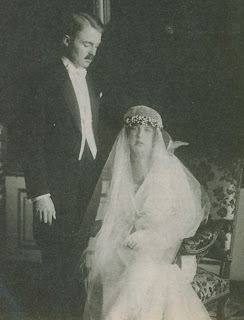 HSH Prince Albert I took an interest in the count as a possible husband for Charlotte as it seemed likely she would become Sovereign Princess of Monaco and he was rather concerned about history repeating itself with the story of the only other Sovereign Princess in Monegasque history Louise-Hippolyte. A prenuptial agreement was reached which would limit the role of the count should his wife ever take the throne. The legal haggling done Charlotte and Pierre Comte de Polignac were married in a civil ceremony on March 18 followed by a religious ceremony on March 19, 1920 at Marchais. The count officially became HSH Prince Pierre Grimaldi, Comte de Polignac, of Monaco. After the marriage he was also given the title of Duke of Valentinois.

At first things went well and nine months later Charlotte and Pierre had their first child, Princess Antoinette, on December 18, 1920. However, from the very start Pierre had a bad relationship with his formidable father-in-law Prince Louis II. The crusty military man viewed Prince Pierre as “a society dandy”. When Louis II succeeded to the throne relations only worsened as he insisted on keeping his family close around him and father and son-in-law could not have been more different. On May 31, 1923 Princess Charlotte gave birth to a son, Prince Rainier, and as far as Louis II was concerned, with the arrival of male heir, Prince Pierre was no longer necessary. 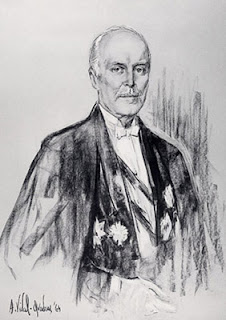 In the divorce settlement Prince Pierre had insisted on keeping control of the education of his son Prince Rainier and sent him to a very harsh boarding school in Britain. Rainier was so miserable he tried to run away and Princess Antoinette fought so fiercely with Prince Pierre that she accused him of being abusive (something few would believe). All of this was enough for Prince Louis II to take charge of his grandchildren himself. Pierre tried to take his case to court but there was little he could do against the Sovereign Prince of Monaco and Louis II won the day.

Over time Prince Rainier became quite upset with his mother and grandfather for keeping him away from his father for so long. Rainier and Prince Pierre wrote to each other and became as close as possible through correspondence. Prince Rainier became quite fond of him, finding him a completely different person from the image of Pierre that his mother and grandfather had and missed his presence in his life. He was quite worried when their correspondence stopped during World War II which, he later discovered, was because Prince Pierre was aiding the Free French underground; something which might have surprised his ex-father-in-law.

When Louis II died and Rainier III became Sovereign Prince of Monaco he immediately lifted the ban against his father and Prince Pierre was able to return to the principality to attend the most important events in the life of his son. Princess Antoinette would have no reconciliation with her father but Rainier worked to put the past behind them and rehabilitate the reputation of his father in Monaco. Prince Pierre remained very close to his son and a trusted advisor and confidant when needed until his death on November 10, 1964. He did at least live long enough to see his son marry the lovely Princess Grace and start enjoying the close-knit and happy family life that he had never had.
Posted by MadMonarchist at 12:17 AM