A Loss in Austria, a Win in Italy

Sunday, Europe saw two countries voting on very different issues but which were seen as part of a wider potential trend. Austria had a repeat of its last presidential election when the first vote was invalidated between the Green Party candidate and the Austrian Freedom Party candidate. Despite having run away from his most specific anti-EU statements, I was still pulling for Hofer of the Austrian Freedom Party. Primarily because of his anti-immigration and at least somewhat Euroskeptic positions. However, I will be the first to admit that his retreat from opposition to the EU should not be too surprising and was likely met with a sigh of relief from the man who should be in charge of Austria, Karl Habsburg-Lothringen, or as he should be called, His Imperial Royal Highness Archduke Karl von Habsburg. 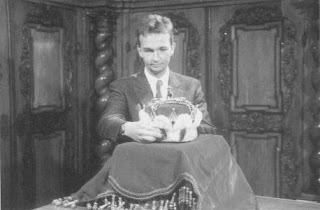 The Archduke is, as far as I know, still a member of the Austrian People’s Party, which is strongly pro-EU, pro-European unity and greater European integration and all that type of stuff that generally makes me uneasy. It is generally associated with wealthier people, business owners and state employees. I doubt that the Archduke and the more rural, working class Austrian Freedom Party member Hofer agree on everything but I did see at least one report indicating that Hofer had been inducted into the Order of St George of Carinthia, so I doubt the two are strident enemies either. In fact, the website of this historic Habsburg chivalric order now describes itself as, ‘a European order of the House of Hapsburg-Lorraine’ (my emphasis).

I take no joy, nor am I greatly distressed, at finding myself opposed to the political views of the Austrian Imperial Family. I doubt there is a single imperial, royal or princely family in the world that would agree with all of my political opinions. My support for their legitimate status does not depend on whether or not I agree with their political views. To be sure, the Habsburgs have, for some time, wedded themselves to the pan-European project and, while I am not opposed to the concept of European unity, I think the current trend exemplified by the European Union is in the opposite direction of the sort of united Europe that I would like to see (find more about that here if you like). A united Europe in which Europeans themselves are a vanishing, powerless minority, is not something I would like to see.

So, I was disappointed by the vote results in Austria. Some have said that it is not as big a defeat as it seems given that the President of Austria is a mostly ceremonial position and they think the Freedom Party is better placed to gain in lower level elections. Most of the countryside voted for Hofer with only the major urban centers such as Vienna and Voralberg going for the Greens. I do not wish to be a ‘gloomy gus’ but the problem is that demographic changes are different from policy changes. Policies can be un-done but once demographics change, that change is forever and with the Green Party vowing to bring in vastly more non-Austrians (and non-Europeans) into the country, these people can be expected to faithfully vote for the party that is willing to hand the country over to them and as their numbers increase, support for the Austrian Freedom Party can only be expected to decline with the changing population. 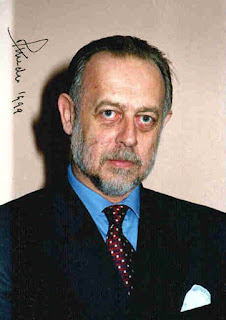 Those results made for a disheartening morning but, later in the day, the Italians did not disappoint me, voting “NO” to Prime Minister Renzi’s proposed changes to the constitution, which is how I would have voted if I could have. Happily, in this case, the legitimate Italian authorities were on the same side as myself. While I do not know the position of the Prince of Venice (who is busy feeding the people of California fine Italian cooking with his latest business endeavor), in a November interview Prince Amadeus, Duke of Aosta, stated that he would vote “No” as the proposed changes would, in his view, make the prime minister too powerful. In this case, however, for me and, I suspect, for many, the proposed constitutional changes were not finally the point. I admit that one could make a case for the changes Renzi wanted. Rather, what I considered important was that a “no” vote would mean the end of the socialist Renzi as Prime Minister of Italy, which will hopefully lead to a new government and hopefully one that will give Italians the chance to vote on leaving the European Union.

As in Austria, for me, the urgent issues for Italy are immigration and the European Union which is driving that as well as subverting the national governments of the existing states and, frankly, doing nothing that I approve of and virtually everything I oppose. Leaving the EU would be challenging for Italy, but I think it would be beneficial. If Italy would leave and restore the lire, the lire would be of very little value which, in turn, would make it very cheap to do business in Italy and thus encourage investment, tourism and so on. However, my primary concern is the Italians, not the illegitimate Italian government. I hope they fail and the only constitutional change I would really like to see is one that restores or at least allows for the restoration of the monarchy. There are so many opportunities that are flagrantly throwing themselves in the face of Italy and so many other countries if there was simply the will, by either the leadership or the public, to seize them that it would drive me mad, if I wasn’t already.

So many days I have looked at the world situation and charted out in my mind what circumstances Britain, France, Spain, Italy and so on could take advantage of to take big steps toward becoming major world powers again. A big reason (though certainly not the only one) for these things not happening is the European Union. I cannot tolerate a collection of politicians being able to override the laws given royal assent by reigning monarchs and I can see absolutely no benefit to the current immigration/refugee policies that serve to make Europe less and less European. On the contrary, I see huge future problems and potential warfare as countries which have basically surrendered their future survival are taken over by new populations, become hostile to those who have safeguarded their countries for their own peoples.