Speaking of the Prince of Wales Speaking 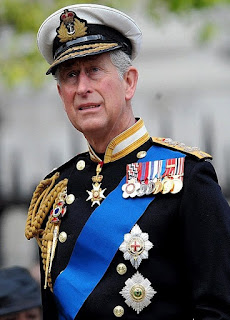 The Christmas speech of HRH the Prince of Wales has caused some uproar, at least in circles the mainstream media largely ignores, mostly because of his request that Christians, thinking about the Holy Family fleeing persecution, also think about the Islamic prophet Mohammed fleeing with his followers from Mecca to Medina in search of, as the Prince says, "the freedom for himself and his followers to worship". He also made some comments, equally popular in globalist circles as they are unpopular to many on the right, about how the current rise in "populist" politics is, to his eye, similar to that seen in Europe in the 1930's. This is a way of saying, without actually saying, that these groups are similar to the rise of National Socialism in Germany. Many people on the right immediately freaked out over this and it's not hard to see why. The Prince of Wales, just in these two examples, used well-worn leftist tactics of attack that people on the right are all too familiar with. Comparing the Holy Family to refugees and equating any right-of-center party with any popular following at all to the Nazis. We have seen this before, over and over again. His remarks were, in my view, annoying and incorrect but likewise nothing to get *too* upset about. The Prince of Wales is someone who has to be taken altogether as his 'outtakes' or 'soundbites' don't do him justice.

First of all, yes, the Prince of Wales was completely wrong in what he said about religion, refugees and politics. The Holy Family was forced to flee persecution, got that right, but Mohammed and his followers did not flee to Medina for religious freedom. Religious freedom is not a 'thing' in Medina even today, centuries after Islam has been the law of the land. Mohammed made war on the tribes around Mecca before gathering and/or subduing sufficient forces to return to Mecca and conquer the place. Not a lot of similarities there with the story of Christ. Then there is the scare-tactic that anyone to the right of a communist must be a fascist of some sort. This is silly and the double-standard is obvious. Liberals who champion democracy are championing a system based on public popularity, yet it is only when the people show signs of going in a direction their liberal masters oppose that this become big, bad, scary "populism". This is never said, of course, when anything left-wing becomes popular. And, of course, the Nazi scare-tactic is just old, tired and flogging a dead horse at this point. It's also ridiculous. I've known some *actual* Nazis in my time, as in people from Nazi Germany, during World War II, not this new lot of kids that have a thing for Arabs, see a Jew behind every bush and wouldn't know genuine nationalism if it bit them on the rump. I've known the real thing and let me assure that the French National Front or Alternative for Germany are *nowhere close* to what the Nazis were. Their policies are totally different, their worldview is totally different, their entire mindset is totally different. Get off it. 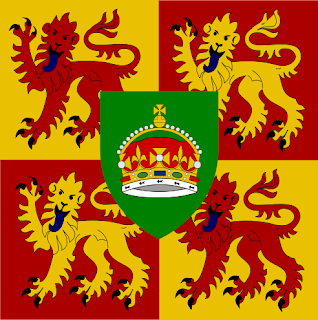 Now, that having been said, people should not be getting too excited about what the Prince of Wales said. You have to take it in context, both his remarks and His Royal Highness his royal self. The remarks above were ridiculous, yes. The Prince of Wales does talk some nonsense from time to time but he also gets it right more often than most people of national or international prominence. In this Christmas speech itself, the Prince began by talking about the persecuted Christians of the Middle East. He mentioned other groups too but began his remarks with the plight of Christians in Syria and Iraq. How many other prominent figures ever mention the Christians of the region? Does Obama or Merkl or Hollande ever direct any attention to the displaced Christians (who were in these places long before Islam ever existed btw)? The answer is no. It doesn't happen and the Prince of Wales had brought attention to the Christians of the Middle East before and more often than anyone else of his prominence that I am aware of. Not too difficult since most never mention them at all.

This, however, is typical of the Prince of Wales who is hard for the people who categorize and label things to deal with. Quite a few times when the Prince of Wales speaks out on an issue, I have been entirely in his corner. He defended hunting rights, British farmers, spoke out against the ugliness of modernist architecture, all of which is known but which seems to get less attention than when he says something about multiculturalism or environmentalism. Some days he's the Prince who stands up for rural Britain and other times he's the Prince who talks to his plants. Finally, as I have said before, the Prince is also, to a large degree, a product of his environment. Could anyone imagine his father, Prince Philip, saying anything like his son does? Of course not! Prince Philip is probably the most politically in-correct member of the Royal Family (God bless his heart) who usually only makes the news for telling some "offensive" joke about Blacks throwing spears or the shape of Asian people's eyes. But Prince Philip did not have the upbringing that his son did. Prince Charles was the first member of the Royal Family to go to a 'regular' school with 'regular' people rather than being educated privately by a hand-picked tutor in the palace as was tradition. To an extent, Prince Charles and those royals of his and more recent generations, think the way they do because that is how they have been taught to think by the same education professionals that have been warping the minds of generations. 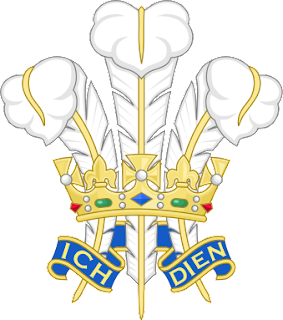 The problem isn't the Prince of Wales, the problem is the system. Given what is taught in schools, what is fashionable among the opinions of the elites of society, I am frankly amazed that Prince Charles gets it right as often as he does. The last time I really applauded him was when he boycotted the state dinner for the President of Communist China, due to the Prince's longtime support for Tibet and his friendship with HH the Dalai Lama. Now, as I've said before, there is little to nothing in spiritual or political matters which I agree with the Dalai Lama on, but that is irrelevant to the fact that he is the legitimate ruler of Tibet and should be supported as such. Likewise, Prince Charles is the heir to the throne, and I will support him as such whether I agree or disagree with his personal views (and I have agreed with some and disagreed with others). His position, the institution that he is a part of is an ancient part of British culture and heritage. It is under immense attack these days and while I really, really wish royals would stop saying things that offend those who would be their most ardent supporters while gaining no real support beyond an approving nod from those who oppose that traditional cultural heritage, it will never be enough to make me turn against the monarchy. The tragic little Dauphin, son of King Louis XVI and Queen Marie Antoinette of France, was forced to say the most vile things about his parents, his royal line, all the sacred traditions of France. That did nothing to deter the royalists and the current things being said by certain royals will not deter me.
Posted by MadMonarchist at 12:01 PM