Reflections on the Condition of Hungary 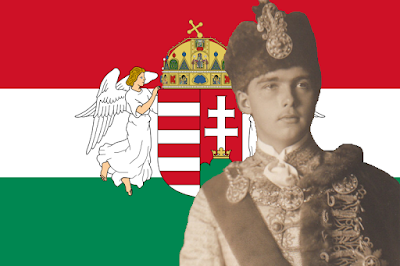 August 20 marks the traditional foundation of the Kingdom of Hungary by King St Stephen, celebrated ever since as the National Day of Hungary and so it seems a good occasion to reflect on the state of affairs in the land of the Magyars. The Twentieth Century was not kind to the Hungarians to say the least of it. In 1914, as part of the “Dual Monarchy” of Austria-Hungary, they were dragged into a world war that they did not really want to be a part of. They did their duty but, when it was over, found themselves stripped of the vast majority of their territory which left one third of all Hungarians living in foreign lands. In the turmoil that followed they fell victim to communist revolutionary forces with the usual and horrific “Red Terror” that always accompanies such things. This then resulted in Hungary suffering the indignity of watching Romanian troops parade through Budapest. For some comparison, imagine the reaction if the French army had to restore order in England or if the Chinese marched down the streets of Tokyo and you might have some idea of how Hungarians felt about this. 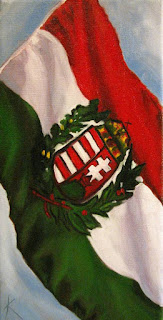 The first years of Hungary without a monarch were certainly extremely unpleasant and since a great many Hungarians remained supportive of the monarchy, it was only natural that their last king, Emperor Charles of Austria, tried to restore himself to his rightful throne. Archduke Joseph von Habsburg had previously presided as regent, was forced out by the revolution but then returned, only to be forced out again by the Allies in 1919. The trouble still convinced the Hungarians to restore the monarchy, at least in name, the following year. So, for those keeping score, the Hungarian monarchy fell in 1918, was replaced by a regency which ended in 1919, nominally restored the monarchy in 1920 and then had the lawful king make two attempts in 1921 to restore himself, only to be thwarted by the ruling government on both occasions. In other words, the Kingdom of Hungary was never very far from a fully restored reality but something always seemed to get in the way.

In the 1930’s a full restoration of the monarchy seemed very possible in the person of Archduke Otto, the Crown Prince of Hungary and heir to the throne. The Archduke and the Chancellor of Austria, Kurt von Schuschnigg, came to an agreement on restoring the Habsburg monarchy in Austria which had the support of Mussolini in Italy. Schuschnigg had also restored friendly relations with Hungary and many believed that once the Austrian monarchy was restored, Austria, Hungary and Czechoslovakia would come together in a Danube confederation of sorts, presided over by the Habsburg monarch, backed up by the Kingdom of Italy (Mussolini having envisioned another Habsburg-Savoy dynastic alliance). However, this entire plan came to ruin when France and Britain turned against Italy over the war with Ethiopia, pushing Mussolini into the welcoming arms of Hitler and the Italians stood down as the guarantors of Austrian independence. Austria was annexed by Germany and the neighboring countries soon had to make their peace with Berlin. 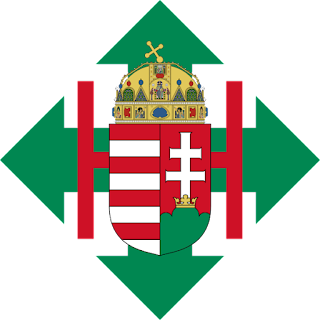 Hungary became more and more economically tied to Germany, joined in the partition of Czechoslovakia (as did Poland, which is often overlooked) and then becoming a member of the Axis Powers. So it was that Hungary, a kingdom without a king ruled by an admiral without a navy, also joined in the invasion of the Soviet Union. In terms of regaining national territory lost after World War I, it had not been so bad an arrangement. Hitler saw to it that Romania returned at least a large portion of the territory taken after the Great War and after German and Italian forces invaded Yugoslavia, Hungary also regained some lost territory there. However, as everyone knows, the Axis invasion of Russia ultimately proved disastrous with the Hungarian army fighting tenaciously but suffering grievous losses. Admiral Horthy tried to extricate himself by secretly trying to negotiate with the western Allies. When Hitler discovered this he was, of course, furious and Horthy was removed and Hungary was occupied by the Germans.

Hungary, under new management, remained in the war but despite fierce resistance, nothing was able to stop the Soviet Red Army hordes from pushing ever closer. In late 1944 the Soviet troops invaded Hungary and by the end of the war fully occupied the country, installing a pliant communist puppet regime whose strings would be pulled from Moscow. In 1949 the “People’s Republic of Hungary” was declared, ushering in an era of privation, oppression and misery which did not end until 1989 when the countries of Eastern Europe rose up to reassert their independence as the Soviet Union collapsed in on itself out of sheer Marxist incompetence. As with everywhere the communists held power, Hungary had stagnated for decades and fallen far behind the standard of living seen in countries on the western side of the “Iron Curtain” when, in the distant past, the Kingdom of Hungary had, at times, been more powerful than any of them. In this weakened condition, the new, non-communist, Third Hungarian Republic joined NATO in 1999 and then the European Union in 2004. 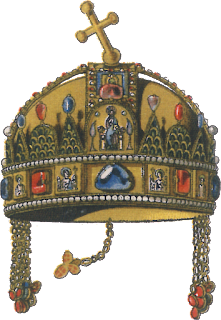 Since that time, and increasingly so lately, there has been evidence to indicate that the decades of misery in communist captivity was a cloud not without some silver lining. Having been oppressed for so long, the Hungarians have clung more fiercely to their own national identity and the same Iron Curtain which kept the prisoner also seems to have kept out a degree of the liberal mentality which has so devastated western Europe. Not only have the Magyars refrained from wallowing in guilt and self-hatred like most of their western neighbors, they have remained proud of their history and have shown a willingness others have not to see that their people remain in possession of their own inheritance, even when that means defying the powers-that-be. The country has moved, not drastically but certainly noticeably to the political right in recent years, most noticeably under Prime Minister Viktor Orban. Hungary has reasserted itself with constitutional amendments that condemned communism and stressed the importance of the family and traditional family values. A “flat tax” was adopted and a border wall was build to stop the flow of illegal migrants pouring into Hungary. When the EU elites in Brussels scolded the Budapest government and told them they could not behave in this way, the Hungarians told them to go climb a tree. All of which is to their credit.

Prime Minister Orban, of course, should not be ruling Hungary, at least not without having to answer to a Habsburg monarch for it, however, he seems to have done rather well and anyone who is criticized by Hillary Clinton, Angela Merkl, Jose Manuel Barroso and Jean-Claude Juncker must be doing quite a bit right. Where does the House of Habsburg fit into all of this? Well, the head of the house, Archduke Karl von Habsburg, resides in Austria and, while generally on the conservative side of things by European standards, would seem to be somewhat at odds with Orban’s nationalism and so-called “soft” Euro-skepticism. However, his younger brother, Archduke Georg von Habsburg, has lived and worked in Hungary for many years and all three of his children have been born in Hungary so there is definitely still a family connection. 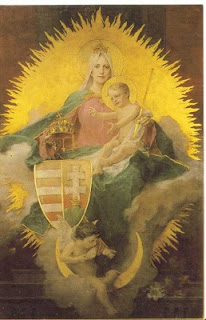 If a Habsburg would choose to get involved, I think it not impossible to imagine a revival of something like Austria-Hungary, though it does not seem very likely at present that Austria would be included. Hungary, the Czech Republic, Slovakia and Poland have all, to varying degrees, been at odds with their EU masters over their conservatism, nationalism and desire to keep their own countries for their own people. All of these countries have the House of Habsburg in common, Poland less so but certainly in part. The last Emperor of Austria and King of Hungary had hopes of becoming King of Poland as well and those readers who remember the article about “The Heyday of Hungary” will recall that most of this area, and more, was once united under the Hungarian Crown. It happened before, why can it not happen again? A look at the map of the lands ruled by the King of Hungary shows that it very much corresponds with those areas today most determined to maintain their national distinctiveness and to resist the encroachment of foreign powers and foreign peoples. This could be something to work with and, if the proper policies are pursued of course, I think could be extremely successful.
Posted by MadMonarchist at 7:41 AM