The Heyday of Hungary 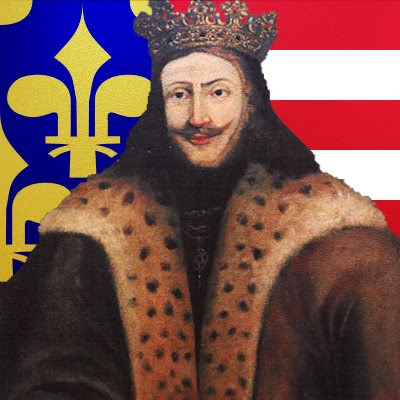 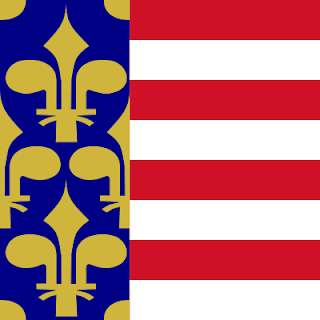 Of course, this was not all the work of the Anjou royals themselves as they were building on the foundations already established by the native House of Arpad (though a number of those kings were not ethnic Hungarians either) but after that line had extinguished, Hungary had a Czech monarch, a German monarch and finally a French monarch with the establishment of Charles Robert of Anjou as King Charles I of Hungary in 1308. He was the son of the Prince of Salerno and his Hapsburg wife and the grandson of the King of Naples where the House of Anjou had previously been established. That grandfather, King Charles II of Naples, was married to Queen Mary of Hungary who claimed the Hungarian throne but later passed it to her son Charles Robert who was later elected King of Hungary in Pest (before Buda and Pest were united) in opposition to the previously mentioned Czech and later Bavarian Kings of Hungary.

King Charles I had the support of Pope Boniface VIII and fought many hard battles to win control of Hungary. One critical victory in Slovakia went a long way to establishing his rule and eventually he was able to gain control of most of the country though Croatia remained autonomous and Wallachia was moving in that direction. It may not have seemed the most auspicious of starts yet, King Charles I was a pivotal figure in Hungarian history as it was during his reign that large gold deposits were discovered in the country and quickly exploited, making the Kingdom of Hungary extremely rich, extremely quickly. Hungary, in fact, became the largest gold producer in all of Europe which made the country very important and certainly helped King Charles I, an absolute monarch who ruled absolutely but also a shrewd man who knew how to ensure loyalty in his officials and who, on one important occasion, acted as a sort of peacemaker between Poland and Bohemia. Most importantly though, the wealth and absolutist monarchy he built up would be wielded to best effect by his son and successor King Louis I, known in Hungarian history as King Louis the Great.

Louis the Great represented the zenith of Hungarian power and prestige. He started his reign with a crusade against the Lithuanians (at the time still pagans) and for anyone not sufficiently impressed by that, be aware that Lithuania was a major power in those days, a huge country that stretched across much of Eastern Europe. King Louis restored royal power in Croatia and also made successful war against the Tatars. He fought wars almost constantly and, fortunately for Hungary, was a very successful warrior-king. He took on the Golden Horde and won, invaded southern Italy, holding it for a time but ultimately giving up on it, gained Dalmatia from the Republic of Venice, won victories over the Serbs and forced rulers in Bosnia, Wallachia, Moldavia and parts of Bulgaria to recognize him as their overlord.

As his very pious mother had been a Polish princess, when the King of Poland died, rather than follow the will of the late king and see the country divided, the Polish nobility decided on a personal union with Hungary. As such, in 1370 King Louis the Great of Hungary became King of Poland as well. This represented the peak in terms of the amount of territory that the Hungarian monarch ruled as the country under King Louis the Great was known as the kingdom, “whose shores were washed by three seas” referring to the Baltic Sea in the north, the Adriatic Sea to the southwest and the Black Sea to the east. Louis the Great was not popular with everyone of course, his hired soldiers made many enemies in southern Italy by their brutality and his zealous efforts to convert pagans and Orthodox Christians to Catholicism were resented by many of his subjects but what is hardly disputable is that under his rule the Kingdom of Hungary had become the largest, most powerful and dominant power in Eastern Europe. In his time, pretty much everything east of Germany belonged to or at least answered to Hungary and there was not much beyond that as, at this time, most of Russia was still ruled by Asians.

The legacy of King Louis the Great would cast a long shadow, in the realm of religion as well as politics as he was the father of the famous Queen St Hedwig of Poland (who would forge the union of Poland and Lithuania). When Louis died, the Polish throne went to St Hedwig while the Hungarian and Croatian thrones went to his daughter by Elizabeth of Bosnia, Queen Mary. However, many of the Hungarian nobility were not fond of the idea of having a woman in charge and Queen Mary faced numerous challenges and a rival for the throne in King Charles III of Naples (her cousin) who claimed the Crown as King Charles II of Hungary. The Queen Mother had hoped for a marriage alliance with the King of France but Sigismund of Luxembourg (the House of Luxembourg being extremely powerful in those days) invaded Slovakia and forced Queen Mary to marry him instead. She was deposed, restored, with the Neapolitan King Charles II ruling in the interim but after her marriage to Sigismund, she effectively lost power as he took control of the government and she died in 1385.

That was effectively the end of the Angevin era in Hungary with Sigismund of Luxembourg becoming the real ruler of the country and disaster soon followed with the Ottoman Turks launching a renewed wave of crushing offensives into central Europe. The Hungarians were devastated, vassal states were conquered and the Turkish onslaught was overwhelming. This ultimately resulted in the alliance that brought the Hapsburgs of Austria to the Hungarian throne. However, though the Turks first entered Hungary under Sigismund, the Hungarians fought back fiercely and in time, thanks to the victories of such national heroes as John Hunyadi and Matthias Corvinus, the Turks were expelled and the border of Hungary was stabilized and secure. The Italian Renaissance reached Hungary, bringing about a flowering of cultural achievements and, in time, with the union with Austria, the Turks began to be pushed back and old lands regained. 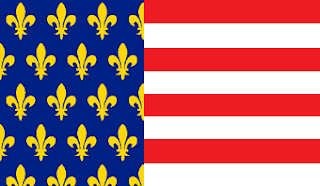 Nonetheless, the Kingdom of Hungary was never quite so large and powerful as it had been during the reign of King Louis the Great, dominating eastern Europe, made possible it should be remembered, by the great wealth, prosperity and unity established by King Charles I. It would, of course, have been preferable if everyone could have remained united after the death of King Louis, whether it was under an Anjou like Queen Mary, King Charles II or under Sigismund and the House of Luxembourg as, whichever one would have been preferable, it would have made Hungary stronger in the face of the Ottoman hordes invading from the south. There are also a number of lessons which this period of history can teach us about the events in and around the Hungarian nation today. The memory of the Kingdom of Hungary, in total, though we have focused here on the Angevin period, should never be forgotten. Hungarians, hopefully, have not but others should remember as well as it will provide a better understanding of Hungary today.

Looking back on this period, we can see what great things the Hungarian nation is capable of. Anyone who looks at this history can see that the Hungarian republic that exists today is a far cry from what Hungary has been and could be. Of course, a great deal has changed since those days. However, looking back at this era of national greatness, it should be clear why the Hungarians still possess a level of national pride that the elites in the European Union cannot comprehend. We can also see why, given that this period ended with a Muslim invasion, why today the Hungarians have been less willing than others to play the doormat to an influx of largely Muslim people from the Middle East. If you know what happened then, you can understand what is happening now and why many Hungarians do not view things the same way as the bureaucrats in Brussels. The people of Hungary have much to be proud of and have learned some hard lessons in their long and colorful history. Hopefully, the understanding of this will only increase until this spirit is revived in sufficient strength to see the republic abolished, the Kingdom of Hungary restored and thus have a more vital link to that past Hungarian heyday when Hungary had a king and was among the most wealthy and powerful in the western world.
Posted by MadMonarchist at 4:08 PM