The Horror After Haile Selassie

It was on this day in 1974 that the last Ethiopian monarch, Haile Selassie, was overthrown by a communist ruled military clique, known as the Derg. Because this was the work of communists and because western media tended to ignore anything unpleasant that occurred in African countries after colonialism ended (which was supposed to solve everything) there is not much awareness about what followed but it was a living horror to put even the "Reign of Terror" to shame. After World War II, the Soviet Union made Ethiopia something of a priority and turned out massive amounts of propaganda in an effort to turn the Ethiopian people against their monarch. This was the same country that had backed Haile Selassie so long as he was fighting Italian Fascists, which had been allied with Haile Selassie in World War II and which had awarded him the military Order of Suvarov in 1959. Haile Selassie had himself also been cheering on the downfall of the European colonial empires in Africa, failing to appreciate the fact that most of the forces behind the movement were under communist control and would be no friend to him later. Likewise, when Haile Selassie was again overthrown, unlike the last time, in 1974 there would be no British Empire to set him back on his throne again. After a period of increasing unrest, instability and internal problems for the country, Haile Selassie was overthrown in a military coup and later murdered.

This military clique, known as the Derg, took absolute control of the country and was, of course, backed the whole time by the Soviet Union and their masters in Moscow. The emperor had certainly made mistakes which hurt his cause, however, he certainly cannot be held responsible for the treason of others and the issues they seized on in order to take power were almost invariably due to things far beyond the ability of the emperor to control (unless one assumes the King of kings should be able to control the weather or global oil prices). The mistakes he made shrink in insignificance compared to the mistake of his overthrow and the dismantling of the monarchy which was the only government Ethiopia had ever known in its entire, ancient history. Why was this so? A simple look at the subsequent history of the country proves it beyond all doubt. How did Ethiopia fare without a monarch? Well, there was one coup after another in this communist dictatorship that couldn’t even manage to agree on a single dictator. There were numerous rebellions, all of them bloodily suppressed, there was drought, famine, massive starvation and soon Ethiopians were fleeing their homeland in record numbers. Part of the country was even conquered by the Somalis and the Somali incursion was only beaten back with massive assistance from the rest of the communist bloc. I do not wish to sound too offensive here but, when you need the help of the Soviet Union, East Germany, North Korea and Cuba to defeat a country like Somalia -you are not doing very well. 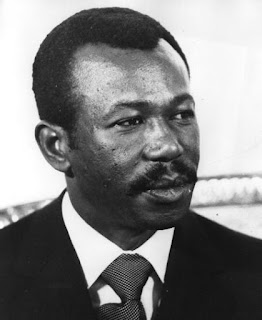 The man in charge of all of this, the man who had taken the place of Emperor Haile Selassie, was Mengistu Haile Mariam. Remember that name. What Stalin was to Russia, what Choibalsan was to Mongolia, what Mao was to China, Mengistu was to Ethiopia. He instituted a reign of terror in Ethiopia on a scale that made even the French revolutionaries look like slackers. Hundreds of thousands of people were massacred, hundreds of thousands were arrested and tortured and hundreds of thousands more were starved to death. All told, even by conservative estimates, Mengistu caused the deaths of more than two million of his fellow Ethiopians. Some believe he may have killed his former emperor personally and given what a vicious, hateful man he is, it is not beyond the realm of possibility. The Ethiopian people experienced a level of suffering under his rule that none of them had ever known before. No emperor, nor even any foreign conqueror, was so brutal and barbaric toward the Ethiopian people as Mengistu was. He intentionally murdered people by slow starvation and if there was one constant throughout his decades in power it was probably widespread starvation, some of it purposely inflicted and much of it the result of his idiotic, Marxist policies. He remains one of the most despicable villains in African history. Thanks to him, even today, when foreign people think of "Ethiopia" they tend to picture starving children.

Now, most histories will tell you that the nightmare of Mengistu and his communist tyranny ended in 1991. Do not be fooled. The nightmare has not ended and will not until traditional government, the monarchy, is restored to Ethiopia. As the Soviet Union began to fold, the primary source of aid to Mengistu dried up and his regime was toppled. He fled to Zimbabwe and the open arms of his friend and fellow tyrant Robert Mugabe where he remains to this day, despite being indicted by an Ethiopian court for genocide. However, the party that replaced Mengistu was the Ethiopian People’s Revolutionary Democratic Front, a democratic socialist party. In other words, communism for slow learners. Unfortunately, this is not unique to Ethiopia as we have seen the same all over the world. When communist regimes fall, the party renames itself the social democrats or democratic socialists and continues on just as they did before. They took power and held on to it, giving the world some show-elections just to make everyone happy while continuing on the tradition of corruption, wars and poverty that characterized the preceding regime. It is still a country of starvation and repression.

What happened in Ethiopia, under communism, is not much remembered today but everyone would do well to learn from it. The misery, the mass murder, the oppression was on a scale such as was seen in Cambodia under Pol Pot with a death toll in the millions. In the "Qey Shibir" or 'Red Terror' alone the murdered numbered in the hundreds of thousands. The Derg tried to wash its hands of the matter but the bands of radicals who carried out the killings had been armed by them and organized by them as an instrument of punishment for "reactionaries". They only came to care about the horror when some of these radical groups began to target Derg officials and sympathizers as well in a way not too dissimilar from that of Mao's Red Guards in China. In the capital city alone, aside from the adults, well over a thousand young children were murdered and left in the streets. All of this would have been enough to retard the progress of even the most advanced countries and it certainly has in Ethiopia but recovery has been even more slow and painstaking since the government still, to a large extent, clings to the leftist policies of the communist era. This summer, protests broke out against the oppression of the government as well as demands for more wealth redistribution (a learned habit) and this resulted in a crackdown that has been more violent than the country has seen in decades. 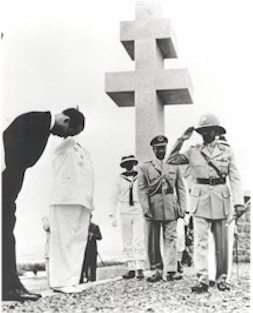 Is there a way to end the cycle of misery? Certainly, and it is not difficult to see but it will require getting rid of the entrenched, ruling elite that has persisted since the days of the Derg. Ethiopia needs to take a "back to basics" approach, restore their traditional leaders, revive traditional values, end the policies that have proven so ruinous and adopt policies that have been proven to work around the world. It means an end to the culture of dependency and a revival of a healthy sense of national pride. It also requires an emphasis on faith as the Coptic Christians of eastern Africa are becoming an increasingly imperiled minority (see events such as the crackdown in Egypt, the horrors in the Sudan and the deportation of Ethiopian laborers from Saudi Arabia for evidence of the squeezing of African Christians). If that is done, Ethiopia is well placed to play an important part in pulling east Africa back from the brink of disaster and being, as she once was, an example for others to follow as a powerful and prosperous African state.
Posted by MadMonarchist at 11:30 AM