What Presidential Tweets Teach Us 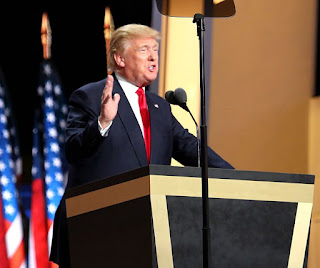 Recently, the media has been in meltdown mode over a couple of "tweets" from President Trump, the first concerning two co-hosts on an MSNBC morning show and the second showing him getting physical with a representation of CNN. The first was simply retaliation to two people who had previously been courting the favor of Trump (before he was president) and the second simply being a joke intended to show the nature of his relationship with CNN which has openly cast off all pretense of objectivity to engage in an all out propaganda war against Trump and his agenda -no matter what it is. Naturally, the White House staff have pointed out that the unkind thing Trump says about these media outlets or personalities is nothing compared to what they say about him every single day, every day of the week. That is not surprising. What is interesting, however, and revealing is the response to this defense by the media which is to say that Trump's "tweets" are beneath the dignity of his office and that his Twitter war with the media is not appropriate since the President of the United States should be held to a different standard of behavior than journalists or media personalities. My question is; why?

Why is it that the President should be held to a higher standard? Why this president in particular? Were any of the pollsters to ask me if I think Trump's Twitter antics are lowering the dignity and respect for the presidential office, I would say no. I would say no because I never held the office in much respect anyway. Certainly I see no reason why a "tweet" should be more demeaning for the office than President Kennedy sneaking Marilyn Monroe out the backdoor after a late night romp or President Clinton being "serviced" by Monica Lewinsky right in the Oval Office. This is the White House we are talking about, not the Apostolic Palace in Rome (and even there, or its earlier equivalent, Pope John XII got up to some pretty unspeakable behavior). Nothing Trump does could make the presidency look less respectable to me because I never held it to be anything sacred in the first place. Yet, for some reason, the American media/left seems to suddenly be alarmed that Trump is ruining the reputation of a lofty and highly respected office, that his behavior is beneath the dignity of the "Leader of the Free World". Yawn. 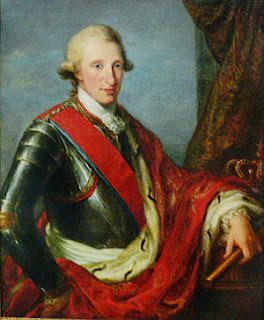 This simply highlights, to me, how liberals and in this case Americans in particular, have a very mixed up view of the national executive. The same people who boast about the American President being chosen by "the people" as one of the people to serve the people, as a "citizen executive" and a "public servant" also wish for him to behave not as the common man does but as a monarch would. In trying to think of a monarch I could compare Trump to, the first to come to mind was King Ferdinand I of the Two-Sicilies, a man of the exalted Spanish Bourbon dynasty but who seemed to many to behave like a peasant. In each case you have a powerful man accused of having no class, acting in an uncouth way and being intolerant of opposition. I would prefer King Ferdinand of course but the worst anyone fears from upsetting Trump is a rude "tweet" whereas King Ferdinand would have your city shelled to rubble for opposing him. That would be a "feature" rather than a "bug" from where I sit but that's just me.

All the uproar reminds me of the words of Jimmy Breslin (which I think I first heard quoted by Joe Sobran) who said that, "The office of president is a bastardized thing, half royalty and half democracy, that nobody knows whether to genuflect or spit". Of course, the people at the forefront opposing Trump now for his behavior on Twitter are doing so purely for their own own political reasons, not because they truly care about the "dignity" of the office. They didn't mind Bill Clinton doing what he did, they didn't care about Obama putting his feet on the desk and they seemed to love the rough, rustic ways of men like Fidel Castro or Che Guevara, seeing this as part of their rugged, peasant charm. The fact is, the office of the President cannot be held to be too lofty. America's first chief executive, President George Washington, found this out almost immediately. He envisioned the President of the United States being a mostly non-partisan figure, a unifying force who would stay out of politics as much as possible, act as an impartial umpire and only veto bills that he sincerely believed were unconstitutional. Even in his own time, Washington found this to be impossible. The President is a partisan, political figure, not a monarch. If you wish your national leader to be "one of the people", you cannot act surprised if he behaves as "one of the people".

Again; why should the President be held to a higher standard than journalists? Whether pundit or politician, is it not the liberal claim that we are all equal and to be treated as such? I think we all know the answer to that...
Posted by MadMonarchist at 2:53 PM