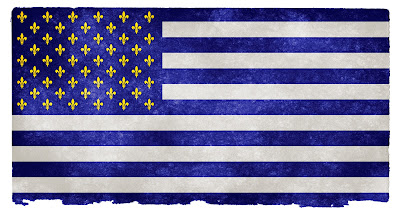 Everyone knows that success has many fathers but failure is always an orphan. That is as true for the war that won the independence of the United States of America as with anything else. True enough, there are plenty of men without whose contributions the American rebellion would have ended in failure (hurrah for the Tories!) and I have always said that General George Washington deserves his share of credit in as much that, as the commander of the Continental Army, he would have been blamed if it had ended in tears. Therefore, the inevitable and theoretical credit must go to him where it is usually attributed. The actual and immediate credit, however, I would argue must lie with two men who were foreign to American soil and subjects of His Most Christian Majesty King Louis XVI of France. Most historians know the facts about these men and their contribution, however it simply would not do for a (pretended) egalitarian republic to heap all appropriate praise for the independence of America on two aristocrats from a Church-backed absolute monarchy. It doesn't exactly fit the preferred narrative. 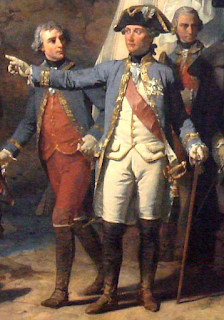 The first worthy is Lieutenant General Jean Baptiste Donatien de Vimeur, Comte de Rochambeau. He was born in 1725 and was originally a cavalry officer, winning recognition for his heroism at Minorca during the French & Indian War. He had never served in America and spoke no English when he was chosen to command the French expeditionary forces sent to aid the rebel American colonists in their war against Britain. Although he most often does not get credit for it, the fact is that it was the Comte de Rochambeau who proposed and pushed for the move south to take on the British and loyalist forces under Lord Cornwallis at Yorktown, Virginia. George Washington was more intent on fighting General Clinton for New York, no doubt out of a desire to make up for his earlier, repeated humiliations in that colony at the hands of Howe. With the French army, Washington had the British outnumbered 3-to-1 and was looking for payback but it was Rochambeau who urged the move south, against Cornwallis, as a prize that would be easier to obtain and he was proven completely correct in that regard. As well as being responsible for the basic strategy, the forces under the Comte de Rochambeau also played a significant part in the campaign, contributing just as much, if not more, to the final outcome than Washington's army had. Had he been an American rather than a French aristocrat, he would almost without question be given full credit for the victory over the British at Yorktown. 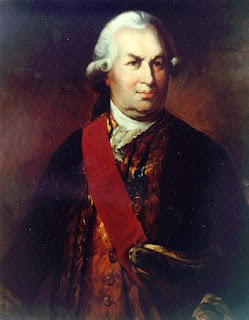 The other French count who deserves credit for the part he played in securing American independence is Rear Admiral Francois Joseph Paul, Comte de Grasse. He was born in 1722 and was a huge, blunt talking, no nonsense sailor with a healthy respect for the Royal Navy of Britain and an understanding of their ways as he had been taken prisoner by them in 1747. He too was a very experienced warrior, having held commands in the Mediterranean and Caribbean Seas prior to his service in American waters. It was the Comte de Grasse who brought 3,000 additional French troops to the front at Yorktown and most critically, he won the Battle of Chesapeake which secured French naval domination of the waters off Virginia, closing Cornwallis in and preventing him from being evacuated by sea or being reinforced by General Clinton in New York. This was just as if not more decisive than any engagement fought on land during the campaign for as long as the Royal Navy held control of the coast (as they were accustomed to), no matter how bad things got, Cornwallis could always slip away to carry on the fight. Comte de Grasse eliminated any other options for the British and they had no choice but to stay bottled up in Yorktown, getting pounded by enemy guns and having their redoubts stormed one by one until they were finally forced to surrender. 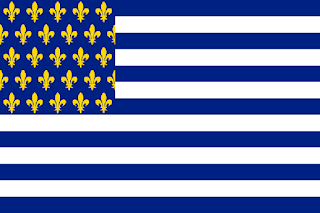 We are rapidly approaching the Fourth of July in the United States and Americans will be celebrating the Declaration of Independence and all that goes with it. Yet, all too often we forget that the actual declaration did not really accomplish anything, it was heavy on "enlightenment" progressive rhetoric and contained more than a few outright lies about the British monarch but simply declaring independence does not make independence a fact. That independence that was declared on July 4, 1776 had to be fought for and would not become real, like it or not republicans, until His Britannic Majesty King George III saw fit to accept it. Declaring independence is easy, winning independence is the hard part and that independence would in all likelihood not have been won were it not for the Comte de Rochambeau and the Comte de Grasse, the first in taking the main war effort to Virginia to smash Cornwallis and the second in closing off any avenue of escape or help so that the smashing could be done. Anyone grateful for the existence of the United States of America should be grateful for the service of these two French aristocrats.
Posted by MadMonarchist at 3:43 PM