It may surprise some to know, given the current political geography of the United States, that the Fourth of July was not celebrated in the southern states from the time of the American Civil War until World War I. This was because, for the south, not only did it seem hypocritical to celebrate the secession of the American colonies from the British Empire while simultaneously suppressing the secession of the southern states from the American Union but also because it was on July 4, 1863 that the city of Vicksburg, Mississippi surrendered to the U.S. forces. This cut the Confederacy in two and gave the northern states total control of the primary 'artery' of North America. It was also no accident. The Confederate commander, General John C. Pemberton, was a northern native and he believed that he could obtain the best terms if he surrendered on July Fourth rather than any other day. So, for the south, the fourth of July was a sad day and not one that any southerner wished to celebrate. It took many years and some new foreign foes before southerners felt sufficiently "patriotic" to once again join in celebrations marking the American Declaration of Independence from the British Crown.

That the south should not wish to celebrate on a day that marked one of their most pivotal defeats is understandable, however, I would submit that the overriding issue of secession is not so clear cut. It is, occasionally, even today remarked upon that if secession from the British Empire was valid, then secession from the United States must have been as well. An American celebrity (whose name escapes me) actually said as much to President Lincoln himself upon the outbreak of the great crisis in 1861. When asked where he stood, this man said that if secession was just and valid then his sympathies must be with the south but if secession was not just and valid then he must say, "God Save King George". It is certainly a case which has a certain logic to it. However, I cannot quite see it in that way which requires a sort of distance being placed between oneself and the actual events 'on the ground' as it were. If the Confederates were wrong, does that mean that the colonists were too? I do not think so but I would see it, rather, in terms that the Confederates could be right but the colonists still wrong and I think the American War for Independence actually proves rather than disproves such a position which, I confess, must seem contradictory to many.

For myself, the issue rests on what we might call "founding principles". The southern states, I would argue, had every right to secede (for good reasons, bad reasons or any reasons at all) because of the nature of the union that was forged by the successful secession of the colonies from the British Empire. The southern states voluntarily joined the Union under the current American Constitution. The colonies, on the other hand, never voluntarily joined the British Empire. They were born of it as a child is born of his or her parents. A child does not choose the family he or she is born into, they simply belong together by blood. British colonists were subjects of the British monarch from birth, by the nature of their blood, their ancestry and their nationality. American citizens, on the other hand, were citizens of the United States under the terms of a specific legal contract, namely the Constitution. Moreover, when American independence became real it required King George III to recognize, not the independence of "the United States of America" but rather the independence of Virginia, Maryland, Pennsylvania, New York etc individually. These individual, independent states, formerly colonies, then consented to join together in a union with the other American states, first under the Articles of Confederation and then under the current Constitution. As such, I would argue that they had every right to withdraw from said Union whereas their colonial predecessors had no such right as they had no such legal, contractual relationship with the British Crown.

To put it another way, the southern states had precedent on their side which the rebel colonists did not. There was a time, albeit brief, when they were not part of the Union and so they could revert back to not being part of it again. The colonies, on the hand, had never not been part of the British Empire, had never not been subject to the laws and sovereignty of England (I say England rather than the Crown as, during the Cromwellian dictatorship, there was a period when they were not subject to the Crown but were still subject to the authority of the English government). The United States of America was a product of a new, "Enlightenment" way of political thinking. It was based on a more business-like relationship between two parties. One party consented to be governed under a given code and when the state of South Carolina believed this code to no longer be beneficial, voided the contract and withdrew from membership in the Union. The United Kingdom of Great Britain was not established on such a basis. It was partly for this reason that Britain and America went to war in 1812. The Royal Navy impressed sailors into its service which included, the U.S. argued, American citizens, which is to say British subjects who had taken American citizenship. However, at that time (unlike today), the British did not regard any subject as having the ability to change their allegiance. They were British by blood and subjects of the British Crown by birth and no document from the American government could change that fact. 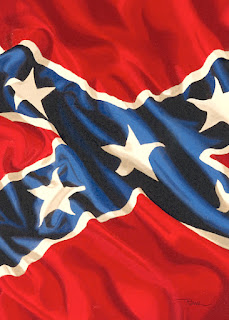 The U.S. government in 1861 certainly saw things differently. They believed that by cutting ties with the King in London, they had all ceased to be British or Europeans of any sort and had become Americans and so they adopted the British view that Americans in the southern states must be forever united with the Americans of the northern states. However, their system of government had been established in such a way as to be totally different from that of Britain and this is illustrated, I think, by the fact that the U.S. government was obliged to take numerous and repeated draconian measures which were later judged to be completely unconstitutional in order to see the rebellion in the southern states suppressed and the rule of the U.S. government restored to power over the whole country. They were fighting a war which the lofty, liberal ideals of their founders never expected to happen. Would any other prince or potentate have acted differently than Lincoln if a large portion of his country were endeavoring to break away? Perhaps not, but this is the problem with the idealistic liberalism upon which the United States was founded. Whether in the Civil War, World War I, World War II or even the current (and seemingly never-ending) War on Terror, we are shown that the leaders of the United States have found it impossible to maintain the country while strictly adhering to those original liberal values but are forced, again and again, to resort to measures they would, under other circumstances, deem deplorable. Proving, I think, that liberalism and realism have never been companions.
Posted by MadMonarchist at 11:47 AM