The Republican Menace in Australia 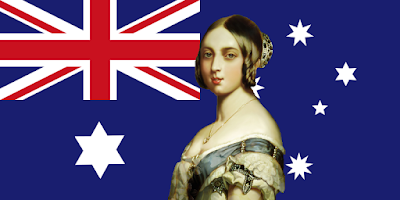 Recently, traitorous politician Bill Shorten, leader of the Labor Party of Australia, announced that if he becomes the next Prime Minister, he will hold another referendum on the monarchy in his first term (article here). For quite a few decades at this point, the mainstream media, the political class and the academics (all the usual suspects) have been pushing for Australia to become a republic and to sever the last remaining link with the United Kingdom and the other Commonwealth Realms, that link being HM the Queen. As most readers probably know, this culminated in a referendum in 1999 on abolishing the monarchy and becoming a republic with a president chosen by parliament. A slight majority of the public voting to remain a constitutional monarchy and none of the Australian states backed the move. That, along with new royal weddings, babies and the usual thing that generates warm feelings for the monarchy, meant that the republican debate was set aside for a while. However, the respite did not last long. 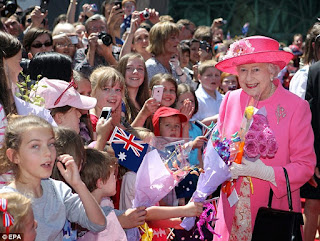 Today, the situation seems more serious given that the political class seems to be increasingly republican. The Green Party has long supported Australia becoming a republic, the Labor Party does too as seen by Shorten’s promise but even the (allegedly) right-of-center Liberal Party is currently led by a republican, the sitting Prime Minister Malcolm Turnbull. The only difference seems to be when this should happen as Prime Minister Turnbull said that he sees no chance for a republican victory while Queen Elizabeth II still lives but that, after Her Majesty departs this mortal coil, the time will be right to strike as treason will be more readily accepted against the less popular Prince of Wales than against the widely respected Elizabeth II. That, in and of itself, says a great deal about the character of republican traitors who pretend to be respected statesmen. Shorten, on the other hand, sees no reason to wait for the current Queen of Australia to depart this life and has no problem overthrowing this 91-year old World War II veteran who is the longest reigning monarch in British history. So, the leaders of both major Australian parties want to betray their sovereign, one just wants to do it sooner rather than later.

This has been particularly irritating for me as it so neatly fits into several issues I have recently been in rather heated arguments over. For one thing, it shows how even modern, muzzled, all but if not outright ceremonial constitutional monarchs cannot win. Those who complain that they are useless, rubber-stamps for the ruling class never stop to ask themselves why, if this is so, does the ruling class so consistently favor getting rid of them? The Australians, to my annoyance, have gone ‘all in’ with the republican mindset and I mean to include in that even the *good* Australians. They have basically said that Australia is a “crowned republic” and that a republic with a monarch is better than a republic without one. They maintain that they already do have an Australian Head of State as they argue that the Governor-General is actually the Head of State while HM the Queen is “Sovereign” of Australia but not the Australian “Head of State”. Yet, all of this ‘meeting halfway’ with the republicans has not been sufficient to settle the issue. Despite, as Australian monarchists themselves claim, being a republic in all but name already, the drive to remove the Queen as Queen of Australia still persists. 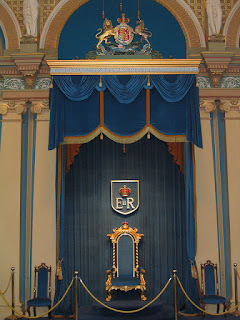 Personally, I think many of these groups in the Anglosphere, trying to do the right thing, do not help much in the long-term. For instance, the insistence on stressing the *Australian* monarchy or the *Canadian* monarchy and objecting to any use of the term, “the British monarchy” has never seemed like a proper hill to fight for to me. Not only does not seem a fight worth having, I do not see how it could ever possibly succeed. The Queen of Australia was born in Britain, raised in Britain, lives in Britain and so do all of her children, grandchildren and so on. You are simply never going to be able to make people see the British monarchy and the Australian monarchy as two totally separate things, even though, in terms of technical legality, they are. In Australia in particular, the problem that this does not solve is the acceptable level of anti-British bigotry in the country. There are no mobs at the embassy or violence against tourists but, let us be honest, the British are the one group of people it is most acceptable to denigrate, insult, mock and disparage in Australia. Saying anything derogatory about another ethnic group will land you in very hot water but you can say anything you like about the “bloody Poms” in Australia and get a laugh.

This is stupid but, I think, extremely significant because the fact is that the British and Australian peoples are actually not different peoples at all. By heaping scorn on the British, the Australians are heaping scorn on their own forefathers. Recently, I was rather surprised to hear a certain American speak about the War for Independence with at least a certain degree of regret on the grounds that it had created the false impression that the British and Americans were different peoples, that European colonists in America were no longer Europeans but, somehow, had become an entirely different breed. This was long ago but, obviously, this same thinking has led to noticeable problems in other countries of the former British Empire, from Canada to Australia, with these people suffering from an identity crisis in which they can only define themselves in a negative way; by what they are “not”. This is one reason why, I think, even ceremonial monarchs are still targets for the political class. They need people to be disconnected from their roots, their history, their heritage and so on. A monarch, even a powerless, largely ceremonial, constitutional monarch is still a symbol that these power-hungry politicians want to see brought down. For the same reason, debates about the monarchy in Australia also tend to go hand in hand with the ‘on again, off again’ debate about the Australian flag with the treason-crowd wishing to do away with the current design because the presence of the Union Jack in the canton makes it far ‘too British’ for the very anti-British Australians. The point is to separate people from their roots, water down their identity and they will say or do anything to make that happen. In Canada, for example, it was argued that the traditional national flag, the Canadian Red Ensign, was ‘too British’ and that, under a new and unique design, the French Canadians of Quebec would feel ‘more Canadian’ and less like a different people. Well, as the facts of history have shown, they actually are a different people and changing the flag did nothing to change that fact. Quebec still tried to secede from Canada and becoming a republic on their own, however, by the time that happened, Quebec had too many non-French Canadians in the province to achieve the result that most French Canadians wanted. 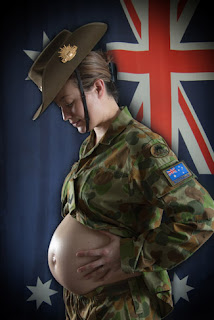 Make no mistake about it, if Bill Shorten or Malcolm Turnbull and their kind have their way, Australia will cease to exist entirely. The vilification of the British has consequences. It is all usually wrapped up in the vilification of the British Empire and the desire of modern Australians to distance themselves from it. However, as a former colony, Australia would not exist without the British Empire. Do away with the monarchy, do away with the flag and what is left? The people, you might say. Not so fast. As Mark Steyn wrote early last year, while Australia has recently reached a record high population of 24 million, this is not the result of growth in the British or even European-descended majority population. Lebanese immigrants to Australia have 4 children per couple, Syrian immigrants have 3.5 while Australian born women have only 1.86. Within a few generations, as Steyn shows, this means that the majority population becomes a minority. Given how democratic we all are these days, that all means the descendants of those who built Australia will have no power at all. How then can Australia be considered Australia at all then? This is why I say these people are traitors, not just traitors to their Queen and country, but traitors to their people, their history, their entire civilization.
Posted by MadMonarchist at 5:44 PM