Another Perspective of the French in Mexico 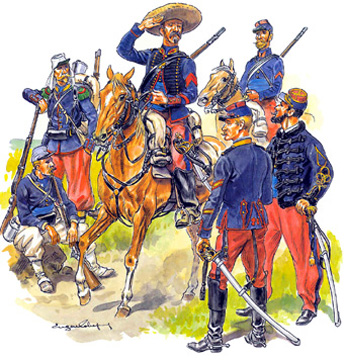 Today in Mexico, the narrative that has been taught is that Emperor Maximilian was a cruel despot, the French were merciless invaders and the republicans of Benito Juarez were the great heroes. Even those that are more even-handed can usually only bring themselves to say that Emperor Maximilian was, at best, a good but naive man who was duped into being the instrument of evil in Mexico. The truth, needless to say, is quite different and the extent of the French impact on Mexico consisted of far more noble things that simply executions by firing squad (though most of those were actually beneficial too, but good luck with that).

The French, more so the further back in history one goes, believed in what they called the 'mission to civilize' the less developed parts of the world and they applied this to Mexico. The country was, truth be told, in dire need of development and good government. It is also true that the French were not uniformly contemptuous and xenophobic regarding the Mexicans. They certainly had a low opinion of many but, remember, there was a sizable faction in Mexico, the traditional conservatives, who were on the side of the French from the beginning. Though, it would perhaps be more correct to say that the French were on *their* side as that is how it all began. The Mexican people turned out to cheer the French soldiers when they marched into Mexico City and the commander of French forces in Mexico, Marshal Achille Bazaine, married a Mexican girl, Pepita de la Pena y Azcarate, whose family, in fact, were staunch Juaristas. Indeed, many of the French thought that Marshal Bazaine was rather too fond of the Mexicans and worried that he was 'going native' and might have plans for his own advancement in the country. Certainly, his relations with Emperor Maximilian were never terribly friendly.

When Emperor Maximilian and his Belgian bride arrived in Mexico in 1864, they came over the same route that the great Cortez had traveled in his conquest of the country for the House of Habsburg centuries before. The road was terrible and at one point was so bad that they had to get out and walk. When Maximilian asked one of the Mexican officers on his escort when the last time was that the road had been repaired, the man replied that it had never been repaired since being constructed. When Maximilian then asked when it had been constructed, the man replied that he could not remember as it had been built by the Spanish! In all the years since Mexican independence in 1821 the primary road from the capital to the coast had never once been maintained. Likewise, when Maximilian and Carlota arrived in the capital, the new Emperor had to spend his first night in the National Palace sleeping on a billiard table as he had been chased out of his bed by vermin. The place was so deteriorated because no one had ever lived in it long enough to undertake basic upkeep. It was for that reason that Maximilian decided to refurbish Chapultapec Castle and make that his primary residence. 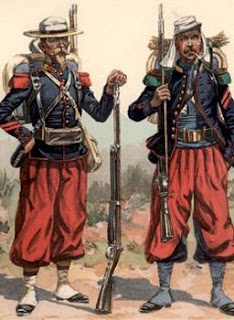 Mexico was in need of improvement and the Imperial couple, backed by the French army, were there to make it happen. Empress Carlota referred to the root of the problem as "a nothingness" which permeated the population, making them apathetic and passive in the face of their own misery. They would fight against it to the last. It was during the French stay in Mexico that the capital city gained its first trolley line, connecting the inner city to the outer suburbs. Telegraphs lines were put up, railroads were built on the coast and small villages in the interior of Mexico experienced something they had never known before, reliable mail delivery, all thanks to the French army. Such small villages were also protected from bandit attacks as they had never been. Bandit raids had become a common fact of life for many remote Mexican villages but, the bandits being very cowardly like most bullies tend to be, the very sight of the French army was enough to keep them well away. In fact, when the French began pulling out of Mexico, one village begged for even just a single French soldier to stay behind as the sight of him alone would protect them from the bandits coming back again to steal the food from their mouths. But, of course, to the likes of Benito Juarez and President Johnson in Washington DC, republican principles were more important than starving Mexican peasants.

The truth is that the French did much good in Mexico, not all good certainly, but a great deal more than they will ever get credit for and they allowed for the importation of Emperor Maximilian and Empress Carlota who did a great deal themselves. The former Confederate naval officer turned Imperial Minister of Immigration, Matthew F. Maury, said that the industrious Belgian Empress Carlota could do more business in a day than all the Emperor's ministers combined could do in a week. She agreed and, given some knowledge of most of the Mexican Ministers the Emperor appointed, this may not have been much of an exaggeration at all. Unfortunately, it was not to last. The French were finally pressured into pulling out, after a heroic last stand the Emperor was captured and executed and soon Mexico reverted back to its prior state of power-struggles, banditry, corruption and poverty. All very sad, and unjust that the heroes are today portrayed as the villains. Yet, for a brief few years, thanks to the French, Emperor Maximilian had given Mexico a glimpse of what it could be, which is more than they have had since.
Posted by MadMonarchist at 10:54 PM