A Final Word on the French Contest 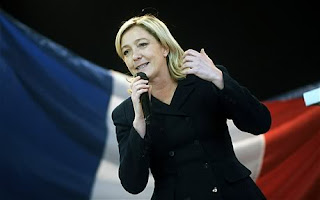 The hour of irrevocable decision for France has come. I would prefer that the choice being demanded was a different one, a more fundamental one, I would prefer the choice would be do away with the French presidency entirely. I would prefer the candidates were not the candidates on offer but that is not how the world works. The situation is what it is and the choices are who they are. France will have a president and it will be Macron or Le Pen. The pollsters say it will be Macron and that is certainly the candidate that the ruling elite and the mainstream media is instructing the French to vote for. Everyone from German Chancellor Angela Merkl to EU Commission President Jean-Claude Juncker to former U.S. President Barrack Obama has endorsed Emmanuel Macron and urged French citizens to reject Marine Le Pen. So, the choice is a stark one; if you think that Merkl, Juncker, Obama and the established international order in the western world has been good for France, if you think they are the most committed to doing what is right for France, then Macron is your man. If you think things are terrible in France, that things have been terrible in Germany under Merkl, if you think the Juncker-Obama type leaders of the USA and EU don't have your best interests at heart, then you should vote for Marine Le Pen.

I have already made it clear that, were I a French citizen, I would be voting for Le Pen without hesitation. Is she perfect? No. Do I agree with her on everything? No. Is she the best possible person to govern France? No. Does she stand any chance of winning? If the polls are to be believed, not really, nor would she have any easy time governing with all the other parties in France refusing to deal with her. However, that in itself rather recommends her to me. I detest republican politics and I detest political parties and if the Front National is the one group that all the other parties refuse to even speak to, I am going to give the Front National a second look. My vote for Le Pen would be strategic, it would be a vote to buy time, even if just one more hour in the precious life of France. She is not ideal but I would vote for Le Pen even if for no other reason than to annoy Angela Merkl, Jean-Claude Juncker and Barrack Obama. However, there is another reason and that is that I want France to live. I want France to be French. I'm disgusted by what it has become but I want the patient to recover her health and not simply be allowed to die. Already, a quarter of the population of France is Muslim. If something is not done now; then when? When the "Eldest Daughter of the Church" is half Muslim? When France is a majority Muslim country? Oh well, that would probably be too late of course. 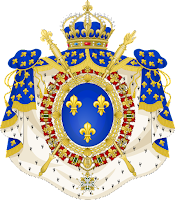 As I said elsewhere recently, we can see today quite clearly the stark contrast between the French Republic and the traditional Kingdom of France. The Kingdom of France was a traditional Christian monarchy and it spread Christianity and the Gallic culture all around the world. The Crusades which re-took the Holy Land from the Muslim invaders were a largely French-driven enterprise, it was the French who sent missionaries and established settlements from Canada all the way down the Mississippi River basin. The secular French Republic, on the other hand, has failed to maintain Christianity and the Gallic culture even in France itself. The Kingdom of France was a major power, for lengthy periods of time even the dominant power of the western world. Under the republic, France has become a province of Europe, one of many, taking its orders from a top-heavy talking-shop in Brussels, a city which itself looks increasingly non-European. The Church where Charles "the Hammer" Martel is buried, the place where the man who threw back the Muslim invasion at the Battle of Tours now rests, is today in a Muslim neighborhood. That is all any decent French man or woman should need to know. 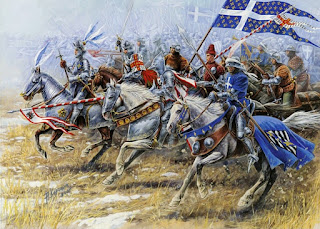 The election of Le Pen will not solve everything, she will certainly not be the cure for the sickness afflicting France but what she just might be able to do is buy time, delay the disaster so that the more fundamental issues can be dealt with. As detailed previously (France: Republican By Default), there have been numerous opportunities to begin to correct the fundamental problem in France today (The Root of the Current French Crisis) but on every occasion the royalists failed to put aside their differences and come together to save France from the disastrous republic. In the past, the problems were ones of policy, problems of error and problems of being incorrectly taught. Today, the coming crisis is a demographic one and if it is not stopped and stopped now, there will be no way of correcting it. Once a population is replaced, that cannot be undone. Once a people is gone, they are gone forever. I would prefer that better options were available but they are not. The options are Macron or Le Pen and I have no hesitation about choosing Le Pen in the hope that, however slim, the French might be able to maintain themselves in their own homeland. The current path leads to certain doom and I would grasp anything to postpone such a calamity and work, in the time that is gained, to revive that old French spirit, the spirit of Charles Martel, of St Louis IX, of St Joan of Arc and I would say St Joan of Arc in particular because her agenda is the same agenda that France needs today: to expel the invaders and crown the rightful king. Vive la France.
Posted by MadMonarchist at 10:01 PM