A Word on "Bloody" Mary 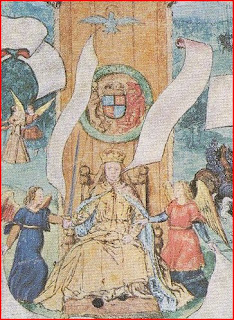 It was on this day in 1553 that Queen Mary I of England, eldest child of King Henry VIII, had her coronation as "Queen of England, Ireland and France". She came to the throne in a rather jubilant atmosphere as the vast majority never regarded the Lady Jane Grey as legitimate in any way and her brief bid for power only lasted a little more than a week. However, since her death, Queen Mary I has been vilified to the extent that even all these centuries later she is still known as "Bloody Mary". This is really unfortunate as, despite her reputation, Queen Mary I was not a cruel or heartless woman. She was, rather, a perhaps overly zealous woman, more concerned with principle than politics and an early case of what happens when your enemies write your popular biography.

It is also unfortunate that the case of Queen Mary I is often, to this day, seen through a partisan, religious, glass. The truth is that the Tudor period was a time of intense religious zeal in Christendom and neither Catholics nor Protestants were particularly tolerant of each other. Queen Mary herself had been persecuted, not tortured by any means but certainly persecuted, for her adherence to Catholicism and her refusal to change and embrace Protestantism. Yet, her villainous reputation stems entirely from the fact that she had several hundred Protestants burned alive during her rather short reign for heresy. That is true and by modern standards it is horrific but there are a few facts people should keep in mind before being too harsh towards Queen Mary (and that includes many Catholics who blame her for the failure of their cause in England).

Queen Mary I actually began her reign with a very tolerant attitude toward those who had tried to prevent her from taking the throne, those who had persecuted her mother and the most adamant Protestants of the Church of England. It was only after this attitude of reconciliation was not returned that she likewise became more intolerant. Though often blamed, her husband King Philip II of Spain, actually urged against taking repressive measures, for political reasons of his own. It is also true that Queen Mary had fewer Protestants put to death for their religion than either her father before her or her younger sister after her would have Catholics put to death for their faith, the caveat being that Queen Mary I reigned for only a few years while Henry VIII and Elizabeth I reigned for a much longer period of time. All the same, most of those who were put to death would have or could have justly been put to death anyway for treason but the Queen decided to put them to death for heresy, by burning, rather than for treason which called for a slower and more gruesome means of execution. 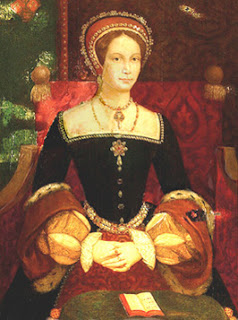 Despite her reputation, Queen Mary I was not cruel or heartless. She had a very soft spot for her younger brother and predecessor King Edward VI, though he was raised a radical Protestant and, despite some frustrations, could never bring herself to be too harsh toward her younger sister Elizabeth. She was very fond of children, likely all the more so since she was never able to have any of her own, and would visit the homes of humble common people and always give money to the mothers of small children, who she invariably fussed over. Her ladies-in-waiting and all those who knew her best and spent the most time with invariably described her as kind, considerate and compassionate. It was only that, on the subject of religion, she would not bend to what was expedient. She was a firm believer that the Catholic Church was the only true church and, as such, the humane thing to do was to stamp out heresy ruthlessly so that more souls would not be lured away from the path of righteousness. She inflicted nothing on any Protestant that she would not have been willing to endure herself if the roles were reversed.

Most today would certainly regard what she did as unspeakably cruel and this is not the place to argue over that but the point is that the Queen herself certainly did not see it so. The last evidence of that is in the manner of her death. Her final hours show a woman with a clear conscience who did not dread the judgement of the Almighty. In stark contrast to her more beloved sister, Queen Elizabeth I, who died in agony, tormented by terrifying visions, Queen Mary I died calmly, peacefully, with visions of angelic children playing around her. She was a zealous woman but she was not an evil woman or a heartless woman and should not be portrayed as such.
Posted by MadMonarchist at 4:36 PM