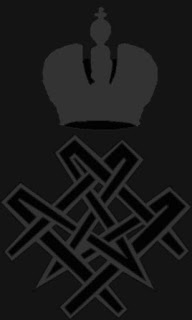 I have not posted in a while, as some of you probably know but for those who do not, last Sunday my mother passed away. She fell, around last Thanksgiving, due to a heart problem and medical problems seemed to accumulate after that until, finally, she could carry on no more. It was, of course, a terrible shock and one I am not sure I have yet to fully come to terms with. She was a wonderful mother, no one who knew her could have ever had room to complain. She was a woman of traditional values, a housewife who always had lunches packed in the morning, always had supper ready when her husband came home from work, helped you with your problems, nursed you when you were sick and was later a very doting grandmother.

She was a regular at church, an ardent conservative in her politics and she loved monkeys, murder mysteries and Star Trek. She liked listening to Dean Martin, she could cook, she could sew and do all the things that girls used to be taught to do. Her cooking, in fact, made her something of a local celebrity, all the more impressive considering that she came to Texas from a far off country and, in those days, had never even heard of many of the dishes she would one day come to master. At auctions for local scholarships, her baked goods always raised the most money, her cinnamon rolls in particular regularly sold for hundreds of dollars for each pan. She hated rodents, was scared to death of cats and was never comfortable around firearms. Even after so many decades in Texas, there are some things that certain people just never get used to.

Dealing with her loss continues to be very difficult. It is all the worse in that, particularly with her passing, the traditional "comforters" of our family are now all gone. I am beginning to feel like one of the 'last of the Mohicans' here. My grandparents are all gone, on my father's side of the family, out of six boys, only my father and one uncle remain and, from my immediate family, three of five children and now our mother is gone so that only my oldest sister, our father and myself remain though my sister's two daughters have been a great comfort. When so many are gone, and so few are left, it causes a very unsettling feeling I can only label as a sort of despair. It's an uncomfortable feeling like being one of the last attendees at a party, loitering around after most everyone has gone home. When you look around and realize it, you start to feel out of place even in familiar surroundings.

Anyway, I didn't write this just to have a moan. When it comes to the web, 'out of sight' is usually 'out of mind' and I just wanted everyone to know why I have been absent for some time and to ask your indulgence as I may be gone a while longer. I have been trying to get back in the usual routine but it is difficult. This has put a great deal of emotional strain on someone with a mental state that, according to the professionals, was not in perfect working order to begin with. I will try to get things back to normal as soon as I can, I am sure it would be good for me to, but until then I hope you will all understand the reason why and know that I appreciate your patience.

God bless and keep on,
The Mad Monarchist
Posted by MadMonarchist at 1:56 AM