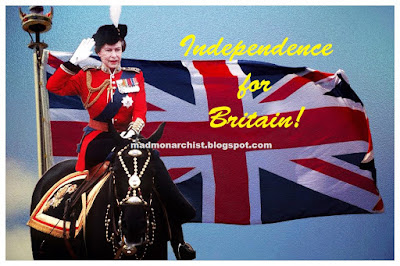 Yesterday, the people of the United Kingdom (or rather the people of England) voted to leave the European Union and reclaim the independence of Great Britain. I must admit, I did not think the British public had it in them any longer but, though it was narrower than I would have liked, the Brits have proven to be made of sterner stuff than I had been giving them credit for. In the face of opposition from basically the entire global ruling class, Britons voted to take back their sovereignty from the meddling bureaucrats and shadowy puppet-masters in Brussels. That is nothing short of historic and it is not because the European Union was some sort of major force in the world. It is basically a continental Ponzi scheme that has been struggling to survive even with extensive assistance. Rather, it is historic because the British voters chose to break with the narrative, to defy the internationalist ruling class of politicians and big business in Washington, London, Brussels and Peking. They defied the ruling class, showed two fingers to “the establishment” and did what all of those with power and influence and celebrity around the world told them NOT to do. 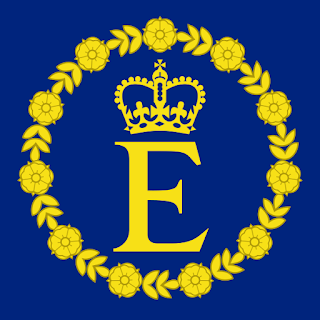 Now, from the monarchist perspective, this was the right decision regardless of the political or economic situation. The United Kingdom, as with any traditional monarchy, is supposed to have *one* sovereign, above which there is no higher, earthly authority. The Queen, represented in law by “the Crown”, is the embodiment of the nation and the source for all government authority. All law, authority and legitimacy comes from the Crown and as such there is to be nothing above the Crown. The Queen, as the embodiment of the nation, appoints the prime minister who governs the country and it is the powers of the Crown which the government exercises. Given all of that, the idea that the Westminster Parliament, the British courts and laws given legitimacy by the authority of the Queen could all be overruled by acts of the European Union is a disgraceful and disjointed state of affairs that any loyalist should have been repelled by on principle. U.K. membership in the E.U. was also a snubbing of the Queen’s other subjects from Canada to Australia in favor of others to which Britain has no ancestral, cultural or historical connection whatsoever. But the bottom line is that the government of Britain is supposed to be the Queen’s government and is supposed to answer to her and not to Brussels.

For myself, the most impressive thing about this outcome was the defiance of the global ruling class. All the celebrities in Britain backed “remain”, Tony Blair, Call Me Dave Cameron, all the leading political figures in Britain backed “remain”. The rulers of the EU of course warned Britain to “remain”, the Japanese wanted Britain to “remain” and President Obama even came to Britain and basically threatened people to vote “remain” and the British had the courage to defy all of these people, to reject their efforts to tell them what to do and also defied the elites of international finance. Yesterday, stocks on Wall Street were up, because everyone expected Britons to vote the way they had been told and this, in my opinion, was also an effort by the financial elites to effect the outcome. As the day went on and into the night (in America) it became clear that the “leave” vote was winning, stocks in Asia and futures in America started to fall. Japan actually shut down the Nikkei for a time for fear there would be a collapse. I don’t think this was based on rationality but rather was an outpouring of petulant anger by the leaders of the global economy for the British people defying their wishes and making things more difficult for them. I applaud Britain for showing these people that they are not as all-powerful as they thought they were.

I do not believe the economic consequences will be as bad as people think, or at least they do not need to be because nothing in Britain has changed and some things will likely get better but that all depends on policy going forward. If things do get worse it will be because the international economic elites are trying to punish Britain for their rejection of their domination. Germans are still going to want to sell goods to Britain and Britain has long had a trade imbalance with the rest of the EU. Likewise, Britain has long been in the top ten of countries that buys the most and sells the most to the United States and a 2015 survey found that 90% of Americans have a favorable view of the British. This vote will not change that just as it does not change the fact that the two biggest financial centers of the western world have long been New York and London. Some of the international finance elites may want to punish Britain for the vote, but people still want to make money so they are still going to want to do business with Great Britain and barring any radical, idiotic changes in policy, that is not going to change no matter what the hysterical people say. They are simply upset that their cozy set-up has been inconvenienced. 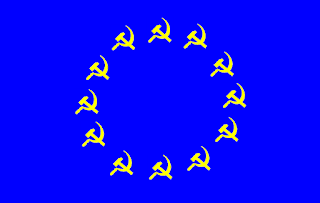 Again, what happens going forward will depend on the British government, the policies they pursue and what the British people decide going forward (such as in Scotland and Northern Ireland) but I think this is a great day and it offers up a great deal of new possibilities for the future of Great Britain. I would hope that Britain renews and strengthens economic and military ties with the Commonwealth, I would like to see a stronger relationship between the countries of the Anglosphere and I would hope that the whole rotten edifice of the EU will start to collapse. I would welcome an “exit” vote in The Netherlands and Denmark, I would like to see Spain withdraw and draw closer to Latin America. There are things I would like to see for other European countries but for most of them they need to get a traditional, legitimate form of government back as their first priority. After that, and there would in many cases have to be some pain as they face the reality of their economic situation and make the hard choices that have been put off for far too long but, after that, there are plenty of possibilities for things to get better. Many people have highlighted the similarity between “Brexit” supporters and the rise of Donald Trump in America. There is something to that in as far as nationalism versus globalism goes but I want all of these countries to be “great” again and they can be. We know they can be for the simple reason that they have been before and they didn’t need the European Union to make that happen.

Congratulations to Great Britain and God Save the Queen!
Posted by MadMonarchist at 7:40 AM