A Word on the Crisis and Opportunity in Brazil

As most of you probably know, Brazil in the midst of a rather serious political crisis at the moment. The whole issue involves corruption to put it simply, that constant hindrance of good government in republics the world over and to which, it is worth noting, monarchs are almost entirely immune. Last year the Brazilian legislature voting to impeach President Dilma Rousseff and currently her presidential powers have been suspended while all of this is sorted out. This has caused a considerable uproar with a great deal of public anger against not only this president but against the Brazilian government in general. Many people, in many other countries, can certainly sympathize with such a sentiment as very few around the world currently seem to feel that they are getting all that they deserve from their governments. There have been large protests in Brazil and in those crowds the monarchists of Brazil have not been unrepresented. That is certainly good to see.

Of course, it should come as no surprise that I would be glad to see the President of Brazil gone from office but not only this president but rather the presidency itself. One would think that people would really start to question the fundamentals of their political system in these liberal democratic republics all over the world when so many people are so unhappy with the people that they themselves elected to high office. In Brazil as in many other places, people revere the idea of democracy while bemoaning the fact that it seems to be constantly failing them. When this is pointed out, they, in my experience, invariably respond that it is simply that there are no good options, that good people do not run for office and even if they do, they do not stay "good people" for very long after achieving it. Well, that in itself should tell you something about the system. Is the current democratic system really all that wonderful when, yes, you get to choose but only between a pre-selected group of bad options? 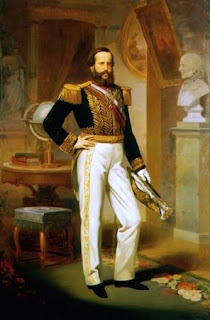 For Brazil, the situation is even more stark than it is in many other places. Although the economy has been growing in recent years and it has often been identified as one of the "rising powers" of the world (particularly when contrasted with the decline in Europe), most people live below the economic level of those in other advanced countries. Brazil has an immense wealth of natural resources and yet most people always seem to be barely getting by. Much of that, no doubt, has to do with the policies and the priorities of the various governments but overall, Brazil has not lived up to the promise that it once showed and that is where the monarchists of Brazil have an invaluable tool. It was as the Empire of Brazil that the country achieved its zenith and which set the standard that caused so many around the world to expect great things from the country.

Under the monarchy, Brazilian politics was still a rather rough business with governments coming and going in rather quick succession, however, because of the Emperor, this was done in an orderly way rather than the chaos that often broke out after he was gone. The Emperor gave Brazil stability and people can prosper or at least persevere under some significant challenges if only there is stability. During the reign of Dom Pedro II in particular, Brazil was the place where there seemed to be opportunity, it was growing, it was advancing, it overcame challenges from its neighbors and was establishing itself as the most significant power in South America. At its peak it boasted the fifth largest navy in the world with battleships more formidable than those of even the United States. More than any other in the region, it was the country that the rest of the world was keeping an eye on, expecting it to become even greater still. 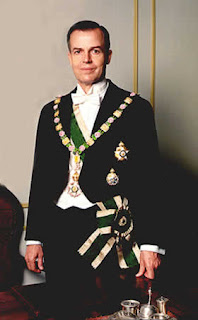 After the end of the monarchy, chaos quickly became commonplace and Brazil seemed to start falling into the same pattern of so many of her Latin American neighbors. Sometimes things got better, other times worse until Brazil is at the point it is today. There have been efforts to restore the monarchy before, with Brazilian monarchists even managing to put the issue to a vote which is so rare for former monarchies as to be almost unprecedented. That precedent provides at least more hope than might otherwise exist for the monarchists of Brazil to get another chance. Fortunately, the Brazilian Imperial Family is still around, still well thought of in general and, perhaps most importantly, still involved in Brazilian society. I have been more and more impressed with His Imperial and Royal Highness Prince Bertrand over the years who has set an example that I really wish more non-reigning royals would follow. He has not hesitated to advocate for the restoration of the monarchy and has also shown no hesitation in actually taking a position on issues that matter and I have been very impressed by his views on the state of the Catholic Church, his views on politics and his efforts to educate the people of Brazil on the benefits of private property and free markets. All in all, Brazil could not ask for a better potential emperor and I would consider all Brazilians to be very fortunate to have him.

Whether anything will come of this, I cannot say. I can only say what I would most like to see happen in Brazil and that is for the people to finally shed themselves of this succession of presidents that has so badly failed them, restore the monarchy, make Prince Bertrand the Emperor of Brazil, follow his advice in policy matters and then go on to establish ever closer ties with Portugal (hoping that Lisbon might follow their example) and the other Portuguese-speaking communities around the world to make the Empire of Brazil not just a regional power but a voice of influence on the world stage as well. That is my vision, most may not consider it likely to happen, but I can imagine nothing better. Certainly the current system is unworthy of the honorable history that the empire gave to Brazil and only the empire would be worthy of the glorious future I would like to see for the country. So make it happen Brazil! Declare your independence from self-serving politicians and corrupt presidents. Independência ou Morte!
Posted by MadMonarchist at 3:57 AM