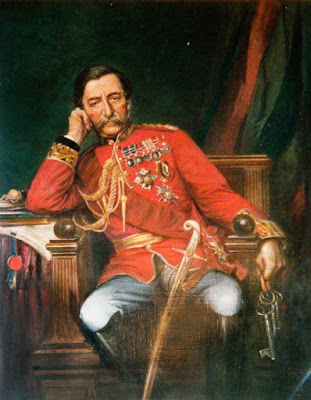 One of the most accomplished soldiers Britain has ever produced, Robert Napier had a colorful career that spanned the globe in the service of the British Empire. Born in Ceylon on December 6, 1810, the son of a British officer, he was educated at the Addiscombe Military Seminary before being given a commission in the Bengal Engineers in 1826. After further education he was posted to India in 1828 and did a great deal of good with the Royal Engineers there in improving the infrastructure for farming. He earned promotion to captain before being sent to England due to poor health but he was soon back again to participate in the First Anglo-Sikh War. Napier saw action at the Battles of Mudki, Ferozeshah (where he was badly wounded the first of many times) and Sobraon from 1845 to 1846. He received further promotion and was chief engineer at the siege of Kote Kangra in the Punjab. When, not long after, the Second Anglo-Sikh War broke out, he directed the siege of Multan in 1848 and was again wounded but still had enough fight in him to be on hand for the storming of the place and the fall of Chiniot. For his service at the Battle of Gujrat and the final surrender of the Sikh forces he was promoted to lieutenant colonel. 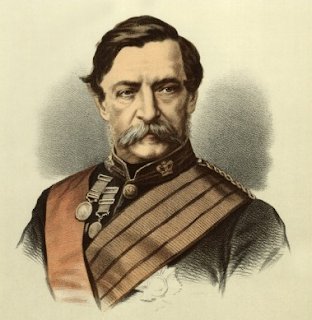 After further service in more battles on the Northwest frontier of India he attained the brevet rank of colonel and was wounded again in the Indian Mutiny during the two efforts to relieve Lucknow, a desperate siege that captivated public attention in Victorian Britain. Once again, his injury was not sufficient to keep him out of action and he was on hand for the final victory at Lucknow in 1858. His star still rising, he was deputy commander of the march on Gwalior and commanded a brigade at the Battle of Morar. After the capture of Gwalior it was Napier and his men who pursued the retreating rebels and, with only 700 men, wiped out a force of 12,000 rebels at the plains of Jaora Alipur. Given the command of a division in the aftermath of this success he aided in the capture of Paori, totally defeated Prince Ferozepore at Ranode and secured the final victory for the Raj by forcing the surrender of Man Singh and Tatya Tope in early 1859. By the time the Indian Mutiny was over, Robert Napier had covered himself in glory and was one of the most respected officers in the British army with a reputation for doing much with little.

Having proven himself on the battlefields of India, his next assignment would see him win further victories in East Asia. After the First Opium War, Chinese attacks on the British and other westerners continued as well as the drive for the further opening of trade. This resulted in the Second Opium War or Arrow War which saw Great Britain and the France of Napoleon III teaming up to take on the Great Qing Empire. In January of 1860 Napier was given a divisional command with the main British expeditionary force in China and that summer fought with distinction at the Battle of the Taku Forts. This opened the way to Peking and the Chinese forts along the Pearl River fell like dominos in the aftermath. The following month Napier and his men fought their way into Peking itself and in response to continued resistance demolished the “Old” Summer Palace in October. Napier was raised to the brevet rank of major-general and shortly thereafter the permanent rank of colonel. (FYI: a “brevet” rank essentially means that one has the authority of a higher rank than you actually hold but not the salary!) Having further distinguished himself in China, Napier was soon back in India where he was given command of the Bombay Army and received further promotion to lieutenant-general. He even served as Viceroy of India for a short time after the death of Lord Elgin until his replacement arrived. 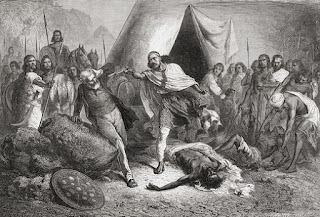 It was, however, his next assignment that would see General Napier rise to his greatest fame and which would usher him into the ranks of the aristocracy. Having won victories in India and China it was time to give Africa a try. A rather ugly scene had developed after a local scoundrel managed to usurp the throne of Abyssinia and declare himself “Emperor Tewodros II” (not an uncommon occurrence). However, rather than restricting himself to terrorizing his own people (though he did plenty of that), Tewodros II tried to gain recognition from the crowned heads of Europe and when Her Majesty Queen Victoria did not immediately reply to his letter, he took captive what Europeans he could get his hands on (an envoy and some missionaries) and held them hostage in barbaric conditions. The British had not the slightest interest in Abyssinia (Ethiopia) but a lesson had to be meted out lest every savage chieftain in all the dark corners of the world should get ideas. A rescue expedition was arranged and Lt. General Robert Napier was given command, setting out for the Ethiopian highlands in January of 1868.

Napier had at his command about 13,000 British and Indian troops, quite an expedition for the time, causing some to refer to the episode as the most expensive ‘affair of honor’ in British history. With a huge population to draw upon, Tewodros should have been able to swamp the Anglo-Indian force with numbers but this was not to be as, although he has achieved hero status today (God knoweth why), he was disliked if not reviled by a great many of his countrymen (even his wife couldn’t stand him). As a result, the Anglo-Indian force probably had more trouble simply with the rugged, wild terrain than they did with the Ethiopian army, many of whom fled from the ranks of the vicious and erratic emperor rather than confront the invaders. Napier also established friendly contact with numerous local chiefs, even enlisting some of them to help supply his army as Tewodros was extremely unpopular amongst most of the local potentates, most of whom viewed him as illegitimate and most of whom also wanted his job. When Napier informed him that the British Empire had no desire to add Abyssinia to their list of colonial holdings but were merely out to rescue the hostages and teach the upstart emperor a lesson, most were only too happy to cooperate with their invaders. 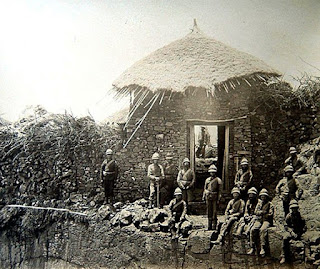 After more of his army had ran away rather than face combat, Tewodros was only able to scrape together 9,000 men to confront Napier at the pivotal Battle of Magdala. The British did not think that Tewodros would be so stupid as to leave his defensive positions to attack their superior force but he was and the disciplined ranks of British and Indian soldiers cut them down in volley after volley of rifle fire. The horrific losses made Tewodros release two of the hostages with an offer of peace but General Napier was having no half-way measures and demanded the release of all the hostages and the unconditional surrender of the emperor. Being unwilling to humble himself, Tewodros refused and after an opening bombardment, Napier ordered his men to storm the enemy fortress. Resistance was crushed, Tewodros shot himself in a last act of cowardice and his remaining troops promptly surrendered. Nearly 2,000 Ethiopians had been killed or wounded while Napier’s army suffered only 20 men wounded, two of whom later died. The hostages were rescued, the town was razed to the ground, the locals learned never to cross the British Empire and General Napier was the hero of the hour. For his extremely successful campaign Napier was ennobled by Her Majesty Queen Victoria  with the title of First Baron Napier of Magdala in honor of his victory.

Civilian honors came his way as well and in 1870 Lord Napier was appointed Commander-in-Chief, India with the rank of full general. In 1876 he was made Governor of Gibraltar and, when stepping down from that post in 1883, was promoted to the rank of field marshal. Lord Napier had achieved fame in India, China and Africa, becoming one of the greatest military heroes of the Victorian age and a symbol of the military success of the British Empire around the world. In his old age he was made honorary colonel of the Third London Rifle Volunteer Corps, commandant of the Royal Engineers and was made Constable of the Tower of London in 1887. After a colorful life and very successful military career, Lord Napier passed away from influenza in London on January 14, 1890 and was buried, like a military hero, with all due honors in St Paul’s Cathedral.
Posted by MadMonarchist at 10:45 AM