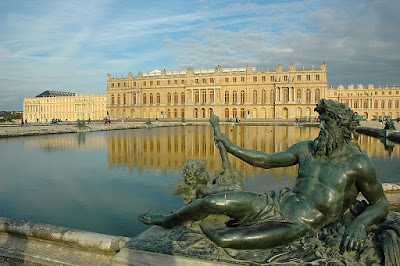 Some things come across the news that are so disgusting one is at a loss for words to describe them. Such a story came to my attention recently. A British “artist” (and I use the term loosely for Michelangelo he is not) named Anish Kapoor unveiled his work: a giant vagina on the grounds of the Palace of Versailles in France which he called “Dirty Corner”. He said it was in reference to Queen Marie Antoinette, calling it the “vagina of the queen coming into power”. Previously, Kapoor was known for his Orbit Tower in Queen Elizabeth Olympic Park in London, Britain’s largest piece of public art and itself a rather atrocious eye-sore. Why he chose to do this, who can say? It can be added to the list of infamous abuses Queen Marie Antoinette suffered and continues to suffer at the hands of the successors of the mob that tore her from her family, defamed her in the most atrocious way possible and beheaded her when she had done no one any harm at all and spent her years as queen consort of France working diligently to help her husband and the French people. Just as disgusting as Anish Kapoor is whatever French officials allowed this monstrosity to be displayed at Versailles.

It should be remembered that while this particular display is certainly shocking and has grabbed some headlines, the Palace of Versailles is often used by the French government as the setting for events which, while usually less offensive, are just as inappropriate. Last year sex video star Kim Kardishian and her rapper husband Kanye West stayed at Versailles with an entourage of friends prior to their wedding. For the right price, anyone can rent out a piece of Versailles for practically anything. What has been done to the Palace of Versailles is even worse than the Red Chinese putting a Starbucks in the Forbidden City. This is what I call ‘whoring your culture’ and republics (that used to be monarchies) are experts at it. From east to west, it happens all over the world to varying degrees of offensiveness. Republican governments take the magnificent monuments of the monarchies they usurped and whore them out like pimps. They take what has great cultural significance, even sacred, spiritual significance and put them up for rent like the owner of a seedy motel with a sign that says “hourly rates available” -wink, wink. To these people have any idea what something like Versailles “means”? 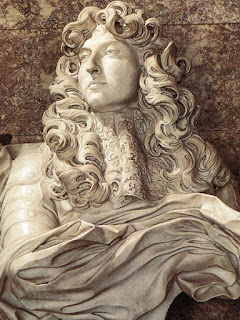 Several French monarchs made use of Versailles but it will always be most associated with the one most responsible for it: King Louis XIV. It represents an era of French history of a great flowering in art, architecture, learning and religion. It represents a time when the Kingdom of France was at the cultural center of the western world, when France was the preeminent power in Europe, in short, something that anyone of Gallic blood should take great pride in and wish to see treated with all due respect. However, to the bureaucrats of the republic, it’s just a piece of real estate, valuable only for the amount of money they can sell it for. There is probably no more magnificent, awe-inspiring palace in the entire world, no other place so lavish in its details yet so monumental in scale, such a place where absolutely everything is crafted to perfection to create a sense of glory on a scale never realized before or since. And some look at all of that magnificence, all of the history bound up in it, and see a venue for art exhibits, conferences and a place to host degenerate celebrities. Again, words escape me.

And yet, to lesser degrees, this sort of thing happens all over the world. In Korea, China and Vietnam they have paid actors to reenact ceremonies at their imperial palaces. In India, the Red Fort is used as a backdrop for political speeches and former royal residences across Europe are regular tramped through by hordes of sweaty, gum popping tourists who may simply wish to mark it off their “Things to See” list. Now, I must hasten to add, I am not trying to shut down tourism to these places but there should be some decorum observed and there should be some limits as to what one can do. Yet, all of these things tend to happen to a palace when there are no longer any royals residing in them. They overthrow their monarchy, seize the property of the royals and then make money selling tickets for people to come see it and even paying people to dress up like the former royals and impersonate them. It reminds me, particularly when speaking of a case such as that of Queen Marie Antoinette, of murderers who sign book or movie deals and end up profiting from their crime. However you look at it, it’s positively disgusting.
Posted by MadMonarchist at 12:26 AM