Where is the Monarchy World Power?

There have been several stories lately, and growing alarm, over the construction of artificial islands in the South China Sea by the People’s Republic of China. The bandit regime in Peking has claimed the entirety of the South China Sea as their own property and with these islands are trying to enforce that claim. Recently, they have started to arm these islands with artillery and make them capable platforms for aircraft. The United States has warned Red China to put a stop to this but the only response from Peking has been a counter-warning for the U.S. to mind its own business and stop meddling in their affairs. More countries are involved of course as the Red Chinese claim includes islands whose ownership is disputed between a number of neighboring countries and the bandits in Peking recently offended the bandits in Hanoi by ordering Vietnamese fishermen to stop fishing in the Gulf of Tonkin; an order the Vietnamese have rightly ignored.

One monarchy that has been put under increasing pressure from all of this is the Commonwealth of Australia. An ally of the United States but a country with extensive and ever growing economic ties to Red China, the Australians have been caught in the middle of the two giants and Red China in particular has become increasingly impatient in wanting to know where exactly Australia stands. The United States has increasingly desired the use of Australian bases for operations in the region while the bandits in Peking have, directly and indirectly, warned Australians that they would be wise to stay out of this and not allow the Americans to “pull” them into a confrontation that does not concern them. What is Australia to do? Like many, the Australians have, since World War II, counted on the United States for military protection but Red China has become more and more critical to the Australian economy and the Red Chinese have purchased a good deal of Australian resources. It is not an enviable position to be in for the “Land Down Under”.

Now, I am sure there are many monarchists out there, reading these words, who would be very frustrated at the idea of having to choose between the People’s Republic of China and the United States of America. Personally, it would be an easy decision to make but I can certainly understand and sympathize with those who would prefer to choose neither. It would certainly be nice if there was another, monarchist, alternative to this duopoly. What other major power could, if not outmatch, at least give pause to these two giants? Russia is out of the question, being firmly tied to Communist China these days. The European Union has no military (yet) and even if it did, the military forces of Europe have been so drastically reduced to fund social welfare programs that they would hardly be worth considering. Additionally, despite including a number of monarchies, the European Union is a thoroughly, indeed radically, republican institution. What about simply trying to be patient and wait for one of the “emerging powers” to gain sufficient strength? Alas, these are all republics as well. 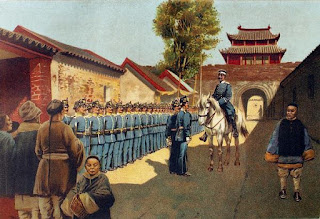 Of course, in the old days, there would have been so many more options and much better options. Once upon a time there would have been a British Empire and an Empire of Japan as major players in the region and if you go back a little farther there would have been a German Empire to take into account. The Kaiser had a few footholds and a naval squadron in the area. However, none of these former world powers count for very much anymore. Japan is largely pacifist and constitutionally barred from military intervention anywhere, the Germans have gone republican and have an army even smaller than that of Italy and the British, while certainly being more active on the international scene than the others, have had to reduce their military to such a degree that you could practically fit the British army in a football stadium. Why? Because in the U.K. you can cut national security but you cannot cut the NHS and, turns out, “free” healthcare is actually quite expensive. So, what is a monarchist to do?

The easy answer would be to simply get angry (and boy is it easy) but that would not be the wise answer. Getting angry with Red China is bound to hurt your economy and while getting angry with America is easier it still accomplishes nothing. To really be a major world power these days several things are required and there simply isn’t a monarchy that possesses all of them. The United Kingdom is currently the only monarchy in the world with nuclear weapons but, while all the major players have nukes, possessing them ensures no other power is likely to attack you, they do not automatically allow one to project power around the world. Modern nuclear weapons are so fantastically destructive that even the most unhinged of regimes have never used them. To ever truly stand alongside the likes of America, China or Russia any monarchy in the world would have to drastically increase their military. They would also have to have a population large enough to draw a sizeable military force from as well as being large enough to be a lucrative market and produce wealth, thus becoming economically significant on a broad front. This is a thorny issue as most monarchies in the world are simply not capable of supporting an extremely large population. All the monarchies of Scandinavia combined have fewer people than the state of California alone and none have sufficient habitable land to sustain a great many more than they have. 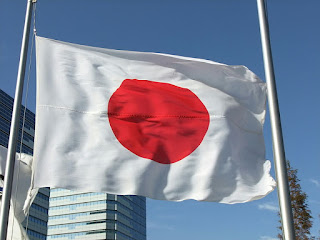 The notable monarchial exception to this has been Japan but it would be wrong to place too many hopes in the Japanese example. True, even stripped of their empire and lacking natural resources the Japanese were able, by hard work and inventiveness, to become, at one point, the second largest economy in the world. However, Japan is also the most heavily indebted country in the world. After 1945 the United States pumped in huge amounts of money to Japan which enabled it to make an astounding recovery. However, as politicians tend to do, leaders in Tokyo took this cash flow for granted and enacted policies that ensured spending would continue at a drastic rate. Eventually the bubble burst, the debt piled up and Japan is still struggling to deal with the economic fallout from this. However, keeping all of that in mind, the case of Japan does prove that a country can overcome certain deficiencies to become a major economic power. Even today, with all of the economic woes of the EU, the monarchies of Europe are still more financially significant than a huge number of other countries with more land, resources and people than they have. As usual, there is simply no substitute for good decision-making. The problem is finding political leaders that will make good decisions as opposed to popular ones. The liberal, democratic model practically guarantees this will be nearly impossible.

Yet, every monarchy is as capable of making at least as good (or least bad) decisions as any of the numerous republics that have grown to be world powers. They could place a greater priority on the military side of their budgets, focus on more growing wealth instead of redistributing in an effort to make everyone blandly lower-middle class, cut off the benefits and teach people to be self-sufficient and endeavor to achieve greater national unity and foreign policy focus. Were such a thing to even be attempted, monarchies would have a significant advantage by their very nature. They could then take a more assertive role in international affairs. Of course, even at their best, most would still be unable to rise too high but by building coalitions they could give the ‘big boys’ a run for their money. If, as I have often argued, all the English-speaking monarchies could cooperate more closely together and if the Latin American republics were to cling more closely to their mother Spain they could play a part on the world stage well out of proportion to their individual strength. Simply instilling a greater sense of national pride and that your monarchy, be it Belgium or Sweden or any other, has something to contribute to the world would be a great start. 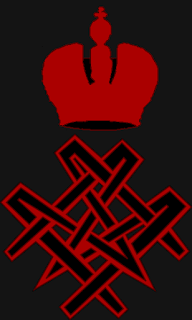 Americans, more so the conservative ones, can be annoyingly arrogant in their pride in the United States and speak of the total American package as if it was God’s gift to the world. It has become almost a litmus test for presidential candidates to assert that they believe in “American exceptionalism”. For those people who live north of the 49th parallel, south of the Rio Grande or on either side of the Atlantic and Pacific Oceans this attitude can be extremely tiresome. However, I have long advocated that monarchists stop complaining about it and, instead, emulate it. Assert that your country is exceptional, assert that your form of government, monarchy, is the ideal form of government that anyone with good sense should seek to have for themselves. Make your own case, present your own solutions and give the braggarts in republican lands some competition! The bottom line is that every country is where it is because of choices its people and its leaders have made. Blaming others will change nothing, only taking responsibility and making good decisions in terms of policy can do that. People living in monarchies (I temporarily excuse monarchists living in republics as their first priority should be restoration) are the only ones who can do the work, day by day, to make their countries significant and present to the world a better, monarchist, alternative. Until that happens, the only choice will be to pick the least bad option. For Australia, that choice is Red China or America, others might face the EU or Russia but whatever it is, monarchists should be able to come up with something better. It’s been done before, it’s not totally beyond the realm of possibility that it could be done again.
Posted by MadMonarchist at 12:38 AM