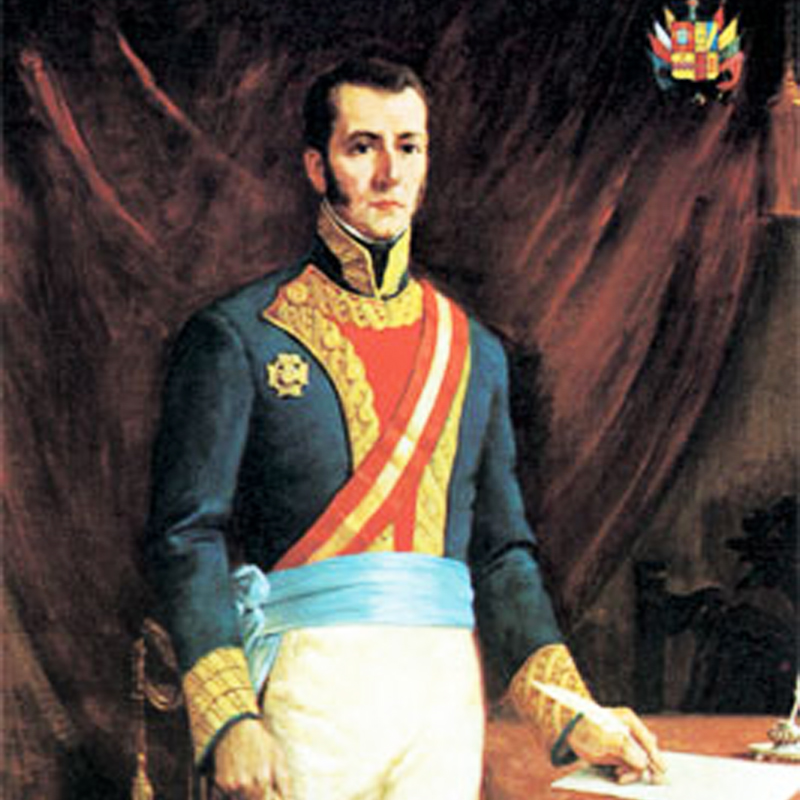 Don Jose de la Serna e Hinajosa, first Count of los Andes, was effectively, if not officially, the last Spanish viceroy of Peru but more significantly was in command of the last period of struggle between the forces of the Spanish Crown and republicanism in South America. Born in 1770, like many young Spanish noblemen, he became an officer in the army early in life and had a career typical of the difficult position Spain was faced with in that time and place. At the start of the French Revolutionary Wars, he fought the French. Then, when Spain was forced into an alliance with France, he fought the British. When that alliance ended, he fought the French again, was taken prisoner but escaped and then traveled a bit before making his way back to Spain where he fought the French again in the Peninsular War alongside the British who were then allied to Spain. He saw that campaign through to the end when the French were finally driven from the Iberian peninsula in 1813. Once that war was over and King Fernando VII was safely restored to his throne, attention turned toward the vast Spanish empire in America. 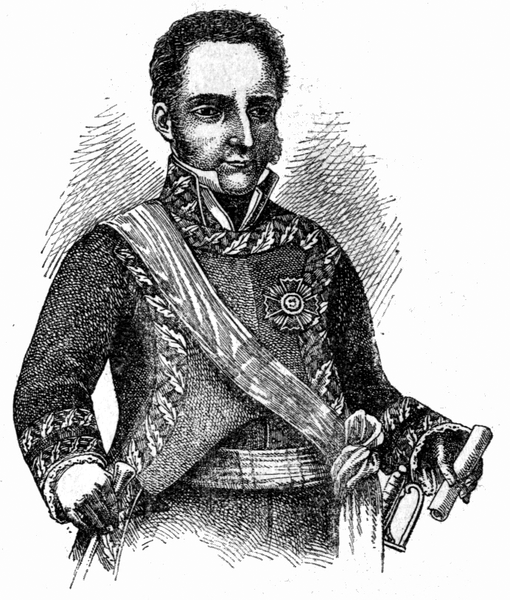 During the wars with France, the Spanish colonies had been isolated and independence movements, some more revolutionary and republican than others, began to break out. The other monarchies of Europe were mostly concerned with events in their own continent and cared little about what happened in other parts of the world where they had no significant interests. On the other hand, the United States was quick to grant recognition and at least moral support to any colony that broke away from Europe and the British Empire did the same while also giving both official and unofficial support to such independence movements as a way of eliminating Spain as a colonial rival and breaking the Spanish monopoly on trade with Latin America. Obviously, for the Spanish empire, this was the moment of the greatest crisis and more revolutionary movements broke out and gained ground under such dynamic leaders as Simon Bolivar, Jose de San Martin and others. Don Jose de la Serna, by then a major general, was dispatched to the Viceroyalty of Peru to take command of Spanish royalist forces there and put down all rebellions against the Crown.

Peru was the strongest bastion of royalist sentiment in South America and the hope was that it could be secured as used as a base from which republican rebels could be suppressed one by one in neighboring regions such as Colombia and Argentina. But, the Spanish faced internal as well as external difficulties. Commanders often wavered according to their politics and discord between officials and generals were far from uncommon. The case of General De la Serna illustrates this. Arriving in 1816, he was first posted to Alto Peru, in what is now Bolivia, and ordered to march against the rebels in northern Argentina by the Viceroy of Peru, Don Joaquin de la Pezuela. However, De la Serna opposed this plan as being too ambitious and was often at odds with the Viceroy who was an old-fashioned royal absolutist while De la Serna was a more liberal moderate, leaning in the direction of a constitutional monarchy. This was hardly uncommon, nor was it unique to Spain. During the American War for Independence most of the British commanders sent to suppress the rebel colonists were Whigs who sympathized with their complaints against the London government. Nonetheless, De la Serna began to move but made it only as far south as Salta in the Lerma Valley of northern Argentina in early 1817 when he was surprised by the appearance of a rebel army under Jose de San Martin who had crossed the mountains from Argentina, conquered Chile and was moving north. 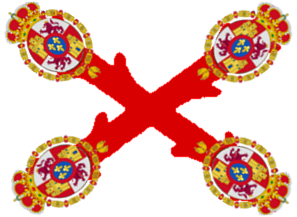 This forced De la Serna to halt his advance and fall back to a defensive position in Bolivia. He soon had his hands full dealing with insurgents in the area which began to rise up with the appearance of San Martin and his Army of the Andes. Frustrated by the situation and his only worsening relationship with the Viceroy, De la Serna finally requested permission to resign and go home to Spain, a request which was ultimately granted in May of 1819. By September, all was in order and he handed his command over to General Jose de Canterac and prepared to return home. However, he did not do so and, in light of subsequent events, one can only wonder if, perhaps, he never intended to retire at all but that this was a charade on his part. As was not uncommon in the Spanish colonies, De la Serna had his own following of loyal supporters who were convinced that he was the only one who could save them from the threat of an invasion by the rebel forces under San Martin in Chile. They applied a great deal of pressure on the Viceroy to have De la Serna appointed to some position of great importance.

Hoping to placate them, De la Pezuela had De la Serna promoted to lieutenant general and made president of the war council in Lima. But his supporters were not placated. In September of 1820 Jose de San Martin landed in the coastal city of Pisco, Peru and prepared to march on Lima. The De la Serna faction then made their real bid for power, pressuring De la Pezuela to resign and make De la Serna Viceroy of Peru. De la Pezuela, however, refused to be pressured and, in what he likely regarded as a test of loyalty, ordered De la Serna himself to put down the uprising that favored him. If it was a test, De la Serna failed, saying that he did not have sufficient forces to suppress them. De la Pezuela had been the victim of a very well managed coup. He was beaten and knew it and so on the evening of January 29, 1821 he resigned and handed power over to Don Jose de la Serna, making him Viceroy of Peru. Sadly, this too was not unusual and, also as usual, the Spanish government simply went along with what had already happened ‘on the ground’ and validated the decision.

By that time, Jose de San Martin was almost upon Lima and the new Viceroy sent a Spanish envoy, who had just arrived with instructions to find a peaceful solution to the crisis, to begin negotiations with the rebels. The talks were long and arduous but ultimately hopeless. The King of Spain was willing to concede practically everything; local self-rule, a new government, complete autonomy, but he would not concede his sovereignty and the rebels demanded nothing less than complete independence. Starting on May 3, the talks continued until June 25 when both sized recognized that no agreement was possible and force of arms would have to decide the issue. Unfortunately for the royalists, their military situation had not improved in the meantime and the following month Lima was evacuated and Jose de San Martin marched in to occupy the city and, on July 15, 1821, issue the Peruvian declaration of independence. Viceroy De la Serna retreated to Cuzco but the forces of the Crown were rapidly falling apart. When the rebels besieged Callao, De la Serna sent General Jose de Canterac to lift the siege with 4,000 men. Unfortunately, he did not succeed and the starving garrison surrendered in September. Royalist forces remaining in Bolivia broke off on their own, refusing to follow orders from De la Serna and internecine dispute among the royalists became more problematic. 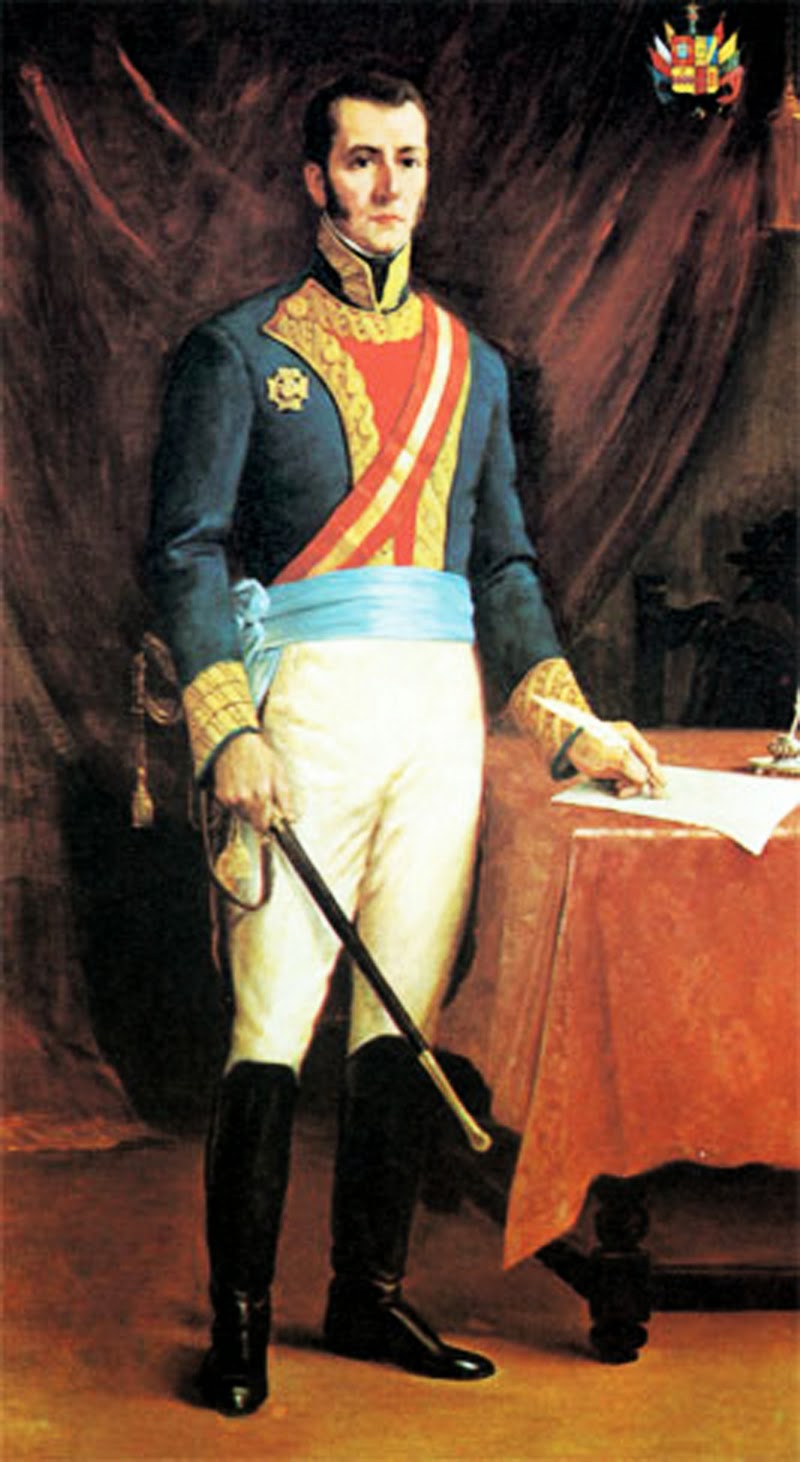 In August of 1824 Canterac was defeated at the Battle of Junin by Simon Bolivar as rebel forces from around South America converged on the royalist armies, giving them their first victory in Peru itself. Viceroy La Serna decided to ‘go for broke’ and fight one decisive battle that would settle everything. The result was the Battle of Ayacucho against the rebel army of Antonio Jose de Sucre. The Spanish royalists consisted of only 500 Spanish soldiers, the remainder being local loyalists and native militiamen while the rebel army, not very different in size, included men from all over Spanish America; Colombia, Peru, Argentina, Chile and others as well as the British Legions of volunteers which included men from across the British Isles and Germany who were supporting the cause of Latin American independence. The Spanish forces were also weakened by having troops dispatched to fight other royalists as the conflict between constitutional and absolute monarchists had carried over to America. The result was not difficult to foresee. De la Serna was defeated at the Battle of Ayacucho, forced to surrender and with that defeat, Peruvian independence was secured and the power of the Spanish Crown was removed from South America from that time forward. The rebel victory was so complete and far-reaching that some Spanish historians have speculated that it was all a show rather than a real contest, that the liberal-minded Spanish officers had already agreed in advance to surrender to the rebels. This, of course, is a very serious accusation and one that would be difficult to either prove or refute, however, given the pattern of behavior some royalist officers exhibited, such as La Serna himself, it is understandable that some would suspect a conspiracy.

His Catholic Majesty King Fernando VII, however, seemed to have no doubts about the loyalty of La Serna, granting him the title of Count of the Andes after he returned to Spain. He was given a lofty command appropriate for his rank, Captain-General of Granada, where he finished out his military career. He died in Cadiz in 1832. His life and military career were illustrative of the problems that beset the Spanish empire in the early 19th Century as well as the internal divisions, both in Spain and in America, that precipitated its ultimate demise.
Posted by MadMonarchist at 12:12 AM