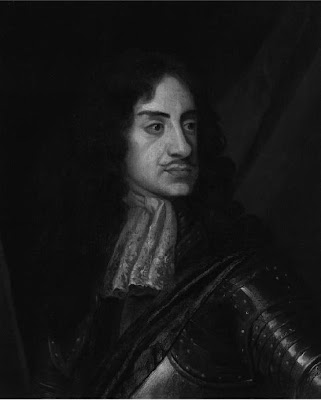 Not actually a part of my "favorites" album previously, but it is Oak Apple Day and King Charles II deserves some recognition. According to the law:
"Parliament had ordered the 29 of May, the King's birthday, to be for ever kept as a day of thanksgiving for our redemption from tyranny and the King's return to his Government, he entering London that day".
Since we recently read about what a horror show was done away with by the return of the exiled Stuart king, I am sure everyone would join in celebrating this special holiday, grateful for the humane and dignified leadership of Her Most Gracious Majesty the Queen in stark contrast to the vicious, corrupt and juvenile creatures who occupy the realms of elected office. A Happy Oak Apple Day to all!
Death to the usurpers!
Death to all enemies of the Crown!
GOD SAVE THE QUEEN!
Posted by MadMonarchist at 12:16 AM