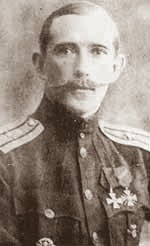 The First World War saw many advances in the art of war, particularly in the harnessing of industry and modern machinery for military purposes. It was the conflict which saw the first widespread use of automatic weapons, chemical weapons, super-long range artillery, submarines, tanks and, of course, aircraft. Somewhat unfairly, the Russian Empire is usually seen as lagging far behind the other Allied powers in all of these areas, depending almost entirely on the massive hordes of Russian infantry to win battles. True enough, Imperial Russia was not as industrially advanced as some other major powers, and the tough, relentless Russian soldier was always the best weapon of the Tsar but the Imperial Russian Navy actually had the first military submarine fleet in the world, deployed from Vladivostok during the war with Japan and while Russia was taken out of the First World War before tanks came into widespread use, the Russian Empire did also take to the skies with the war planes of the Imperial Russian Air Service. In fact, Russia had been training military pilots (using French aircraft) since 1910. At the outbreak of World War I it was, in fact, the Russian Empire that had the second largest air force in the world.

The man who would achieve the greatest combat record of anyone in the Imperial Russian Air Service was Alexander Alexandrovich Kazakov. Born into a minor noble family on January 15, 1889 in Kherson Governorate (today the Ukraine), the young Kazakov wasted no time in setting his life on course for a military career. Like many future pilots (in many other countries) Kazakov first decided on the cavalry as his preferred branch of service. In 1908 he graduated from Yelizavetgrad cavalry school and served in the cavalry until 1913. First serving as a coronet in the Twelfth Lancer regiment he was promoted to lieutenant in 1911. In 1913 he decided to trade his horse in for an airplane and began undergoing training to become a pilot at the Gatchina military aviation school. He qualified as a military pilot in September of 1914, after World War I had already broken out, and was sent to the front in December as the youngest pilot of the fourth aviation corps. During his career, Kazakov flew the Morane-Saulnier, Spad - SA2, the Nieuport 11 and the Nieuport 17; all French aircraft. In quick order he would prove himself to be among the best fighter pilots the First World War would produce. 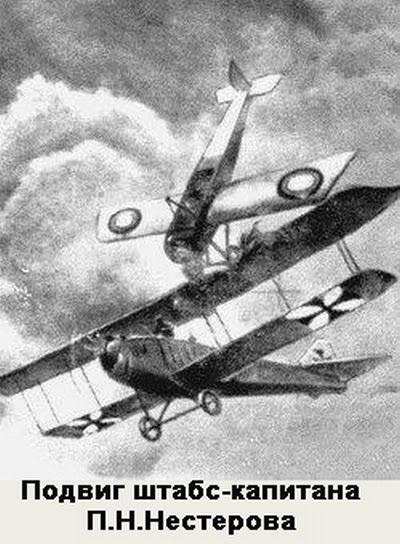 Not many may be aware of the fact that it was actually a pilot of the Imperial Russian Air Service, Pyotr Nesterov, who was the first pilot to ever attack and bring down an enemy aircraft; which he did by ramming an Austrian observation plane. On March 31, 1915 Kazakov followed in his footsteps by similarly ramming and bringing down an Austrian plane. Miraculously, he survived and was awarded the Order of Saint Anne, fourth class (later earning the third as well). With this initial victory Kazakov proved himself a pilot to be reckoned with and he soon demonstrated his abilities even further and by September was promoted to command the Nineteenth Corps Fighter Detachment, continuing to fly Nieuports. From June 27 to December 21, 1916 he brought down four more enemy aircraft to officially join that elite club of fighter pilots known as aces. The exact total of the victories of Colonel Kazakov are a little difficult to ascertain. This was due to a number of factors, one of which was the emphasis of the Russian Empire on “teamwork” which emphasized the successes of the group rather than the scores of individual pilots (Russia was not the only country to do things this way, Italy being another example). There were also the usual complications of attributing victories achieved by more than one pilot working together and victories over enemy territory or for which there were no witnesses and thus could not be confirmed.

An example of this came on May 6, 1917 when Colonel Kazakov achieved his sixth victory but which he won in cooperation with Ernst Leman and Pavel Argeyev. Nonetheless, he had shot down another plane by May 25 and by the end of his career reached a total of 20 confirmed aerial victories, making him the number one Russian ace of the First World War. His actual score, however, may have been considerably higher or a bit lower, though not enough to rob him of his ‘number one’ status. According to some sources he shot down 15 enemy planes on his own and 17 in conjunction with other pilots while still other sources claim he shot down 32 aircraft but this was most likely a number arrived at by combining both sets of victories into one total. However, whether it was 15 and 17, 20 or 32, Kazakov was certainly the most successful Russian fighter pilot of the war. Unfortunately, despite the ultimate Allied victory, the cause for which he fought was a lost one.

Kazakov was disgusted by the outbreak of the October Revolution and refused to betray his oath of loyalty to the Tsar. As a result, the revolutionary government stripped him of his rank and dismissed him from service. Later, a friend warned him that the Red Army was about to press him into service as a military aviation expert. Refusing to join the detested Red faction, Colonel Kazakov went to Murmansk in June of 1918 and from there, in August, to Archangel where he enlisted with the Slavo-British Allied Legion to fight for the White Russian faction against the Reds. He was given the rank of major in the Royal Air Force of Great Britain and appointed to command the air squadron of the legion, flying the rugged Sopwith Camel planes. Unfortunately, the British soon withdrew their support and as this vital assistance drained away, White Russian morale plummeted. On August 1, 1919, near Benezniky, Kazakov arranged an air show to cheer the troops. Sadly, he died in a plane crash in that very show. Officially, it was considered an accident, but many witnesses, such as the British flying ace Ira Jones, believed that Kazakov had crashed his plane deliberately, knowing that the counterrevolutionary cause was doomed and refusing to live on in a world in which his beloved Russian homeland was ruled by the hated Bolsheviks. Whatever the case, Russia had lost her most successful ace, one of the great pioneer fighter pilots of Russian history and a faithful soldier, loyal to the death to his Tsar and motherland.
Posted by MadMonarchist at 12:17 AM