Who Is Afraid of Hanfu? 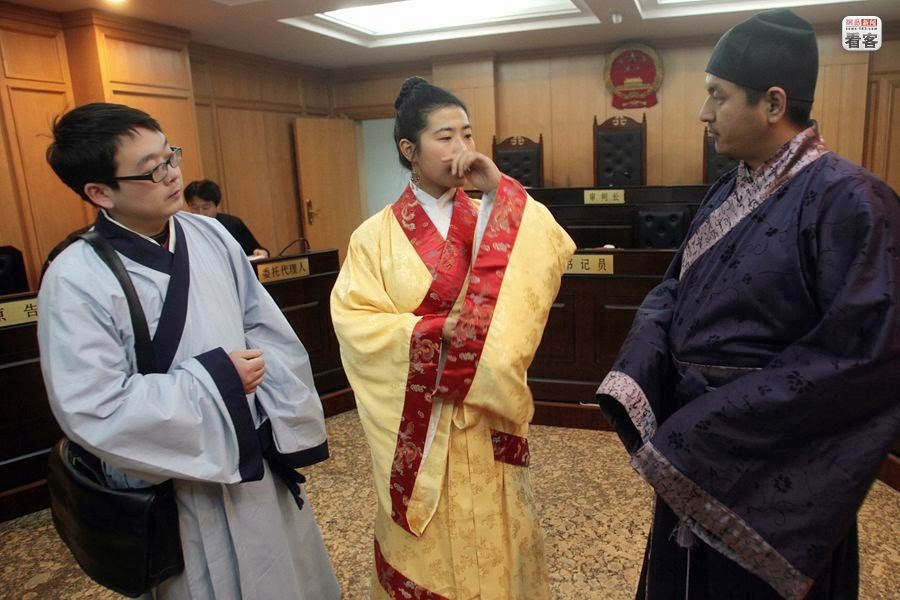 Sometime around 2003 (as best as anyone can trace these sorts of things) there began to grow in the Rich People’s Republic of China (formerly the glorious Great Qing Empire) something called the Hanfu movement. This is a movement that seeks to reintroduce to everyday life in the People’s Sweatshop of China the very tasteful and elegant traditional clothing styles of the Han nationality from the imperial era prior to the elevation of the Great Qing Dynasty. In other words, these are people who wear what was for centuries traditional Chinese clothing and who would like to see it more widely worn in China as well as for the Han Chinese to re-familiarize themselves with their ancient customs and traditions. One can certainly understand the need for this since most people around the world would probably not recognize traditional Chinese costume if they saw it or would, perhaps, mistake it for something Korean. The national costume of Korea was based on the Chinese style but traditional clothing is much more common in Korea today than in China (moreso among women than men). For most people around the world, if asked to describe traditional Chinese clothing, most would probably describe what is actually the Manchu style, such as the changpao (qipao), as when the Manchu Qing Dynasty came to power, the old Han national dress was suppressed in favor of Manchu clothes and hair styles. So, a greater familiarity with traditional Chinese clothing is certainly needed. 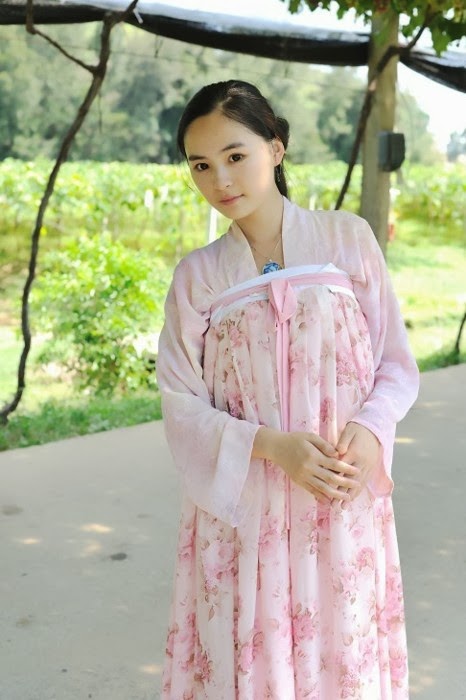 However, this renewed interest in traditional style and all things culturally and authentically Chinese has aroused the opposition of the bandit government in Peking. Officials have spoken derisively of members of the Hanfu movement as people trying to live in the past and dramas set in imperial times or featuring people traveling back in time to the Qing or more distant dynasties became so popular that government censors banned them in 2011 for, among other things, “promoting feudalism”. In other words, the commie bandits are afraid that people are being too nostalgic for the colorful, glorious days of Imperial China rather than joining in the mandated worship for the days of Maoist purges or the current communist/state capitalist kleptocracy. However, they really should not be surprised. The Han are, of course, the largest and most dominant ethnic group in modern China by far and yet, they have been the most far removed from their own traditional culture. The last few centuries of the imperial era were dominated by Manchu styles, the birth of the republic saw a fanatic grasping for all things western and then came the Maoist dictatorship which literally declared war on all things traditionally Chinese during the horrific “Cultural Revolution”. Even after that subsided, the Han majority often felt like the only group in China that lacked something as simple as national dress.

It should go without saying that the bandit government is totally in the wrong on this issue and that the hanfu movement is a positive thing for China. Those elements of the public embracing the movement are merely reflecting the fact that there is very little truly “Chinese” about China these days. Thousands of years of history was swept aside by the revolution and the hanfu movement is proof that some people in China are awakening to the fact that China had a rich and beautiful culture before the likes of Mao Zedong, Chiang Kai-shek and Sun Yat-sen came along and ruined it, suppressing everything truly Chinese to embrace western-style republicanism and feuding economic systems. Critics have spoke condescendingly of the members of the hanfu movement as people stuck in the past, people who are anachronistic or, worst of all, people who romanticize “feudalism” (the commies love to harp about feudalism which is basically their term for anything pre-revolution). It would be too much to hope for that every member of the hanfu movement was a closet monarchist who wished to see the customs and values of Imperial China restored in the public sphere as well as the private but, alas, that is certainly not the case and those elements of the bandit government who see traces of dissent and counterrevolution everywhere are barking up the wrong tree. All they are doing in denigrating hanfu is suppressing their own history and culture rather than suppressing dissent. 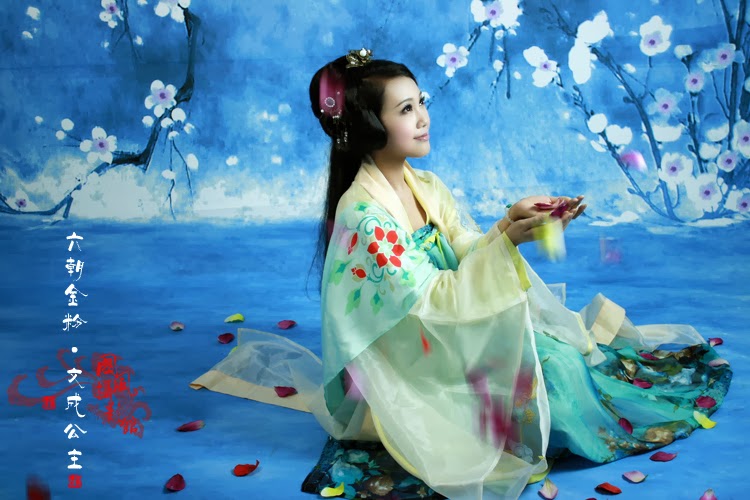 Another major criticism of the hanfu movement is that it is too simplistic, it is merely cosmetic and that adopting old style clothing will not bring about any greater spiritual-nationalistic awakening in China. The simple answer to that is, “Well so what?!” It doesn’t have to be the cure-all for every problem to still be a positive thing and even if it were only cosmetic (which it is not, at least not entirely) it would still be a good thing. Even though, as a matter of personal taste, I prefer the Manchu style, I find hanfu style quite attractive and consider it infinitely preferable to the modern, grungy, western street garb most people wear, it is infinitely more dignified on a Han lady or gentleman than the tired western business suite or Clintonesque pantsuit. Regardless of personal taste, it looks better simply by virtue of being truly Chinese and not some imported fashion. True, it may not always be the most practical sort of garments but many traditional clothes are not anyway. It does not mean they should go away and there are many different ideas about how far one can take the movement. Some wish to see hanfu worn widely as everyday clothes while others wish to see them merely as acceptable, not something everyone would wear all the time but something some people would wear day to day without standing out. Still others would be content to see them used on special occasions, during festivals or such similar holidays as is often in the case in neighboring countries with their own national dress. There is also the possibility of making hanfu something to be worn everyday but adapting it to be more practical for modern life. I think that would be great, provided of course that the classic style is preserved for special occasions as is usually the case. This has actually been done in many other countries. In Vietnam, although less common today, the late Madame Nhu popularized an adapted form of the traditional ao dai that was open at the neck. In Scotland there have been kilts made in different materials and with pockets and things to be more practical for everyday wear and even in China itself, there have already been numerous adaptations of the qipao (for ladies) that are practical and extremely attractive. So long as the original is not forgotten, adding more traditional styles to modern fashions can only be an improvement from my perspective and the people of China have every right and should feel no shame in embracing styles that are genuinely, authentically Chinese. In their opposition to this movement and their opposition that would dare to paint anything of the Qing or previous imperial eras in anything but a negative light, the communist bandit government is only proving their own insecurity, proving how fundamentally un-Chinese they really are and that they, in fact, have a deep-seated hostility to the true cultural legacy and traditions of their own people. This should have been obvious all along but many who have grown up long after the Cultural Revolution and the Deng Xiaoping era might not have been aware of it. 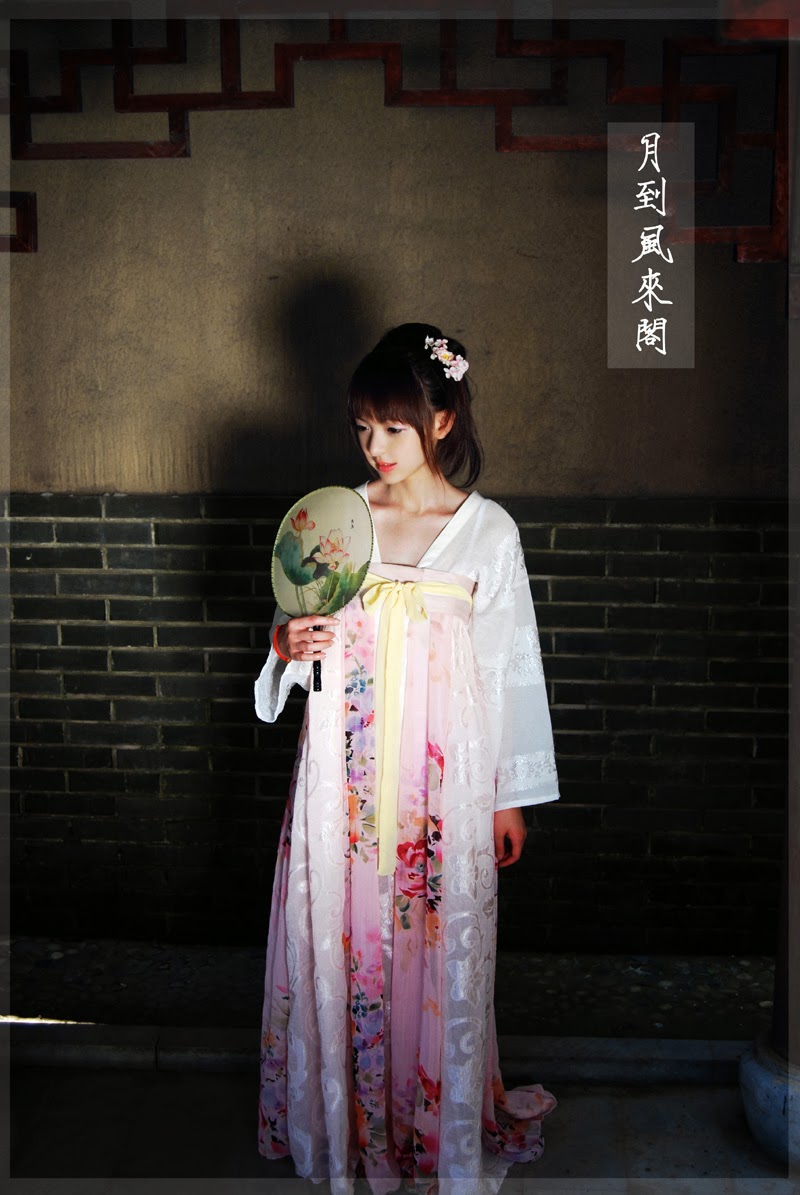 I have very mixed feelings about cash-strapped communist dictatorships paying actors to dress up and reenact traditional ceremonies (on the one hand, I am glad to see any attention given to the imperial era, on the other hand, doing it without *really* doing it seems almost blasphemous to me) but as far as people simply wishing to resurrect and celebrate traditional Chinese styles and ceremonies, I see it as a very positive thing. For the clothing, it simply looks better than most modern styles if nothing else and anything which encourages people to take a look back at the whole of Chinese history and not be limited to the Maoist era or post-1911 history is, in my view, a very positive thing. The hanfu movement as well as the recent renewed interest in Confucius (which the bandit government first opposed and then tried to co-opt) highlights the hunger people in China have for the magnificent imperial legacy that they have been denied. In time, perhaps, it may lead to more people reconsidering whether or not what they have been taught for so long might be in error, that Imperial China had some positive aspects (gasp!) and just maybe, eventually, this renewed interest in things traditionally Chinese might lead to the restoration of the one institution that was at the heart and center of it all: the monarchy.

Wansui!
Posted by MadMonarchist at 12:12 AM