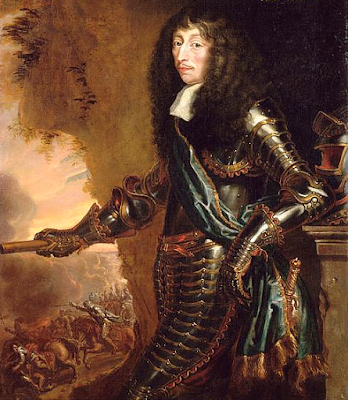 The way French military prowess is routinely denigrated, it is no wonder that the ignorant often say scoffingly that, in terms of great military leaders, the French would have nothing without Napoleon. And Napoleon wasn’t even really French. This attitude, however, derives almost entirely from World War II and is an exaggeration even if only looking at that unfortunate conflict. Rest assured, that even without Napoleon, France boasts a number of military giants, not only in French history but in the history of the world at large and one of those was most certainly Louis II de Bourbon, Prince de Condé. He was a colorful character to be sure, alternately regarded as a war hero, a traitor and the savior of his country. His achievements warrant his inclusion, not just on any list of great French military commanders but amongst the most remarkable and influential captains in world history (and he would not be the sole Frenchman on such a list).

A “prince of the blood”, Louis was born the Duke of Enghien on September 8, 1621. As such, his was a childhood of wealth and privilege. Despite their august and semi-sacred status, many Bourbon royals could still be shy, withdrawn or even possessing of a degree of humility. Condé, however, was not one of them. He was proud, arrogant and could be extremely condescending. Yet, he was one of those rare personalities who, to the frustration of some, had as much talent as he had vanity. Entrusted, because of his birth, with a military command at the age of only nineteen, Condé nonetheless quickly proved that he more than merited such a position. He was no listless lord, no idle aristocrat, not at all one of those puffed up princes of popular fiction who is all glamour and no substance, the sort in any story we all wait to receive his comeuppance. On the contrary, Condé was driven to excel, possessed immense determination and real bravery. He also learned the art of war very quickly and very well. He became a master at evaluating the enemy and exploiting the slightest weakness.

He displayed so much talent that within three years he was given command of the French army and posted to the frontier to defend against an invasion from the Spanish Netherlands. However, standing still on the defensive was not his style. Condé went on the offensive himself and intercepted the Spanish army at Rocroi on May 19, 1643. This was no small affair. The Spanish infantry formations of pikemen and musketeers were rightly regarded as the best in the world in those days, a powerful combination of powder and steel that seemed unstoppable. The vaunted tercios, however, had met their match in the Prince de Condé. He concentrated his artillery to blast the Spanish lines, outflanked their cavalry with his own and then crushed the Spanish from both sides as his own infantry charged from the front and his cavalry from the rear. It was one of the most spectacular victories in French history. While losing only 2,000 men, Condé had wiped out 20,000 Spaniards, destroyed their army and in so doing also destroyed 150 years of Spanish military dominance in Europe. He had correctly evaluated his enemy and brilliantly exploited their weaknesses. It was his specialty and he won a victory that would never be forgotten.

The Battle of Rocroi, however, was only the beginning for the Prince de Condé. He next shifted to Alsace to meet the Bavarians. Although he did not destroy their army totally as he had the Spanish, in three sharp battles he forced the Bavarians to quit French soil and retreat back across the Rhine. When they returned the following year, Condé, along with another giant of French military history, Turenne, again defeated the Bavarians and forced them to withdraw. Time and again, over the next decade, Condé was called upon to chastise the enemies of France but with each victory he also gained enemies at court where jealously about the young man who so dominated the battlefields was not uncommon. The greater his popularity, the greater the envy many felt towards him. He did have his setbacks as well. In 1647 he was dispatched to Spain and met with a bitter loss at Lerida, a failure of logistics rather than battlefield tactics. Nonetheless, it was an aberration and he still succeeded in carrying out the occupation of Catalonia.

1648 saw the Prince de Condé rushed to command the French army in Flanders, the target of the Spanish forces of Archduke Leopold Wilhelm. Condé concocted a cunning trap for the Archduke, feigning a retreat to draw the Spanish out of their defenses at Lens on August 20. The enemy took the bait and as they came out Condé again used his cavalry to outflank them and rolled them up like a blanket. This additional success was welcome but it came at a time of great turmoil in France. “The God-given” Louis XIV was officially King of France but it was his mother, Queen Anne of Austria, who ruled as regent. She, however, had handed actual power over to Cardinal Mazarin and rumors about the two were rampant. Soon, leading aristocrats in France were preparing to rise up in revolt against the Queen-regent and Cardinal Mazarin. To lead this rebellion, the “Fronde”, the elites recruited the Prince de Condé. More controversial still, he made common cause with his former Spanish enemies to bring down the Queen Mother.

In 1658, at the head of a largely Spanish army, the Prince de Condé met the loyalist forces of his old comrade-in-arms, the great Turenne. The resulting battle was short but decisive and it was Turenne who emerged victorious. Condé retreated, having already been sentenced to death in absentia for treason in 1654. The situation in France stabilized after 1659 when the war ended with the Treaty of the Pyrenees and the Prince began to use his connections to lobby for his pardon and return home. Many, obviously, were not enthusiastic about this but the enemies of France persisted and it proved impossible to leave so talented a captain in exile. In 1668 Condé finally succeeded in being brought home and given command of another French army. Some distrusted him and always would but his immense talents had not abandoned him and after a smashing victory over the Dutch at Arnhem in 1672 and later another triumph over the Prince of Orange at Seneffe in 1674, his loyalty seemed well proven and his critics were largely silenced.

The success at Seneffe, however, would prove to be his last victory. Although only in his mid-fifties, that was a more advanced age for the time than it is today and Condé was suffering from a variety of ailments ranging from gout, the common affliction of the upper class, to the simple effects of old age and so many years campaigning. He was simply no longer physically capable of taking to the battlefield and so, after more than thirty years of leadership, retired to his palatial home, devoting his remaining years to his family, study and of course, living as lavishly as he could. The great Condé died at Fontainebleau on December 11, 1686 at the age of sixty-five. 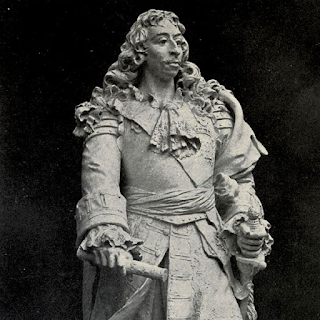 The Prince de Condé was one of the most remarkable figures France has ever produced and one of the most brilliant tacticians the world has ever seen. Coming from the very elite of the elite, Condé was nonetheless a “hands on” commander, a general who led from the front and who had the scars to show for it. During his many years of battles he had numerous horses shot out from under him and was wounded in action on multiple occasions. His courage was beyond question and his skill was obvious for all to see. He had a very quick mind, remarkable powers of observation and almost always found some fault in his enemy that he could exploit, in the heat of battle, to win the day. In his own time, Turenne was probably the only commander more influential than he and of course it helped that Turenne was never branded a traitor. Yet, even in that, Condé proved himself capable of snatching victory from the jaws of defeat in his own life. Widely regarded as the greatest war hero in France, he was condemned as a traitor, sentenced to death and yet, in a time of crisis, came back and smashed the Dutch to be celebrated as the savior of his country. In any listing of the great captains of history, from all around the world, one will surely find the name of Louis II de Bourbon, Prince de Condé.
Posted by MadMonarchist at 10:24 PM