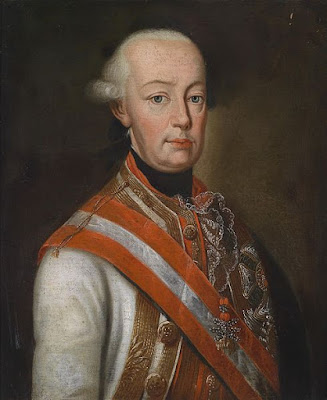 His Royal Highness Peter Leopold Josef Anton Joachim Pius Gotthard von Habsburg-Lothringen, Prince Imperial and Archduke of Austria, Prince of Hungary and Bohemia, Prince of Tuscany was born in Vienna, Austria on May 5, 1747 the ninth child and third son of Emperor-Elect Francis Stephen and Empress Maria Theresa, Archduchess of Austria and Queen of Hungary. When his older brother, Archduke Charles, died of smallpox early in life in 1761 he became next in line for the Habsburg throne after his eldest brother who would be Emperor Joseph II. As it was not expected that he would inherit the numerous thrones of the House of Habsburg, as a child he was first given an education aimed at his joining the priesthood. However, even while quite young he did not take well to his religious education and it soon became clear he was not cut out to be a priest. Instead, it was decided to ‘farm him out’ to Italy and as a child he was engaged to marry the heiress of the Duchy of Modena. This never came to be but Italy was still in his future. 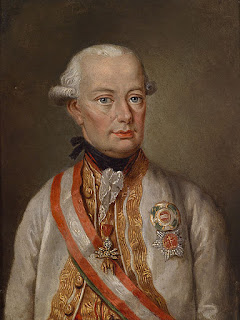 In an effort to keep as much of Italy within the Habsburg family as possible, an agreement was made to marry him to the Infanta Maria Luisa of Spain, daughter of His Catholic Majesty King Carlos III, and make him heir to the Grand Duchy of Tuscany which was then held by his father. As such, when Francis Stephan died in 1765 and his older brother became Emperor Joseph II, Archduke Leopold became the Grand Duke of Tuscany, though even as a young man he had little to do. His formidable mother, Empress Maria Theresa, appointed most of the officials who actually administered the country and his brother the Emperor also made sure that Tuscany stayed in step with the rest of the Habsburg lands. As such he had little to do in Florence and, unfortunately, occupied much of his time with a string of extramarital affairs. However, he was not without ambition and ideas of his own and in 1770 he was able to free himself from Vienna and take matters in hand himself.

After taking power into his own hands, Grand Duke Leopold lowered taxes, enacted a public works program, streamlined the bureaucracy, cut government regulations, abolished the death penalty and tried to appropriate the property of the Church, which he did not succeed at but which was illustrative of his problems with the Catholic hierarchy and the source of considerable tensions between himself and the Pope. He was not very popular with his Italian subjects, however, as his entire personality was very much at odds with the culture of Tuscany. He was austere, private, preferred to live simply and, like his brother, wanted rationality in all things. His people rather liked displays of pageantry, grandeur and had become used to the way things had been since the days of the Medici. There were corruptions, but they were corruptions the people had become comfortable with and the tension with the Church also caused problems. All in all, Leopold was simply too German or Austrian for his very Italian subjects. His improvements of public health, provision for the mentally ill and abolition of corporal punishment were things most people approved of, but he simply did not act like a typical Italian prince was expected to. Where he was expected to be grand, lavish and vibrant, he was plain, not very sociable and rather reclusive. 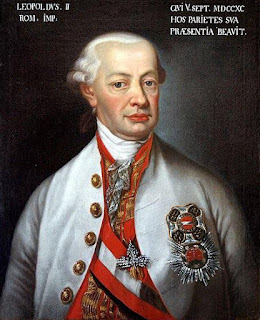 The family life of Leopold II was rather similar. His Spanish Bourbon wife, Maria Luisa, was rather more devoutly religious than he was but she was also a devoted, tolerant wife who was very supportive of her husband, ignored his numerous affairs and seemed genuinely attached to him despite her being more of the warm and friendly type and he being more of the cold, silent type. Nonetheless, their marriage, odd as it looked, seemed to work for them as they had sixteen children together, securing the future of the Habsburg-Lorraine dynasty. As far as his older brother was concerned, Leopold and Joseph were as close as two siblings of their nature could be. Leopold was supportive of his brother, approved of his policies and the two were essentially on the same page on most any issue. He had genuine concern for him, yet was still cold and calculating enough to keep his distance from Joseph II over policies which were unpopular, even though Leopold himself approved of them. At the end of his reign, Joseph II was beset by problems; unrest in Belgium, unrest in Hungary, tensions with the Church, opposition to his policy of Germanization, but when he was on his deathbed and tried to have his younger brother take over as regent, Leopold refused and it was some time after the death of Emperor Joseph II that Leopold left Florence for Vienna in 1790.

Once he became Emperor-Elect Leopold II of the Holy Roman Empire/First German Reich, Leopold became one of those monarchs who falls between the two larger personalities. Historians tend to give little attention to his reign, Leopold II serving as little more than a temporary bridge between the reigns of Emperor Joseph II and Emperor Francis II (later Francis I of Austria). Yet, Leopold II came along at a critical time in the history of Europe and western civilization in general. The French Revolution was building steam, and without France, Austria had no support against the growing powers of Prussia to the north and Russia to the east. The Ottoman Turks were also a constant irritant to the south. Within the empire, there was also unrest among the Hungarians, Bohemians, Belgians, the clergy and the nobility. Emperor Leopold II tried to steer a middle course, repealing just enough of the policies of his autocratic brother to gain support but holding to most of the same principles. 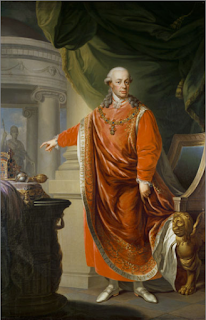 Leopold II adopted a ‘divide an conquer’ strategy to restore imperial rule over Belgium, then secured a pact with the King of Prussia to oppose the revolution in France. However, this was an agreement neither had any intention of acting on, at least for the time being, but it served to prevent any moves by Russia in the east while the German states were engaged in the west. He arranged a truce with the Turks to put off any trouble on that front and made renewed efforts at friendship with the British, aided by the fact that his brother Emperor Joseph II had been the most vociferous European monarch in condemning the recent rebellion in the British colonies in America. He relented on some of his brother’s efforts to bring “rationality” to Catholicism but still maintained state controls over the Church and papal pronouncements. He maintained many of the public services of his brother but revoked emancipation and returned some peasants to serfdom in order to win back the support of the Bohemian nobility. He placated the Hungarians by having a Hungarian coronation (which his brother had never done) and granting the Magyar nobles a more prominent voice in national affairs, seen by some as the first step toward the eventual “dual-monarchy”.

Naturally, the growing French Revolution increasingly occupied the mind of the crowned heads of Europe. Emperor Leopold II had taken no action against the revolutionaries, at times seemed to think the situation had resolved itself with King Louis’ forced acceptance of a constitutional monarchy, yet later Leopold called for monarchist solidarity in opposing the Revolution after the arrest of the French King and Queen. However, again, he took no action, refusing to break his scheduled priorities and focusing on his peace negotiations with the Turks. The situation in France was worsening by the day when Emperor Leopold II suddenly dropped dead in Vienna in March of 1792 after only two years on the imperial throne, passing the Habsburg dominions to his son who became Emperor Francis II, later Emperor Francis I of Austria. It would be left to him to be the primary continental opposition to the forces of the French Revolution, the empire of Napoleon and to lead the forces of counterrevolution in Europe in the Nineteenth Century. 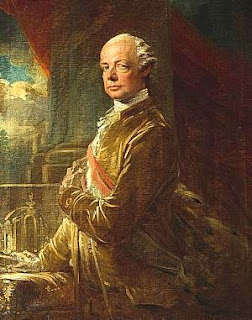 All in all, Emperor Leopold II did not make much of an impression during his reign. Perhaps, had he reigned for more than two years, he would be viewed differently. However, as it was, he had much the same views as his brother and predecessor, while being more politically flexible, less autocratic and more inclined to be pragmatic. This had made him, in turn, more criticized by both ends of the political spectrum. Still, at a time when Europe was on the brink of upheavals that would be almost unprecedented, Emperor Leopold II did secure his countries, ending less important problems to focus on the growing threat of revolution and took the first steps towards an alliance of the crowned heads of Europe to stand opposed to the spread of carnivorous republicanism. He tended not to be a very likable man but no one could call him an incapable one.
Posted by MadMonarchist at 2:51 AM