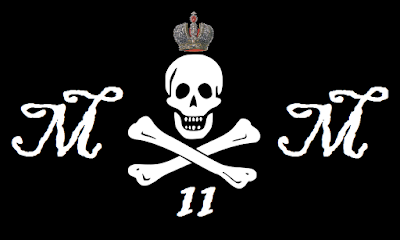 (Since the mainstream media still seems obsessed with the term and since the previous article like this proved rather popular it is back again but, again, if the reader response is lacking, this will not be a regular feature. For now though, here again is more totally fake news, though, as before, at least one story will be accurate. See if you can spot it.)

Starting in Europe, recent news has again been quite unprecedented. Previous reports were proven correct when, shortly after taking back control of Puerto Rico, the Kingdom of Spain launched an invasion of Cuba with the intention of “liberating the island from the Marxist Castro regime”. Raul Castro vowed to fight the Spanish to the finish though, of course, when asked for comment, U.S. President Trump said, “tell the Cubans not to count on our help this time”. Perhaps seeing which way the wind is blowing, the Dominican Republic, recently cut off from all U.S. foreign aid, announced their willing return to Spanish sovereignty of their own free will. The King of Spain also officially announced the reinstitution of the Spanish Inquisition and the expulsion of all non-Catholic Spanish citizens from the country. British retirees living in Spain will, according to a government spokesman, not be affected by this decree. 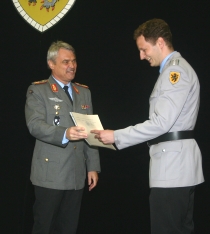 To the north, Iceland, likewise declared itself a kingdom under the Crown of Denmark. Shortly thereafter the, now former, President of Iceland was released from Denmark to return home after taking an oath of allegiance to the Queen. Meanwhile, in Germany, the “March on Berlin” has culminated in what amounts to a military coup. The Bundestag was closed down and Prince Georg Friedrich of Prussia issued an official statement saying that the abdication of Kaiser Wilhelm II had been invalid and all subsequent governments illegitimate and proclaiming himself, by right of inheritance, Kaiser Friedrich IV. He also called for all German princes to be restored and to join him in Berlin for the drawing up of a new German constitution to provide a legal framework for what is already being referred to as the German Empire, though some controversy quickly erupted as to whether it should be regarded as the “third” or “fourth” such empire. Former Chancellor Angela Merkl is, as far as reporters can tell, being held under arrest at some undisclosed location and is facing possible charges of ‘treason against the Germans’ for her actions.

In Rome, following a massive stroke, Pope Francis resigned. In the fastest gathering of the College of Cardinals yet seen, American Cardinal Raymond Burke was elected as the Successor of St Peter, taking the name of Pope Innocent XIV. There appear to be many changes going on behind the walls of the Vatican but we have been told that by next month Pope Innocent XIV will have a coronation to mark the beginning of his pontificate, the first since the coronation of Pope Paul VI in 1963. The new Pontiff has made it clear that he shall be very different from his predecessor but said he intends to be crowned with the Papal Tiara of Pope Francis as “a fitting tribute” to the now former Pontiff. However, pundits are still arguing over whether this is actually meant to honor Francis or a not-so-subtle slap in the face of the previous Bishop of Rome most known for his ostentatious public displays of humility. 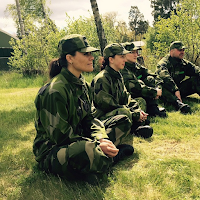 A drastic change has also taken place in Sweden where King Carl XVI Gustaf, backed by the Swedish military, dismissed the government after declaring a state of national emergency and ordered the expulsion of all ethnic non-Swedes from the country. He also proposed that tensions with Russia could be eased if Finland, Estonia and Latvia were to join in personal union with Sweden, a neutral country, which would remove remaining NATO forces from the Russian border. Lithuania was excluded from the program on the basis that they may wish to come to an arrangement with Poland. Meanwhile, in Russia itself, President Vladimir Putin has decided that the Romanov dynasty can be restored, provided he is still allowed to run the country. As a sign of goodwill, “God Save the Czar” has officially been restored as the Russian national anthem.

In the Americas, after new revelations of corruption on the part of President Michel Temer, a national referendum was held on the subject of doing away with the presidency entirely and restoring the Empire of Brazil. The result was an overwhelming defeat for supporters of the presidency with Prince Luiz being named as Emperor of Brazil with temporary emergency powers. He said his first order of business will be to eliminate the political class, revive the importance of private property after which he intends to aid his distant relatives in restoring the Kingdom of Portugal. Once that is done he said he has some vague ideas about joining forces with Portugal to liberate the former Portuguese colonies and teach the locals about Austrian economics, perhaps by means of an all Afro-Brazilian Expeditionary Force.

On the North American continent, while forging ahead with his plan to build a wall on the southern border, President Trump was presented with a proposal from friend and former UKIP leader Nigel Farage for the United States of America to join the British Commonwealth of Nations as an “Associate Member” with the Royal Commonwealth Society currently in negotiations concerning the opening a branch office in New York City to work toward that goal. The plan reportedly has the support of Queen Elizabeth II and was undertaken at the present time due to the often-expressed admiration that Donald Trump’s late royalist mother had for the Queen. The White House was, according to Andrew Wigmore, “very positive” about the proposal for the United States to join the Commonwealth, made up almost exclusively of countries formerly part of the British Empire. 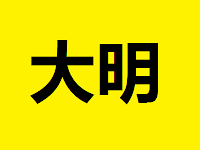 In Asian news, following a surprising collaboration of the ruling Democratic Progressives and the Chinese Nationalist Party, the government of Taiwan announced the discovery of a man they claim is the legitimate heir of Zheng Keshuang who is to be enthroned as the King of Tungning. This was immediately denounced by many, particularly on the mainland, as a violation of the “One China Policy” however, the Nationalists were quick to point out that while this was a concession to the independence faction of the DPP that they backed the project because they do not view it as a repudiation of the “One China Policy” but rather a stepping stone to making China truly one again by ultimately restoring the Great Ming Empire on the mainland. At the moment, the new King is keeping a low profile, under tight security inside historic Fort Provintia which has been converted to a private residence for his use. While his enthronement is being planned the government is working to reacquaint the population with the traditional customs of Imperial China. The Communist government in Peking is certainly making angry noises about all of this but so far seem unsure of exactly what they should do about it with some apparently wondering if the government on Taiwan is not pulling an elaborate prank. However, the United States and Japan, which recently scrapped Article IX of their constitution, have pledged their full support for Taiwan in the event of any aggression from the Chinese mainland.

This has been totally Fake News from The Mad Monarchist, all the news from around the world that is completely fake and unfit to print. Unfortunately.

(For those who did not spot it, the one accurate story was the paragraph about the proposal presented to the White House for the United States to join the British Commonwealth. That did actually happen.)
Posted by MadMonarchist at 1:07 AM