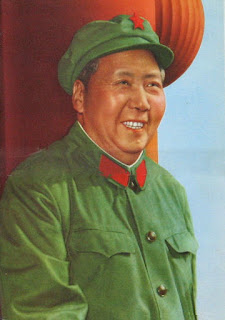 Recently, the People’s Republic of China announced that they are officially changing the date for the start of World War II. They did this, they openly said, to highlight the role of the Communist Party in fighting the Japanese and as part of an overall campaign to instill patriotic fervor, and some would say xenophobia, in the Chinese youth of today. Which, in itself, only makes sense if one takes into account the amount of deception already in place when it comes to how the Chinese Communist Party uses history as a political tool. This has also meant that they have had to adjust their official name for World War II in East Asia from, “The Eight-Year War of Resistance Against Japanese Aggression” to, “The Fourteen-Year War of Resistance Against Japanese Aggression”. Hardly rolls off the tongue but maybe it sounds better in Chinese. Some commentators, such as Michael Peck at “The National Interest” have said that the Chinese are doing the right thing but for the wrong reason. Actually, they are doing the wrong thing for the wrong reason. Nothing about this is right or remotely accurate. 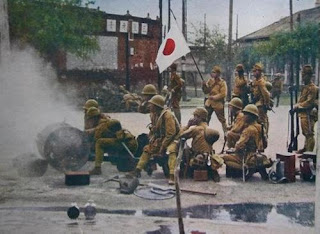 Traditionally, historians have dated the start of the Second Sino-Japanese War or World War II in East Asia (or the “Greater East Asian War” if you’re in Japan) to the Marco Polo Bridge Incident of July 7, 1937. This is because it was from that point onward, increasing in intensity, that large-scale combat occurred between Chinese and Japanese military forces. So, that makes sense. The Republic of China did not actually declare war on the Empire of Japan until after the attack on Pearl Harbor when the United States, Great Britain, The Netherlands, Australia and others became involved. This was mostly because the leader of the Republic of China, Generalissimo Chiang Kai-shek, was, in my opinion, leaving himself room for maneuver in case the persistent communist threat became a greater concern to him than the Japanese, so that he could negotiate a settlement with Japan in order to focus on fighting Mao Zedong and his communist bandits. Clearly, a war was being fought between Chinese and Japanese forces long before 1941 so taking into account declarations of war is rather meaningless.

Now, the Chinese Communist Party is changing its history books to say that the war actually began at the time of the Mukden Incident on September 18, 1931 when, after a small bomb was exploded on the Japanese-owned South Manchurian Railway, troops of the Imperial Japanese Army rushed in and quickly took control of the region, occupying Manchuria and later established the State (and finally Empire) of Manchukuo under the titular leadership of the last Qing Dynasty Emperor. This, they say, is when the Japanese first invaded China, first engaged in hostile action against China and thus that this was really when World War II in East Asia began. However, while it may make for a nice narrative, this is simply misleading. The war did not start in 1931, plain and simple. That is not what happened and no amount of word play can change the actual facts. The reason some people are buying into this narrative is because they have already swallowed a previous falsehood that has been allowed to take root. The preliminary falsehood is that the Republic of China had any legitimate right to claim ownership of Manchuria in the first place.

That is what this whole farce is based on, that “Japan invaded China” in 1931 and so the war can be said to have started then. Some, like Peter Harmsen, who writes about Japanese atrocities, say that the invasion of Manchuria was, “a full-scale Japanese invasion of territory that had been part of China for centuries” which sounds dramatic and is easy for people to believe, looking at maps seems to verify it, but this is totally untrue. Manchuria had not been part of China for centuries, the Manchu Imperial Family ruled over China for centuries. As I have said before, this would be like saying that prior to 1783 the British Isles had been part of America for centuries. Manchuria was a separate, independent country. The rulers of that country were the Qing Dynasty emperors. They ruled Manchuria and the Ming Dynasty ruled China. Then the Qing Emperor became the Great Khan of Mongolia also. So Manchuria and Mongolia had the same Emperor. Then the Ming Dynasty was overthrown, chaos ensued, the Qing Emperor from Manchuria invaded China and became the accepted, recognized Emperor. You will notice that at no point do the Chinese invade and conquer or buy or annex Manchuria. The ruler of Manchuria became the ruler of China.

Then, centuries later, the Chinese rose up against the Manchu Emperor, he abdicated and the Republic of China was established. The Republic of China, however, claimed ownership over all countries besides their own that had also been ruled by the Manchu Emperors such as Tibet, Mongolia and Manchuria. A certain White Russian general expelled them from Mongolia but the rest were eventually taken and remain part of China to this day, though at least in the case of Tibet some people do recognize the injustice of it. However, Manchuria should be no different. Which is why I have long said, and will go on saying no matter how unpopular it is, that the Japanese occupation of Manchuria and the restoration of the last Qing Emperor to the throne of “Manchukuo” (which is simply how you say Manchuria in Chinese) was the correction of an historical injustice. You can agree or disagree on whether the actions of the Japanese in Manchuria were positive or negative but they had put back on the throne the one man who had the only legitimate right to be there. They restored, officially (whether ‘genuinely’ or not people can debate) the independence of a country that had been independent before and had never been “a part of China”.

That is the basis of this issue and the one the Chinese Communist Party (CCP) most wishes to cover up because it is, so to speak, the root of their entire tree of lies on this issue. The more obvious falsehood is that, as U.S. General William T. Sherman said, “War means fighting and fighting means killing” and not much of that happened in 1931. It is perfectly obvious that the war did not start with the Japanese occupation of Manchuria in 1931 because, on the whole, the Chinese did not resist. There was little to fighting in the whole process. China made no effort to defend Manchuria and this was a matter of official policy. It also makes the current tactic of the CCP trying to take credit for resisting the Japanese all the more laughable. Republic of China president Generalissimo Chiang Kai-shek had ordered a policy of non-resistance to the Japanese in order to focus on the threat posed by the communist insurgency, which he regarded as more serious. The Chinese Northeastern Army under General Zhang Xueliang was vastly largely than the Japanese forces that moved into Manchuria and yet no significant resistance was offered. 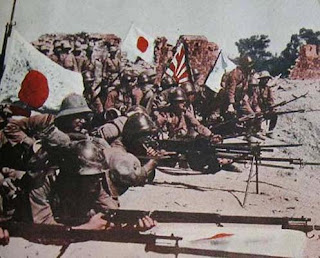 It takes some severe twisting of the facts to insist that a war started in 1931 when there was little to no fighting rather than in 1937 when the armies of two nations became engaged in increasingly large scale combat. Common sense would seem to indicate that a war starts when two sides begin fighting but common sense is often unfashionable and doesn’t always fit with political narratives. The Chinese government decided, as a matter of policy, not to oppose the Japanese and that did not change until 1937 when both sides were drawn into conflict after the Marco Polo Bridge Incident. The Chinese communists, you may note, had little to do with any of this other than, perhaps, doing their best to instigate a clash between the Japanese and the Chinese nationalists, knowing it would be to their benefit (in certain cases Mao openly stated this). That, however, also goes against their current narrative. Getting into the details also, ultimately, only serves to bolster the case of Japan since doing that tends to reveal how chaotic China was during this period and what a loose claim to any actual authority the republican government had.

The Japanese have voiced some disapproval over what the Chinese communist government is doing with this re-working of the World War II timeline but they are likely the only ones who will. Encouraging anti-Japanese hatred over historical events has become a mainstay of the CCP’s program to unite the people and divert their frustrations away from the government and toward a foreign power that is not allowed to go to war anymore. One could say that it does reveal how insecure they are about their own national narrative and how shaky the ground is that it rests on. What is alarming is that so many people in other parts of the world have bought into their false narrative, usually because of anti-Japanese sentiment on their own part because of World War II which allows them to easily slip from, “the Japanese are guilty of this” to “the Japanese are guilty of everything”. It is not, however, factual, it is not real history and it should not go unanswered. The effort of the CCP to take credit for everything the nationalists did and to erase from the history books any traces of the Qing Dynasty and the Manchurian nation should be resisted.
Posted by MadMonarchist at 1:14 AM