Inspiration In A Tragic Anniversary 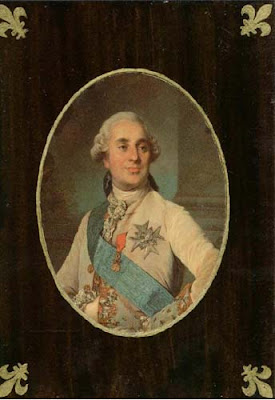 It was on this day in 1793 that His Most Christian Majesty King Louis XVI of France was beheaded by a gang of revolutionary criminals calling themselves the government of the First French Republic. He was certainly not the only innocent man to have his life taken by this same insidious poison. His wife would also lose her head and their little boy would be brutalized and ultimately starved to death. The "Reign of Terror" would take the lives of many, many tens of thousands of French men, women and children, all in the name of their radical, Utopian, egalitarian, blood-stained ideology. Most readers here will be well aware of this unpleasant story, so repeating all the gory details can be avoided. However, there is something beneficial in the inspiration that this sad history provides. The most obvious, of course, the pious and courageous way in which King Louis XVI met his end but it extends far beyond his own example.

Thomas Paine, famous as the propagandist of the American War for Independence (who ended his life despised in America for his virulent anti-Christian tirades and attacks on the character of George Washington) was also part of the gang of villains behind the French Revolution. However, he warned his fellow revolutionaries that killing King Louis XVI would be a mistake. Indeed, his opposition caused Paine to be arrested and were it not for foreign intervention he likely would have been killed too. Paine, of course, had little to no sympathy for King Louis XVI himself, but warned the French revolutionaries that if they killed the King they would forever forfeit the goodwill and support of the American people and the newly independent United States which saw His Most Christian Majesty as their great savior, who had aided them in their hour of need. Paine was proven correct. The Franco-American alliance died along with King Louis XVI at the Place de la Revolution. 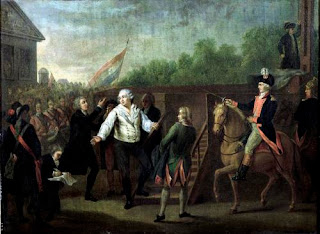 The U.S. would go on to fight an "undeclared war" against the French Republic, its first conflict as an independent country but this was relatively minor compared to the reaction of the rest of the western world. The regicide of King Louis XVI sparked what was probably the greatest era of monarchial solidarity that western civilization would ever see. That was truly inspirational. The Austrian Kaiser, the King of Prussia, the King of Spain, the King of Portugal, the King of Naples and the rulers of other Italian states all came together. The King of Piedmont-Sardinia, who could not hope to triumph over his massive neighbor, enthusiastically joined the fight. The King of Great of Britain and Ireland, which had so recently fought against King Louis XVI, nonetheless put history aside and joined in the common struggle against the revolutionary pestilence. Here was an example of European unity that required no top-heavy talking shop of sinister, parasitic politicians to bring about, only shared values and a sense of honor.

Their example should serve as an inspiration for us and shame us for our own divisions and petty squabbling. The Habsburg and Bourbon dynasties had long been rivals, the French and English for even longer. Britain and Prussia were Protestant, Spain and Austria were Catholic but none of that mattered in the face of this outrage. All came together to avenge a monstrous crime, defend Christianity, civilization and the concept of traditional authority. They did this, not out of naive idealism but out of a rational understanding that they had to put aside their differences and come together because all of them were equally threatened by this revolutionary poison that had brought down, in so violent a way, the revered House of Capet which had seemed as permanent as the sun in the sky. They knew they faced a grave danger that was far more serious than what issues divided them. Their example is one we would all do well to follow today. 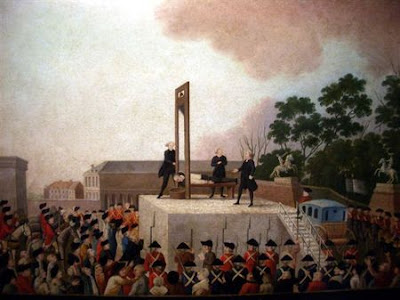 Posted by MadMonarchist at 8:08 AM